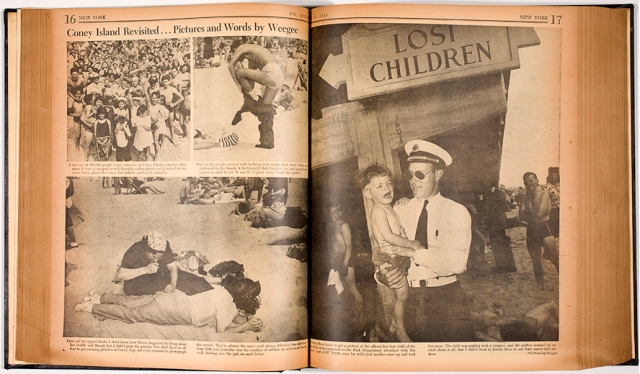 I had been waiting three hours to get a picture of the official first lost child of the new season when a man came over to the Park Department attendant with this boy and said, “Lost child.” Pretty soon his wild-eyed mother came up and took him away, the child was making such a rumpus, and the mother seemed so excited about it all, that I didn’t want to bother them to ask their names and address. PM Photos by Weegee 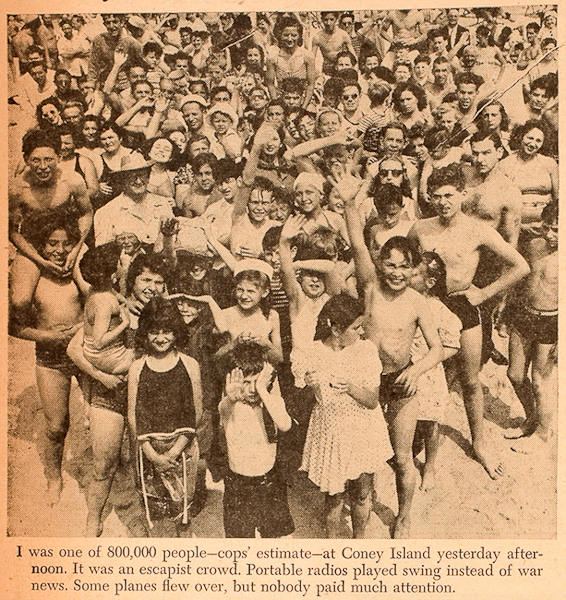 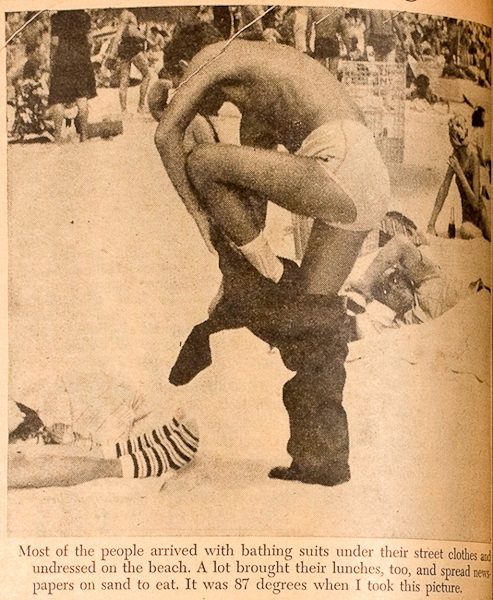 First aid for ripped slacks. I don’t know how Mama happened to bring along her needle and thread, but I didn’t pose the picture. You don’t have to do that to get amusing pictures at Coney. I go out every summer to photograph the crowds. They’re always the same – and always different. One difference from 1940 and yesterday was the number of soldiers in uniform on boardwalk, looking over the gals on sand below.

(Of course the June 9, 1941 page spread is the sequel to the above supernacular spread. Unfortunately, in 1941 we don’t learn what Weegee ate and drank, unlike in 1940: two kosher frankfurters, two beers, five more beers, malted milk, two root beers, three Coca Colas, two glasses of buttermilk, and five cigars. Nevertheless, Weegee made several great photos for the second summer in a row at a scorching Coney Island.)

Weegee Wednesdays is an occasional series exploring the life and work of Weegee.

This entry was posted in Fans in a Flashbulb and tagged 1941, Coney Island, PM, Weegee, Weegee Wednesday. Bookmark the permalink.