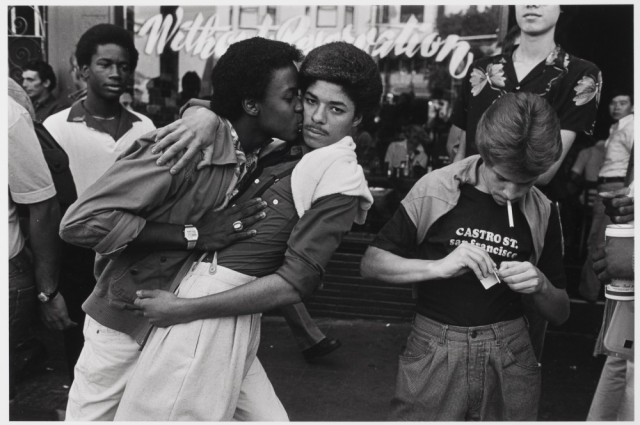 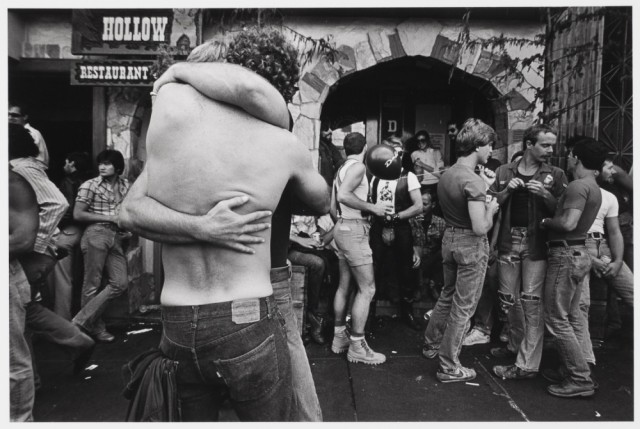 The Castro Street Fair is an annual lesbian, gay, bisexual, and transgender street festival and fair, held in the heart of San Francisco’s Castro District, the Mecca of gay life and the social center in the city. Harvey Milk (1930-1978), a politician for gay rights and the unofficial “Mayor of Castro Street,” organized the first street fair in 1974. A gay man who owned a camera shop on Castro Street who often repeated his philosophy that gays should buy from gay businesses, Milk organized the fair to attract more gay customers to the area. The fair celebrated its fortieth anniversary last month. Over the past four decades it has maintained its festive roots and evolved into a major fundraising event for the neighborhood’s nonprofits. To honor Harvey Milk, the organization has posted a short found footage clip of him discussing the 1976 street fair.

Intern Collections at the International Center of Photography, New York and MA student Film & Photographic Studies at Leiden University, the Netherlands.
View all posts by Renske van Leeuwen →
This entry was posted in Fans in a Flashbulb and tagged Castro Street Fair, homosexuality, Paul Fusco, San Francisco. Bookmark the permalink.