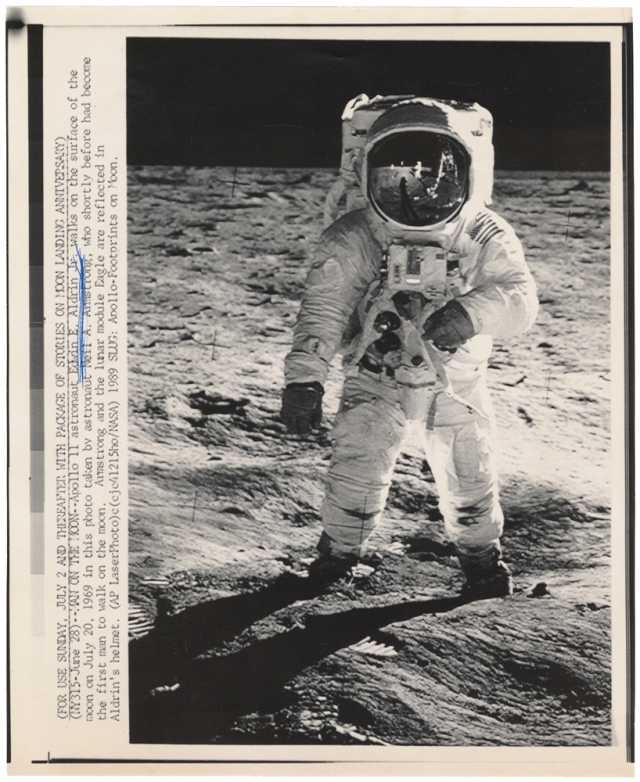 MAN ON THE MOON — Apollo 11, astronaut Edwin E. Aldrin, Jr. walks on the surface of the moon on July 20, 1969 in this photo taken by astronaut Neil A. Armstrong, who shortly before had become the first man to walk on the moon. Armstrong and the lunar module Eagle are reflected in Aldrin’s helmet. 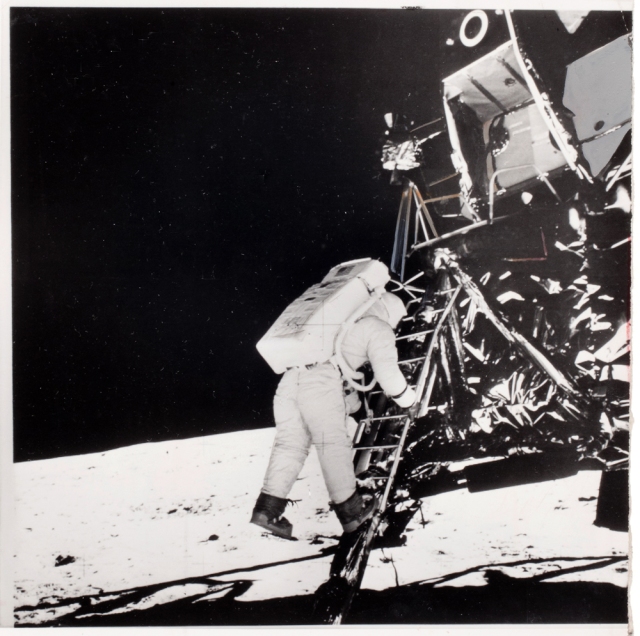 “Beautiful view. Magnificent desolation.” Buzz said after he stepped onto the surface of moon […] In a press conference Neil Armstrong said the flight was “a beginning of a new age.”

SOLAR WIND EXPERIMENT — Astronaut Edwin E. Aldrin stands beside the deployed Solar Wind Composition on the surface of the moon during the Apollo 11 EVA [Extravehicular activity]. The astronaut’s moon landing craft, dubbed “Eagle” by the crew is in the background.

WHERE APOLLO 11 LANDED — Photo diagrams show where Apollo 11 landed on the moon today, with astronauts Neil Armstrong and Edwin Aldrin aboard lunar module. Landing was in moon’s Sea of Tranquility. These moon photos were taken during the Apollo 10 mission in May. 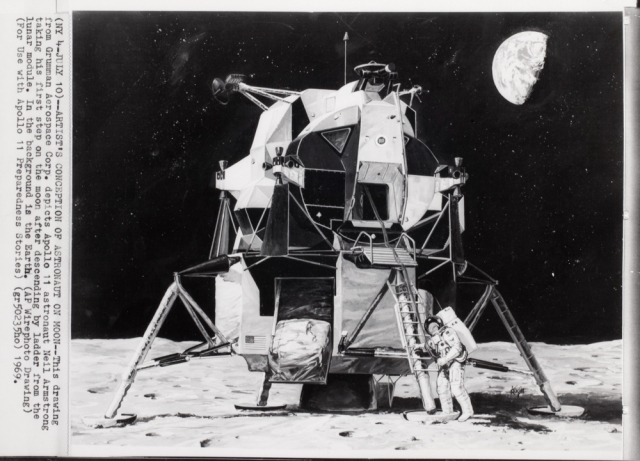 ARTIST’S CONCEPTION OF THE ASTRONAUT ON MOON — This drawing from Grumman Aerospace Corp. depicts Apollo 11 astronaut Neil Arnstrong taking his first step on the moon after descending by ladder from the lunar module. In the background is the Earth. 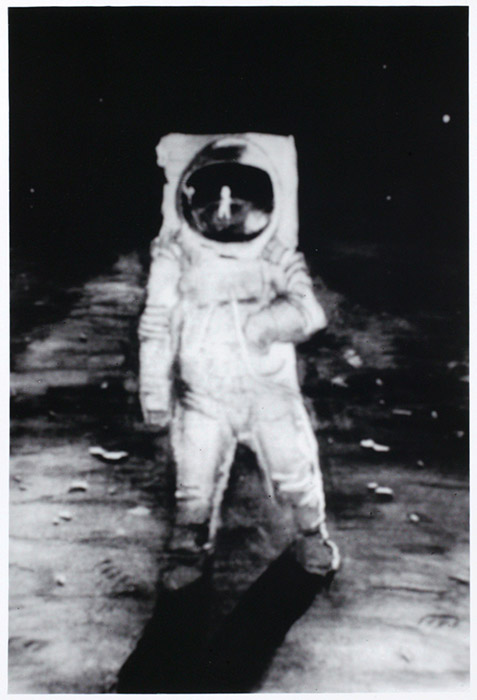