“Countdown Toward the Moon” 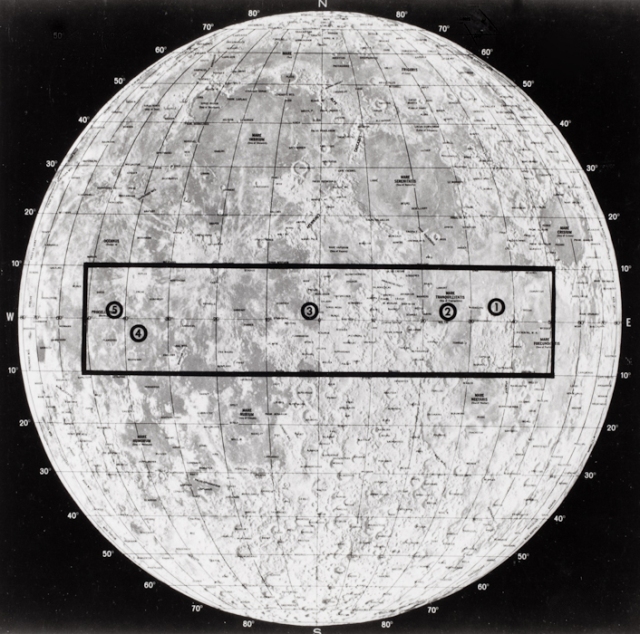 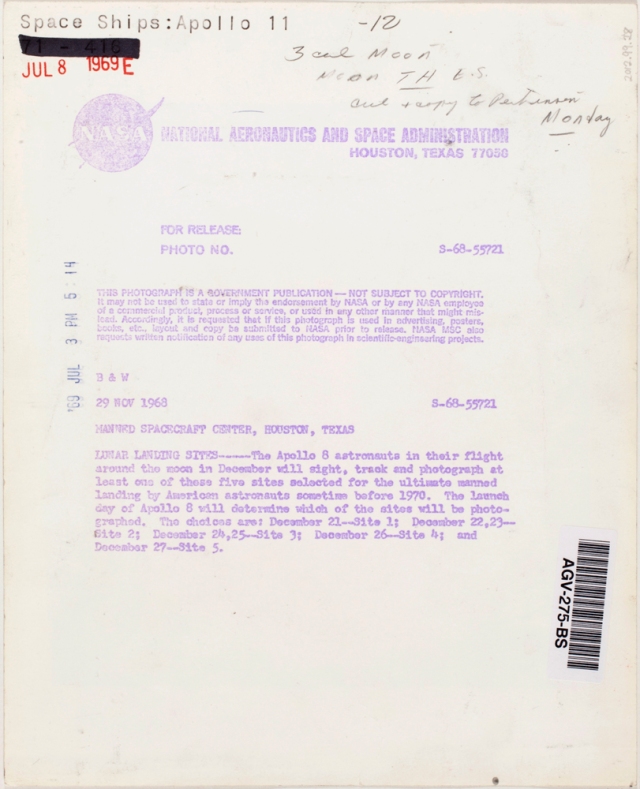 Manned Spacecraft Center, Houston, Texas, Nov 29, 1968 —
Lunar Landing Sites — The Apollo 8 astronauts in their flight around the moon in December will sight, track and photograph at least one of these five sites selected for the ultimate manned landing by American astronauts sometime before 1970. The launch day of Apollo 8 will determine which of the sites will be photographed. The choices are: December 21-Site 1; December 22, 23-Site 2; December 24, 25-site 3; December 26-Site 4; and December 27-Site 5. 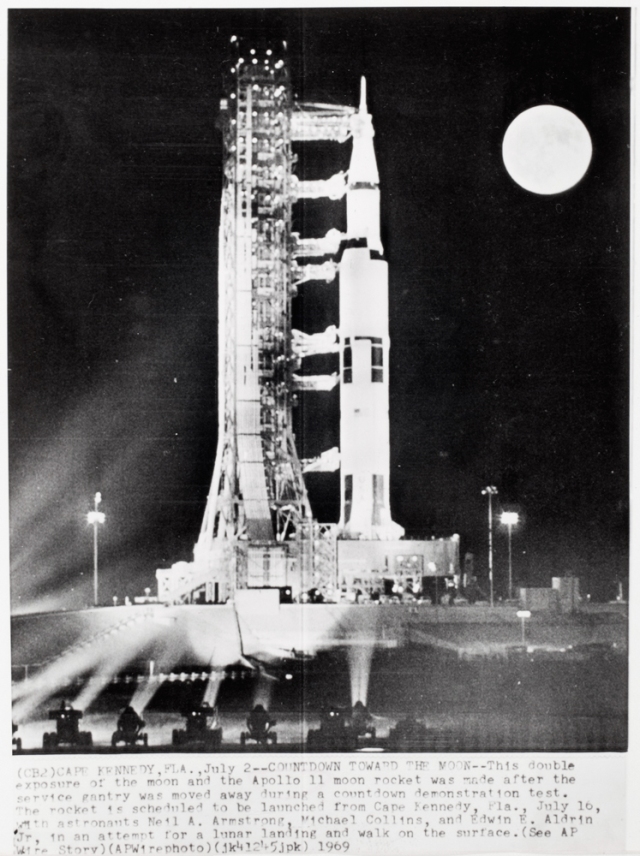 Unidentified Photographer, [Double exposure of the moon and Apollo 11 moon rocket made after service gantry was moved away during countdown, Cape Kennedy, Florida], July 2, 1969 (2012.99.2)

Cape Kennedy, Fla., July 2, 1969 —
Countdown Toward the Moon — This double exposure of the moon and The Apollo 11 moon rocket was made after the service gantry was moved away during a countdown demonstration test. The rocket is scheduled to be launched from Cape Kennedy, Florida, July 16, with astronauts Neil A. Armstrong, Michael Collins, and Edwin E. Aldrin Jr., in an attempt for lunar landing and walk on the surface.

This entry was posted in Fans in a Flashbulb and tagged 1968, 1969, moon, NASA. Bookmark the permalink.