Posted on December 26, 2019 by Christopher George 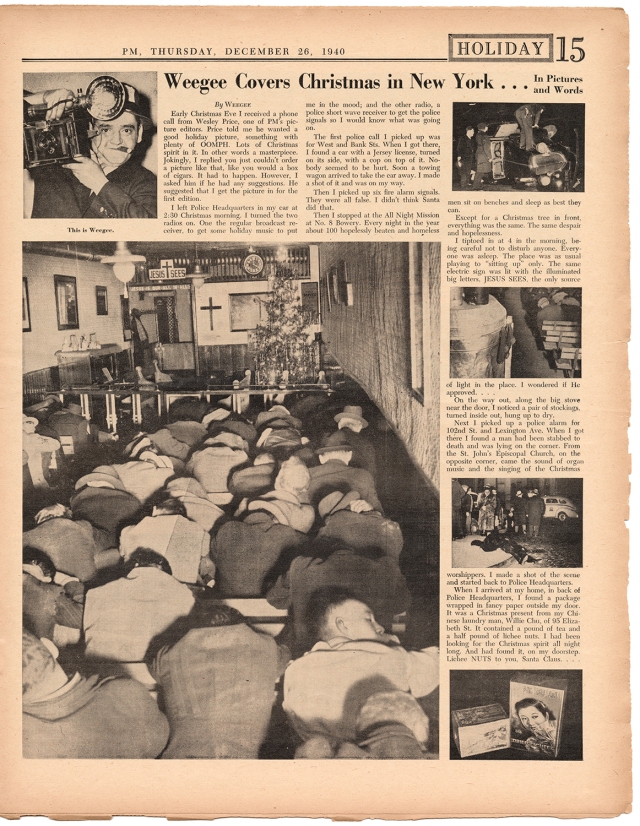 In Pictures and Words

Early Christmas Eve I received a phone call from Wesley Price, one of PM’s picture editors. Price told me he wanted a good holiday picture, something with plenty of OOMPH. Lots of Christmas spirit in it. in other words a masterpiece. Jokingly I replied you just couldn’t order a picture like that, like you would a box of cigars. It had to happen. However, I asked him if he had any suggestions. He suggested that I get the picture in for the first edition.

I left police headquarters in my car at 2:30 Christmas morning. I turned the two radios on. One the regular broadcast receiver, to get some holiday music to put me in the mood; and the other radio, a police short wave receiver to get the police signals so I would know what was going on. 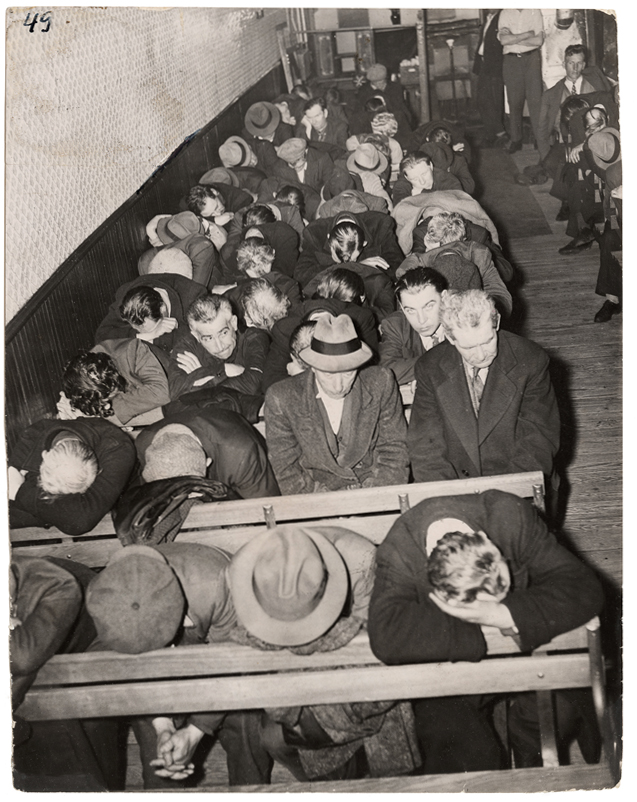 The first police call I picked up was for West and Bank Sts. When I got there I found a car with a Jersey license, turned on its side, with a cop on top of it. Nobody seemed to be hurt. Soon a towing wagon arrived to take the car away. I made a shot of it and was on my way.

Then I picked up six fire alarm signals. They were all false. I didn’t think Santa did that.

Then I stopped at the All Night Mission at No. 8 Bowery. Every night in the year about 100 hopelessly beaten and homeless men sit on benches and sleep as best they can.

Except for a Christmas tree in front, everything was the same. The same despair and hopelessness.

I tiptoed in at 4 in the morning, being careful not to disturb anyone. Everyone was asleep. The place was as usual playing to “Sitting up” only. The same electric sign was lit with the illuminated big letters, JESUS SEES, the only source of light in the place. I wondered if He approved…

On the way out, along a big stove near the door, I noticed a pair of stockings, turned inside out, hung to dry.

Next I picked up a police alarm for 102nd St. and Lexington Ave. When I got there I found a man had been stabbed to death and was lying on the corner. From the St. John’s Episcopal Church, on the opposite corner, came the sound of organ music and the singing of the Christmas worshipers. I made a shot of the scene and started back to police headquarters. 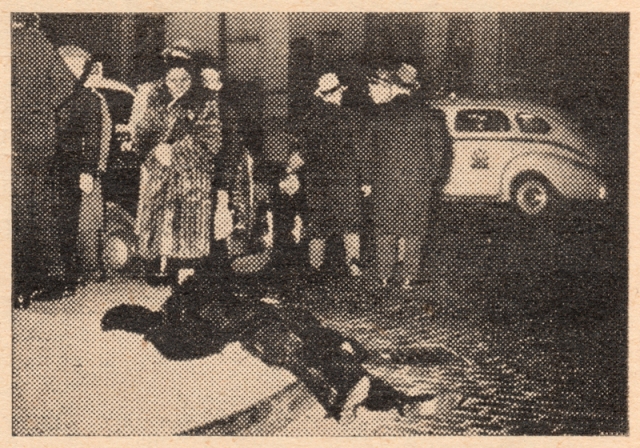 When I arrived at my home, in back of Police Headquarters, I found a package wrapped in fancy paper outside my door. It was a present from my Chinese laundry man, Willie Chu, of 95 Elizabeth St. It contained a pound of tea and a half pound of lichee nuts. I had been looking for the Christmas spirit all night long. And had found it, on my doorstep. Lichee NUTS to you, Santa Claus…