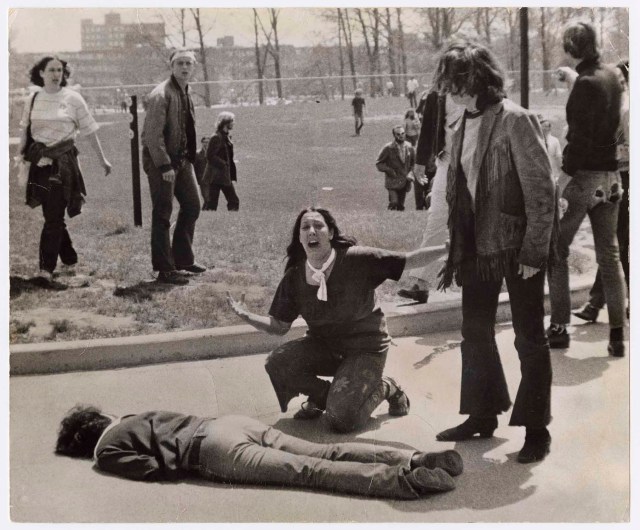 In this image Mary Ann Vecchio kneels over Jeffrey Miller, who has just been shot by the Ohio State National Guard during an anti-war protest on Kent State’s campus.  The protests in the days preceding had not been peaceful, and the Guard was called in by the mayor three days earlier to contain the violence.  The National Guard troops wore gas masks and their weapons were fitted with bayonets.

Once it was apparent that the students were not going to retreat, the troops began advancing, pushing the students up and over Blanket Hill and away from the commons.  At 12:24 pm, the National Guard troops opened fire.  Four students were killed and nine were wounded.  Miller, the closest casualty, was 265 feet from the troops when he was struck down.  Of the wounded none was closer then 71 feet away.  There is some debate over who or what instigated the first shot.

John Filo, a photojournalism student at the time, went on to win the Pulitzer Prize for this photograph.  It lives as one of the most enduring images of the anti-Vietnam war movement.

Brazilian born Vik Muniz, in his series The Best of LIFE, explores the impact of  images like Filo’s by recording his residual memories of them in his drawings. Once the drawings were completed he photographed and reproduced them in the same duo-tone process used for the original published works.  The images are shockingly accurate considering his temporal and cultural distance to the original events.  He recounts his process and feelings about this work in an introduction to the series: 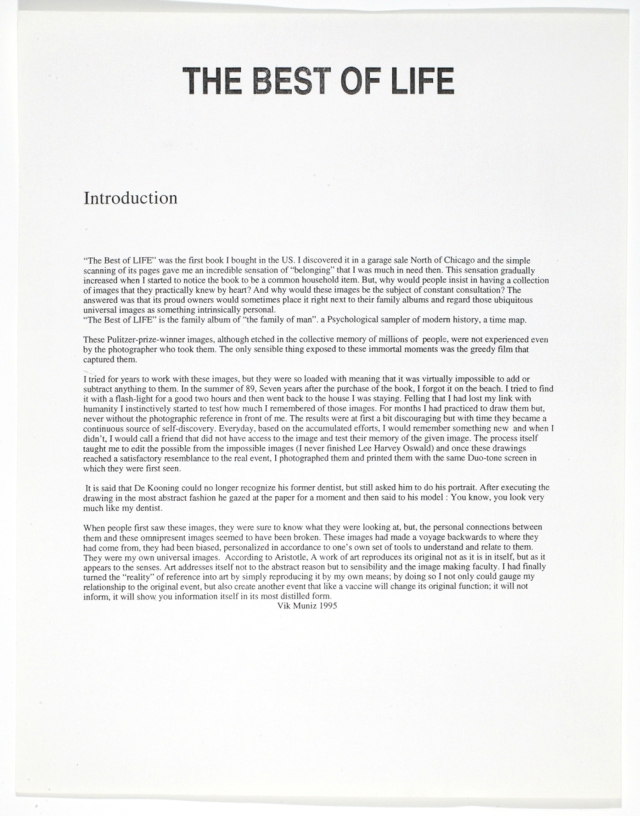 Vik Muniz, Introduction to The Best of LIFE, 1995