another one bites the dust…

“ROCHESTER, N.Y., June 22 — Eastman Kodak Company announced today that it will retire Kodachrome Color Film this year, concluding its 74-year run as a photography icon. Sales of Kodachrome Film, which became the world’s first commercially successful color film in 1935….As part of a tribute to Kodachrome Film, Kodak will donate the last rolls of the film to George Eastman House International Museum of Photography and Film in Rochester, which houses the world’s largest collection of cameras and related artifacts. Steve McCurry will shoot one of those last rolls and the images will be donated to Eastman House…” 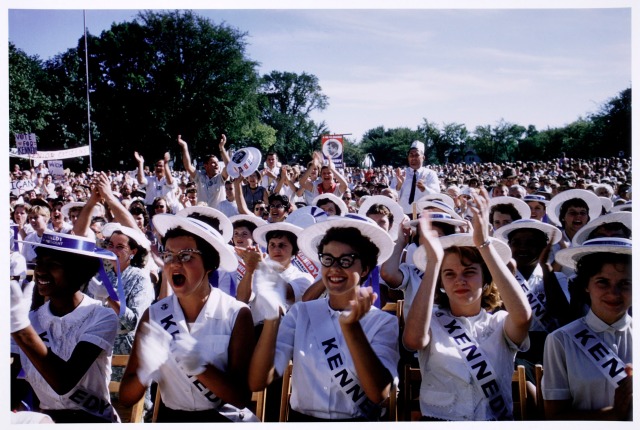 Cornell Capa, Kennedy speaking to voters from the back of the campaign train, September 8-9, 1960