Posted on March 4, 2020 by Christopher George 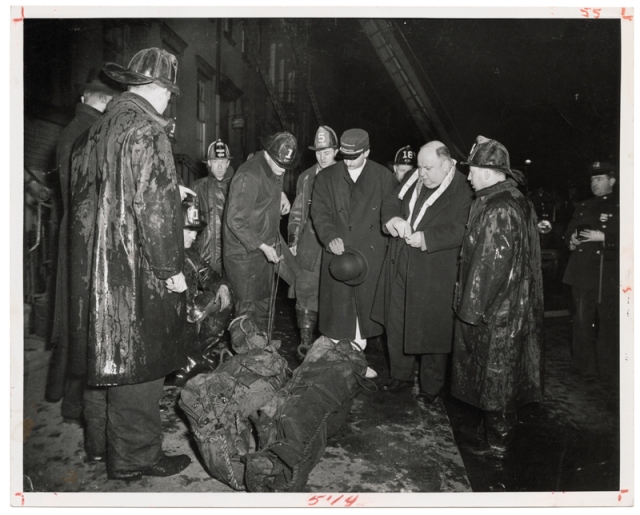 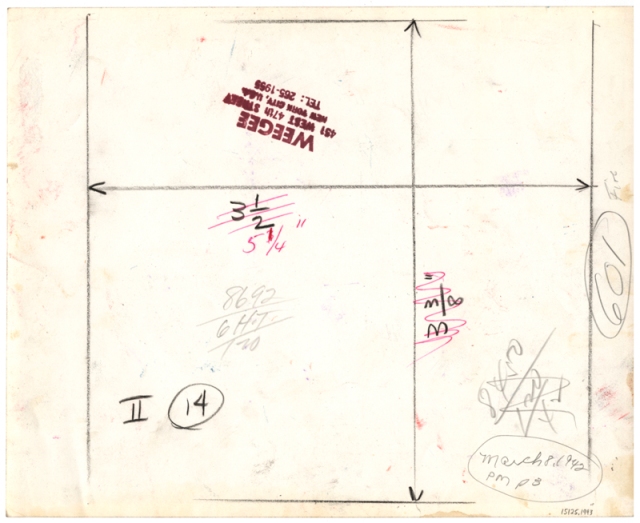 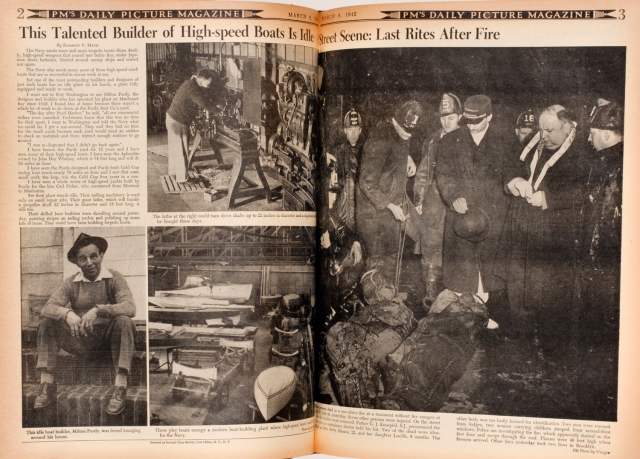 Street Scene: Last Rites After Fire
Three persons died in a one-alarm fire at a tenement without fire escapes at 239 W. 16th St. yesterday. Seven other persons were injured. On the street after the bodies were removed, Father G.J. Knoepfel, S.J., pronounced the last rites as ambulance doctor held his hat. Two of the dead were identified as Mrs. Betty Hasara, 22, and her daughter Lucille, 8 months. The other body was too badly burned for identification. Two men were rescued from ledges; two women carrying children jumped from second-floor windows. Police are investigating the fire, which apparently started on the first floor and swept through the roof. Other fires yesterday took two lives in Brooklyn. PM photo by Weegee. PM, March 8, 1942, p. 3 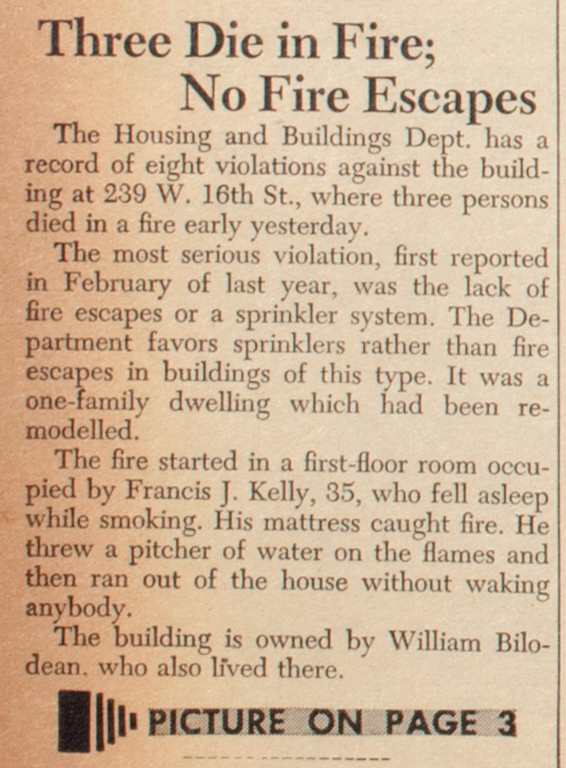 Seventy-eight years ago, plus a few days, Weegee photographed the aftermath of a fire in Chelsea. The next day one of the photos was published in PM and a few years later was published in the “Fires…” chapter in Naked City… Speaking of Naked City, Weegee’s magnum opus was recently resplendently reprinted and is available in book shops everywhere…

These are dead bodies… wrapped by firemen in “Bodybags.” The priest is giving last rites to all that’s left of a mother and her two babies… beside the firemen… there are no spectators… it’s early morning… people are rushing to work…and can’t stop to look… they’d be late… and the boss will holler like hell….