Posted on October 14, 2019 by Christopher George 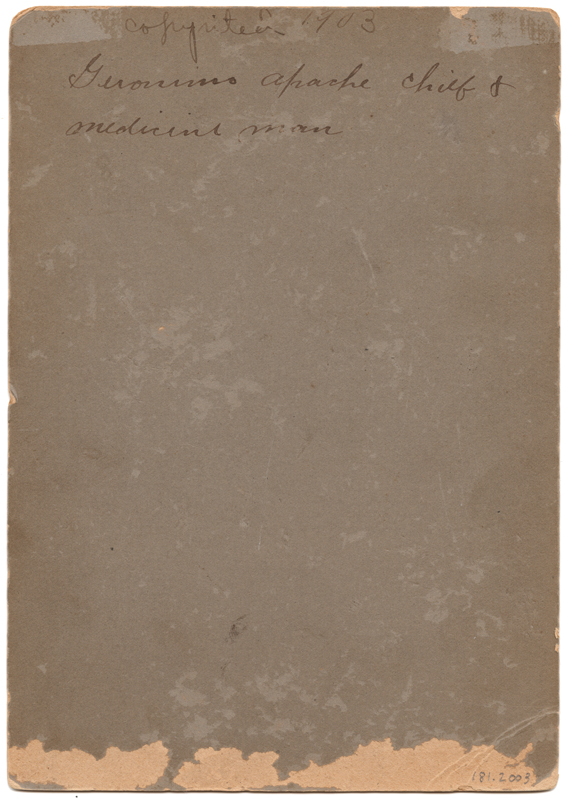 An Apache leader, Geronimo (1829–1909) was legendary for his courage and determination in resisting white colonization of the American West. He was born in the Southwestern Apache Territories, now roughly Arizona and New Mexico. After years of battle, Geronimo eventually surrendered in 1886. In the 1890s he made a conscious decision to adopt some customs of the “white man,” and this move most likely explains his Western clothing in the photograph. Geronimo lived his last decades as a prisoner of war and died in exile in 1909. He was granted special permission from the US War Department to sell photographs of himself at expositions, which highlights the ambiguous nature of his celebrity around the turn of the twentieth century. Your Mirror: Portraits from the ICP Collection, February 8 – June 16, 2019, International Center of Photography, (181.2003)

This entry was posted in Fans in a Flashbulb and tagged 1903, Collins Studio, Geronimo, Lawton, Oklahoma. Bookmark the permalink.