New York accords a “Lindbergh welcome” to the woman who accomplished a solo flight across the Atlantic: Mrs. Amelia Earhart Putnam

Riding up the Broadway canyon through cheering thousands, with the traditional accompaniment of ticker tape, enroute to her official reception at the New York City Hall.

The president of the United States honors a daring aviatrix: Mr. Hoover presenting the National Geographic Society Medal to Mrs. Amelia Earhart Putnam at the White House in the presecnce of Mrs. Hoover and Gilbert Grosvenor (left), president of the society.

A few words to a nation-wide audience: Mrs. Putnam broadcasting a message after receiving the cross of the honor of the United States Flag Association at the Federal Hall reproduction in Bryant Park.

The city’s medal for distinguished guest: Mayor Walker calling attention to the decoration conferred on Mrs. Putnam in the City Hall ceremonies.

With all the accompaniments of modern acclaim: the procession nearing City Hall, with camera men and sound technicians preceding the aviatrix’s car to record the proceedings. 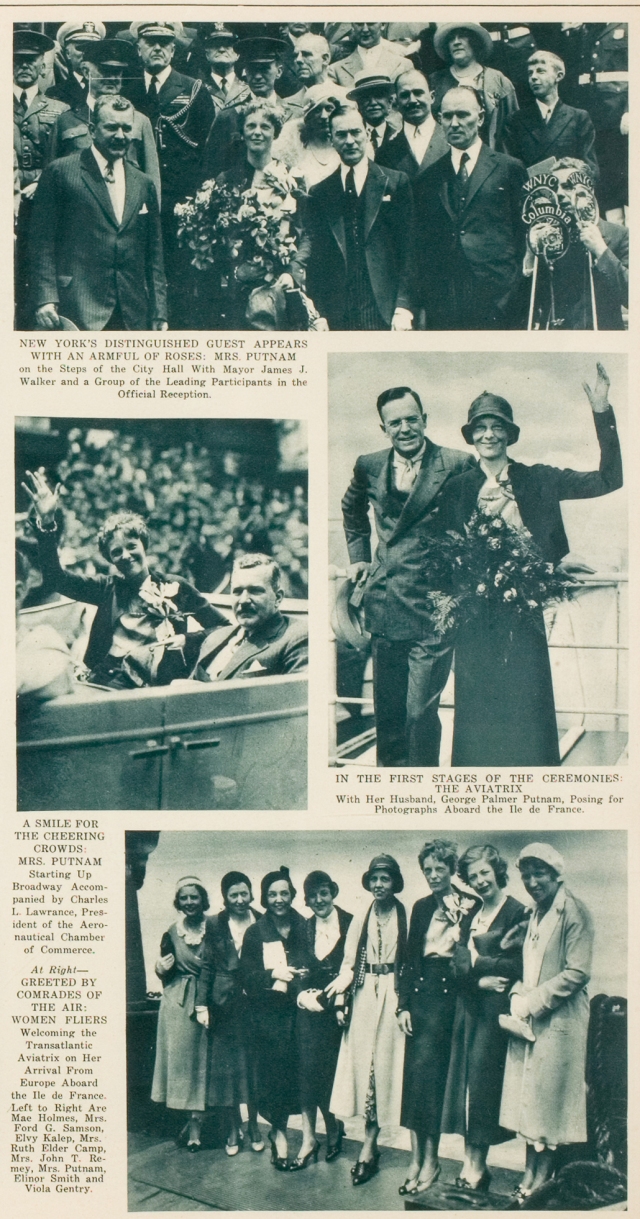 New York’s distinguished guest appears with an armful of roses: Mrs. Putnam on the steps of the City Hall with Mayor James J. Walker and a group of leading participants in the official reception.

In the first stages of the ceremonies the aviatrix with her husband, George Palmer Putnam, posing for photographs aboard the Ile de France.

A smile for the cheering crowds: Mrs. Putnam starting up Broadway accompanied by Charles L. Lawrance President of the Aeronautical Chamber of Commerce. 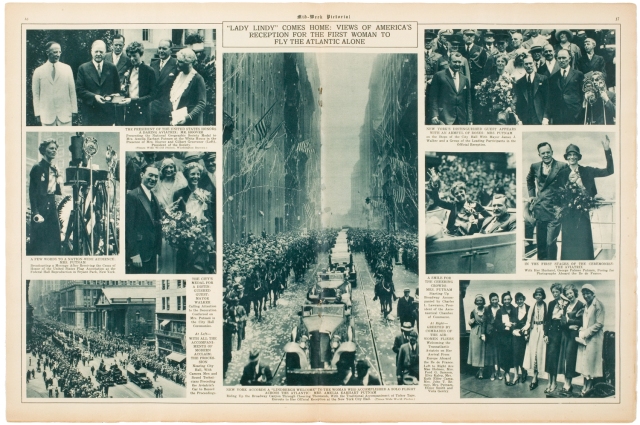 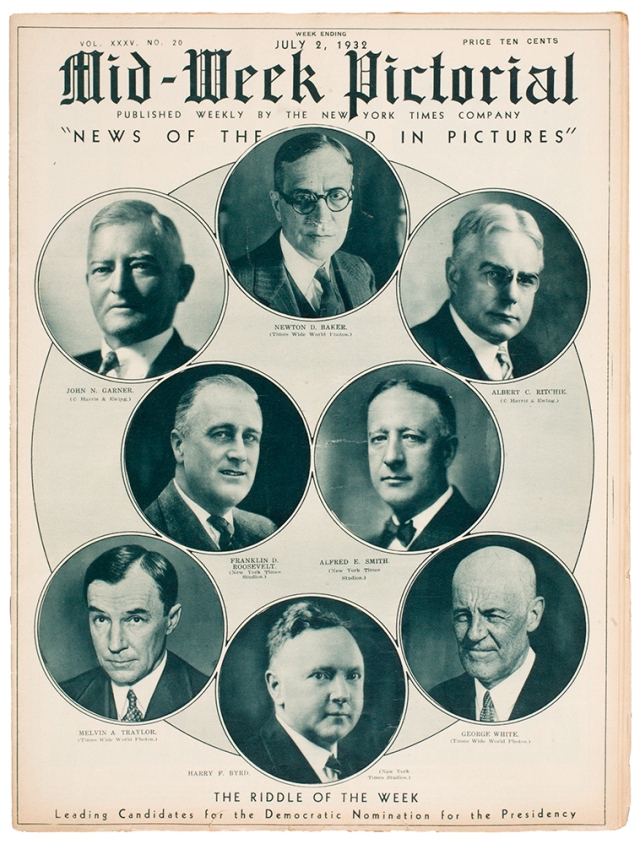 Riddle of the week: Leading candidates for the democratic nomination for the presidency.