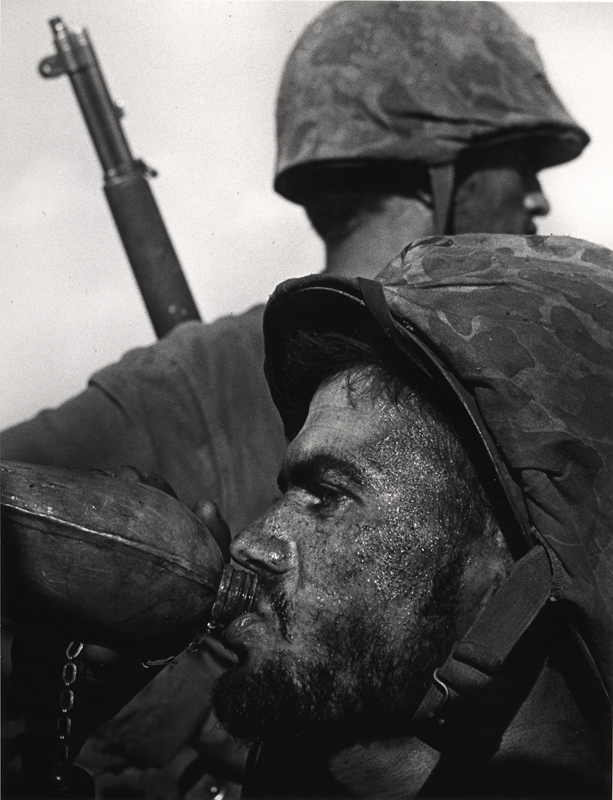 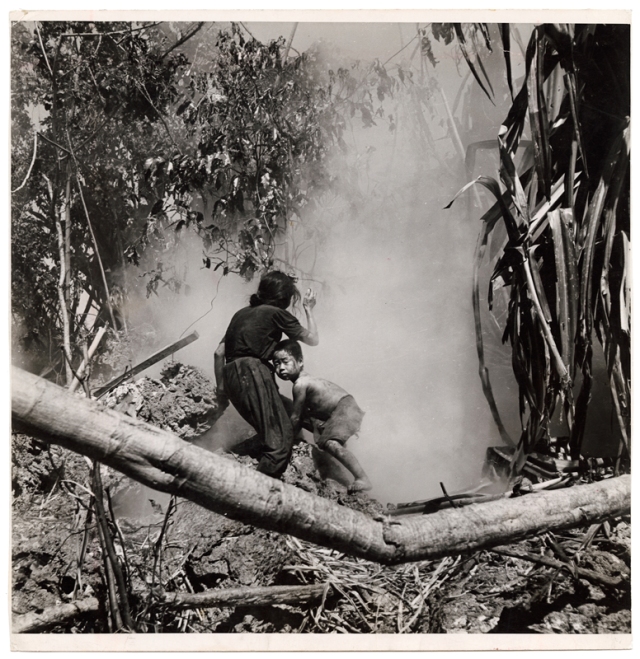 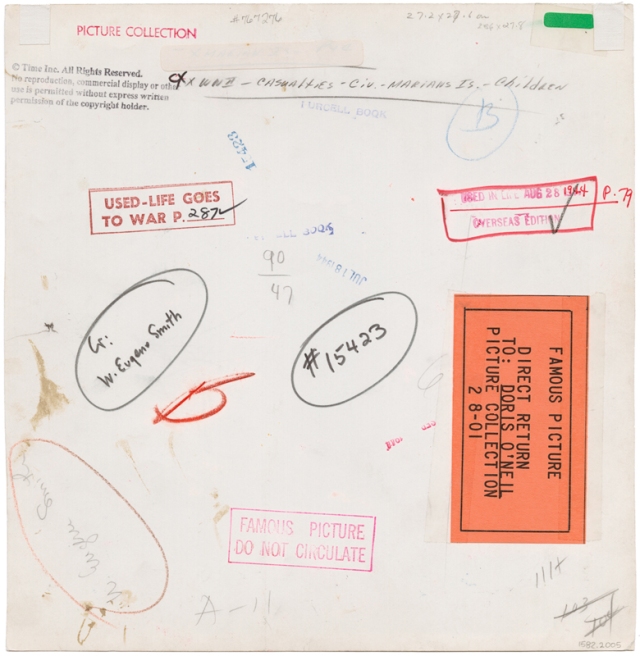 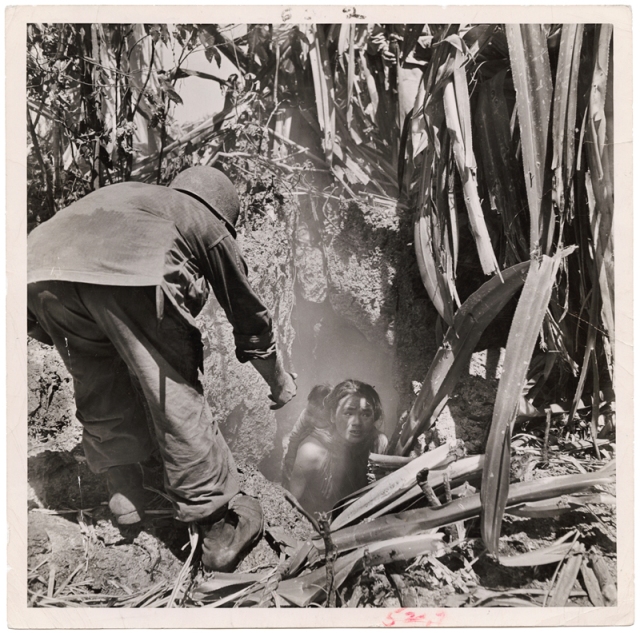 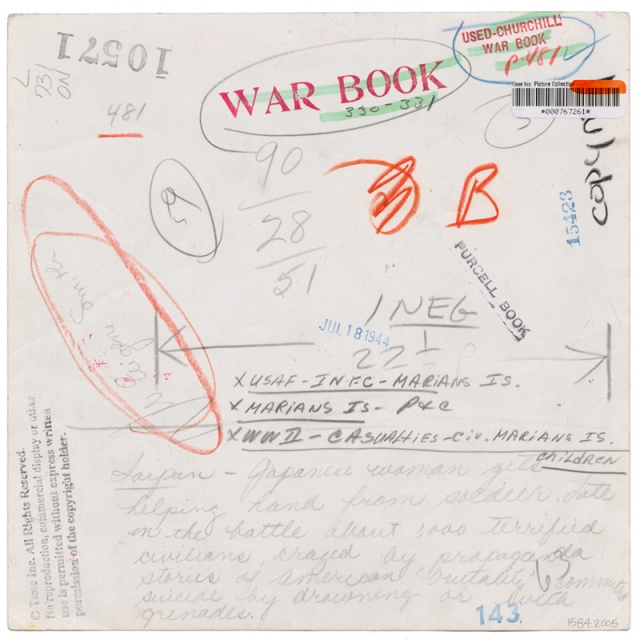 Saipan – Japanese woman gets helping hand from soldier. Late in the battle about 3,000 terrified civiliians, crazed by propaganda stoiries of American brutality, commited suicide by drowning or with grenades. (1584.2005) 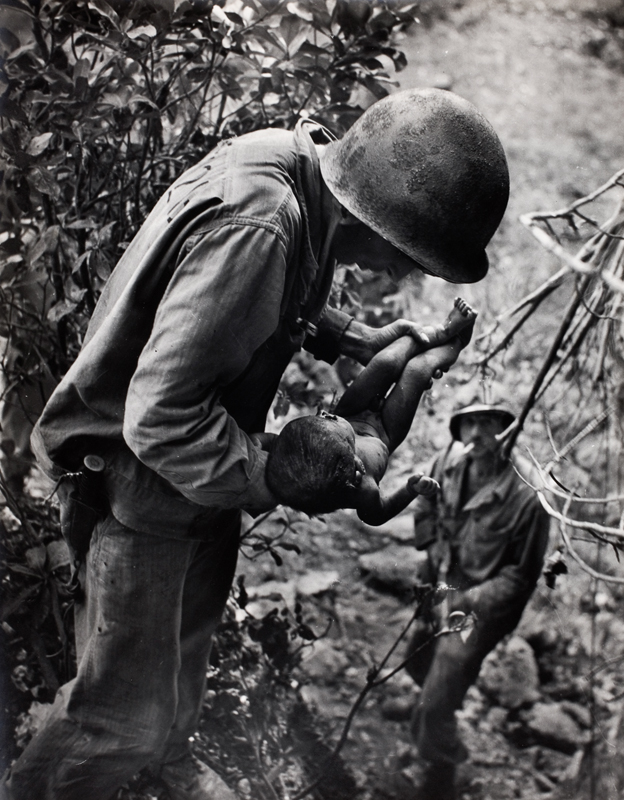 In June 1944, a few weeks after D-Day, almost exactly seventy five years ago, after photographing the war from aircraft carriers and airplanes in the South Pacific during the previous year, W. Eugene Smith photographed combat on the ground for LIFE magazine during the battle of Saipan. Working for LIFE enabled Smith to photograph combat on the ground for the first time. The battle of Saipan was took place from June 15, 1944 to July 9, 1944. Smith was born in 1918 and died in 1978.

…Empathizing with their pain and terror, Smith reacted to the horror of war with hatred and disgust that had crystallized into firm conviction. He wrote home:

“With sickness and realization that was sour in my throat, the scene pounded home to me but for the luck of U.S. birth my people could be these people, my children could be these children – DAMN THE MAKERS OF WAR.

To most of these crushed people the United States was no more than a name to hate. And those that told them to hate (when they had not reason to hate) – those were the makers of wars. EVERY FILM THAT I EXPOSED WAS FROM MY HEART, IN THE BITTER CONDEMNATION OF WAR.”