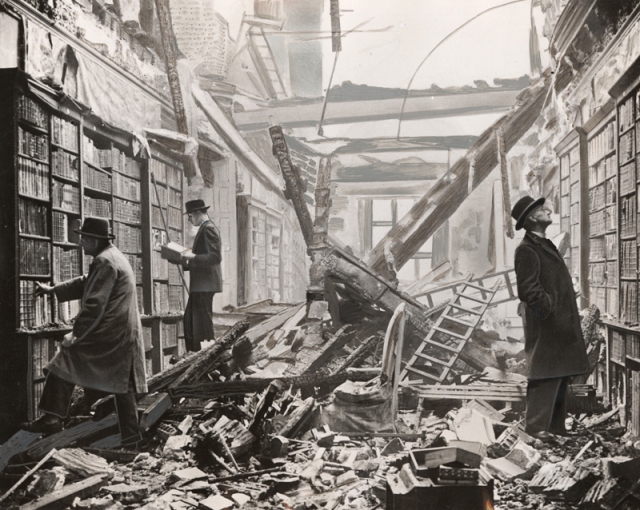 This intriguing and enigmatic photo, with painterly retouching, of the Holland House library (built in the beginning of the seventeenth century on “the grounds of Cope Castle, a large Jacobean mansion hidden in the woods” and damaged in the fall of 1940), was published widely; The Times published a variant view without homburg hat wearing book browsers. Books are better than bombs. 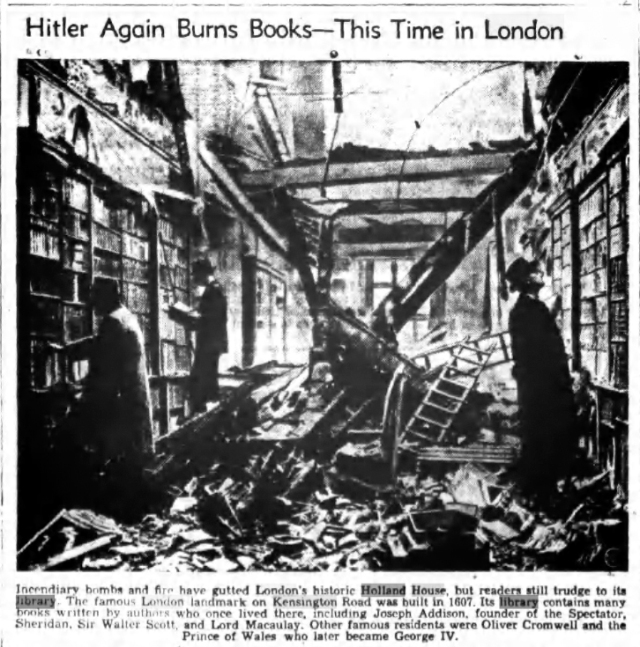 Incendiary bombs and fire have gutted London’s historic Holland House, but readers still trudge to it’s library. The famous London landmark on Kensington Road was built in 1607. Its library contains many books written by authors who once lived there, including Joseph Addison, founder of the Spectator, Sheridan, Sir Walter Scott and Lord Macaulay. Other famous residents were Oliver Cromwell and the Prince of Wales who later became George IV.

Gaping windows and chipped and stained masonry of the famed London structure on Kensington Road which was set afire by a shower of incendiary bombs. Built in the seventeenth century, it was the home of Charles James Fox and, later, Joseph Addison, founder of The Spectator. Among its notable visitors have been the Prince of Wales, afterward George IV; Sheridan the dramatist, and Sir Walter Scott.