Posted on January 30, 2019 by Christopher George

Wartime New York: Our Little Businessmen Bounced Around by War
Signs of the times reproduced below. All were photographed this weekend in New York. The closings and removals had a variety of causes: drafting of proprietors, shortages of manpower, gas rationing that prevents regular customers from reaching retail establishments, shortage of materials for manufacture. Weegee, who took these pictures, reports that the Chinese laundries were closed in bunches, because the men are enlisting, or answering draft calls. Pool rooms and candy stores have been hit, partly by war, partly by removal of slot machines. 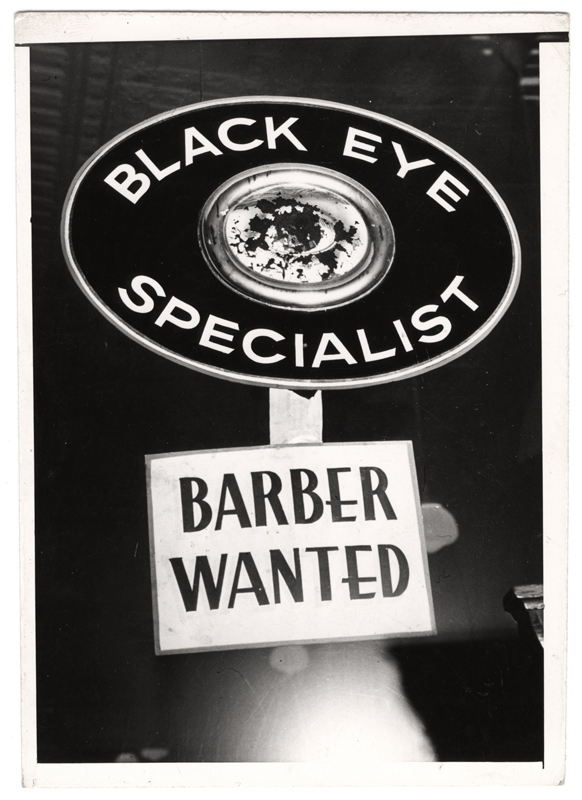 There’s a barber shortage on the Bowery. 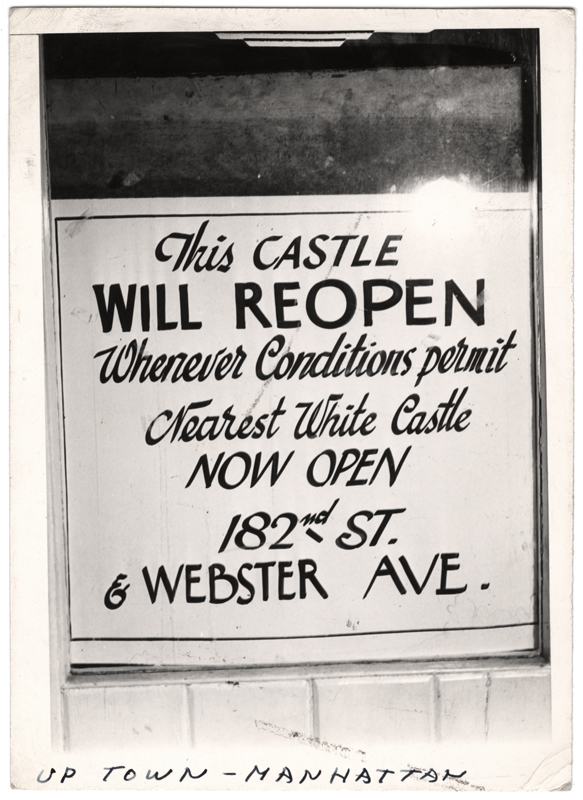 Hamburger joint will re-open, they hope. 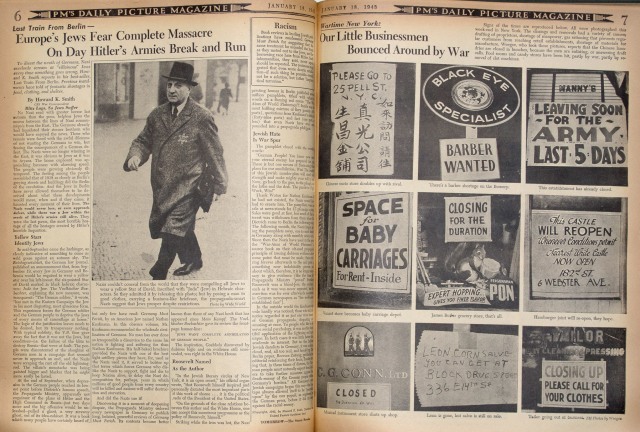 Weegee’s photos of the home-front in New York during World War Two are lesser-known and under-examined. (Perhaps they are not as lively as photos of dead gangsters or as hot as photos of burning buildings or as arresting as photos of people getting… yet they are significant.) This is particularly true of his photos (peppered with a bit of humor and unique eccentricity) of signs in shop windows. Looking at Weegee’s photos chronologically and their corresponding versions in newspapers, one could conclude that the events of World War Two, and Weegee’s awareness of the horrors in Eastern Europe, are the primary reasons that by the beginning of 1943, and continuing for the next 25 years, Weegee (1899-1968) had almost entirely stopped making the crime photos that he is famous for today. (There are a few notable exceptions, like the arrests of Frank Pape and Myrtle from Myrtle Ave.) C.G. Conn Ltd., 11 West 48th St., musical instrument makers, starting in the 1870s, stopped making musical instruments and made military instruments during the war. (Slot machines?) On the opposite page (a poignant reminder of what Weegee’s world, the rest of the world, and some newspapers, were like in early 1943) is an excerpt from Last Train from Berlin: An Eye-Witness Account of Germany at War (1942) by Howard K. Smith (1914-2002), a CBS war correspondent. In the center is a critique of Nazi photographic propaganda.