Posted on November 12, 2018 by Christopher George 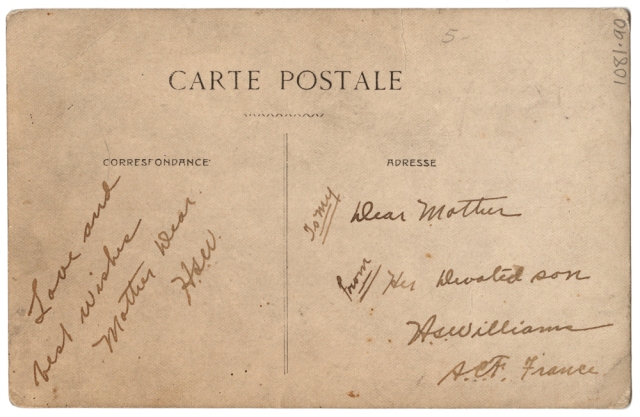 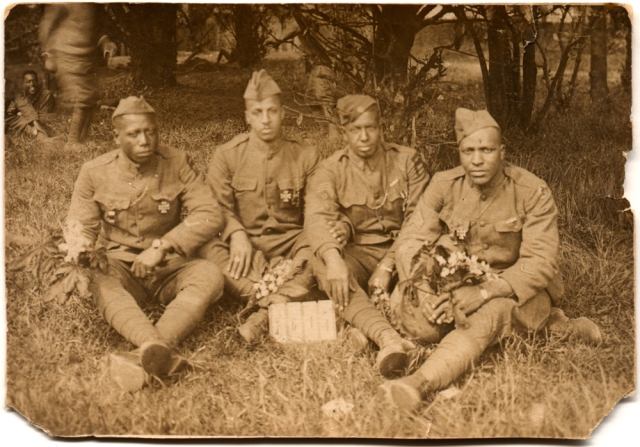 During World War I, the South furnished the bulk of the African American men called up through the draft. Normally, men would be assigned to training camps nearest their homes, but the War Department, wanting to avoid an over-concentration of black recruits at any one camp, sent many African Americans to camps in the North. The soldiers pictured here, members of the 88th Division of the U.S. Army, were among the first African Americans to be trained to fight in the war. According to information on the verso, they were photographed at Camp Dodge, Iowa, on June 14, 1918, by Clarence Bruce Santee of Des Moines. Santee was an African American itinerant photographer from Texas who specialized in portrait photographs at studios in Des Moines, Kansas City, and finally Dallas, where, by the 1930s, he was moderately successful. (1085.1990)

To commemorate Veterans Day: several portraits of soldiers made around one hundred years ago, around the end of World War One.