Posted on October 16, 2018 by Christopher George 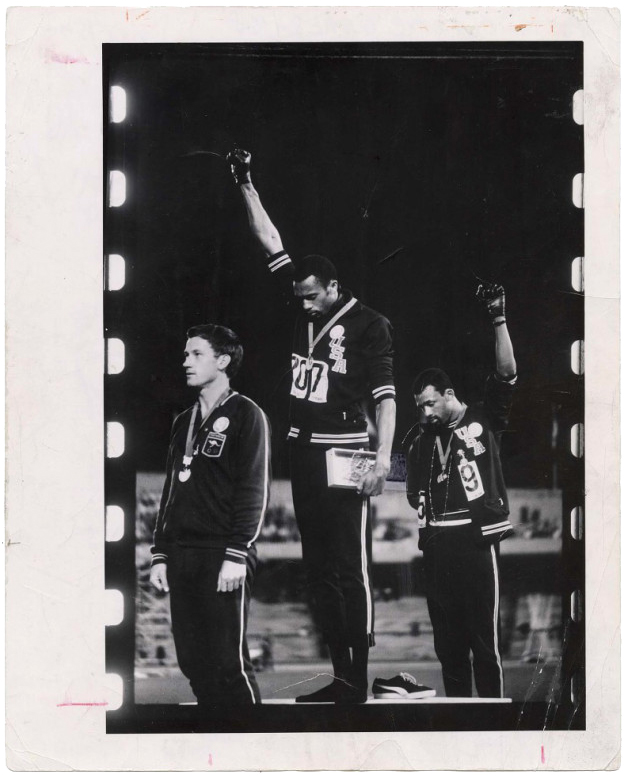 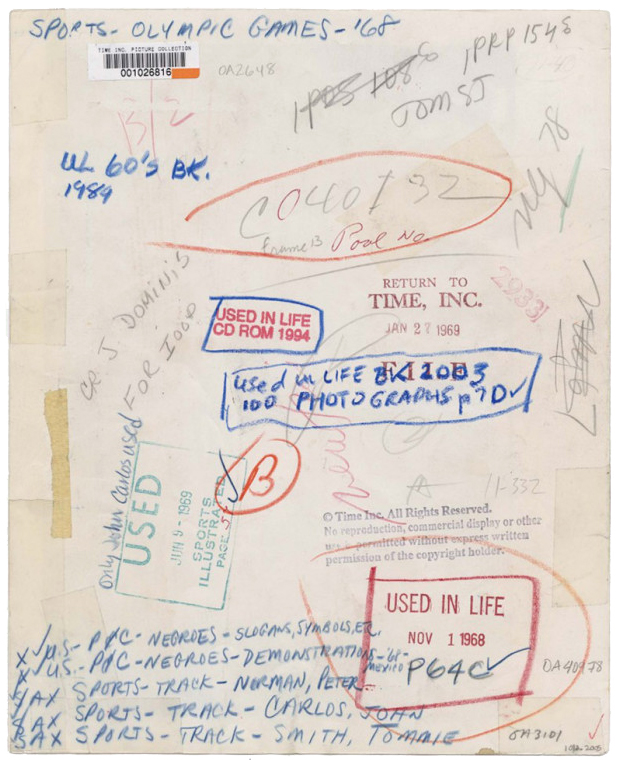 Fifty years ago today, as the American national anthem began to play during the awards ceremony to honor the winners of the 200-meter dash at the 1968 Olympics in Mexico City, American athletes Tommie Smith (gold) and John Carlos (bronze) bowed their heads, took off their shoes, and raised black-gloved fists in a Black Power salute; “…they wore gloves to represent black America, and removed their shoes and wore black socks to symbolize the poverty [and lack of health care] of the American black community. Smith wore a scarf and Carlos a bead necklace, recalling lynching…” All three athletes, including the Australian Peter Norman (silver), wore the round patch of the Olympic Project for Human Rights (OPHR), a short-lived (1967-1968) yet significant group in the long march for international racial equality. John Dominis “was one of the few photographers who happened to be in the media pen 20 feet away watching.” This print, a donation by Time-Life, was used for reproduction in numerous publications, including Life. 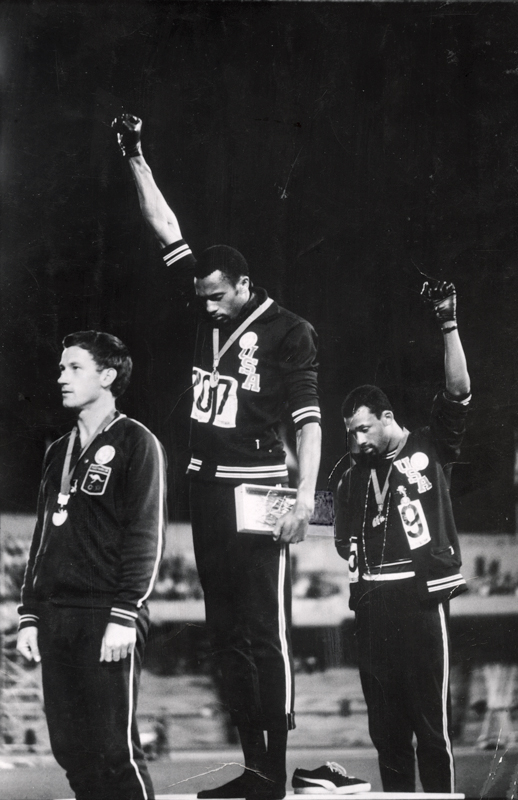 2 Responses to Protesting Racism in America