“Sandhogs: A gang of tough men build a tough tunnel”

Posted on August 31, 2018 by Christopher George 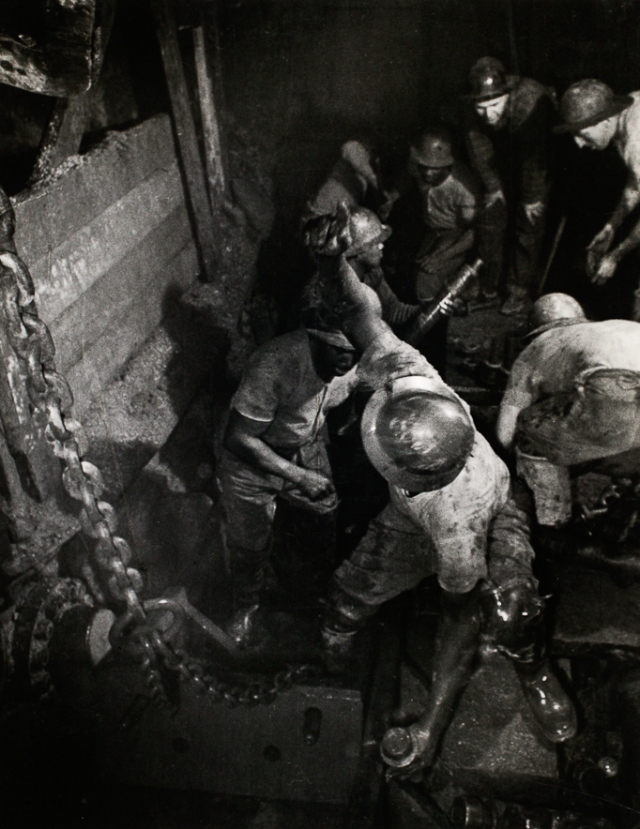 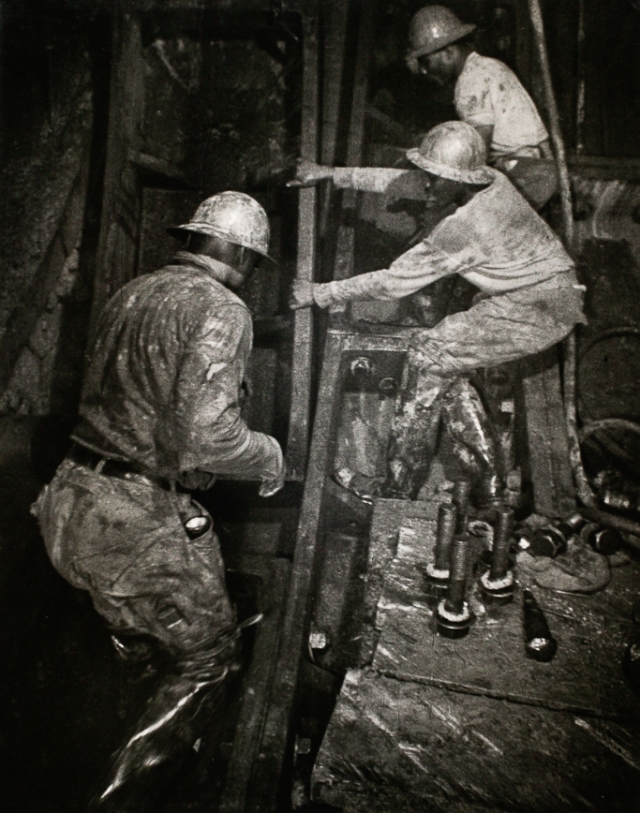 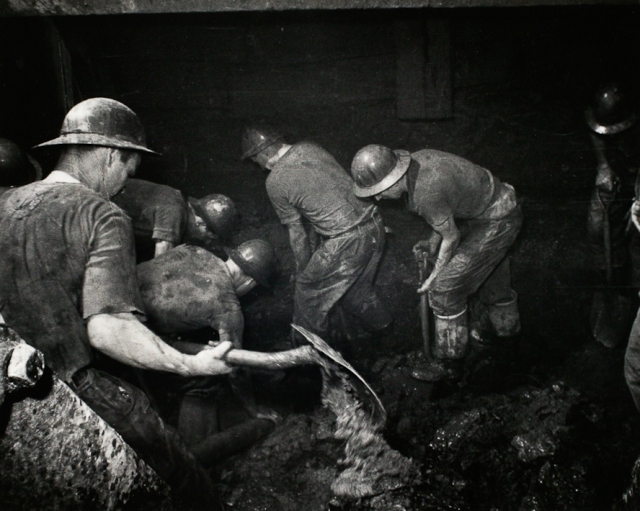 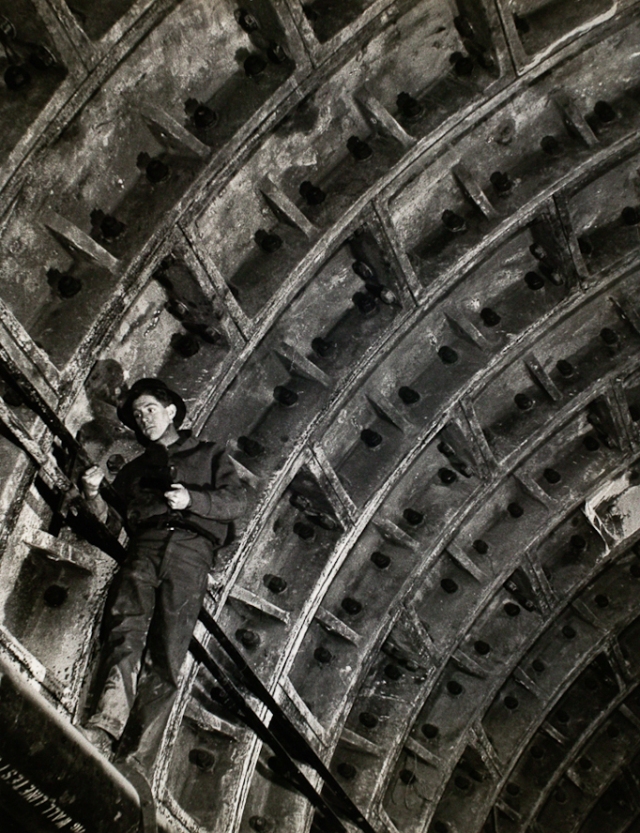 On the tunnel wall, a worker tests a plate. The tunnel is made up of 1,500 rings of a 14-in. thick cast iron segments. The narrow seems between the sections are caulked with lead and hammered in to seal the tunnel. Life, April 3, 1939, p. 59 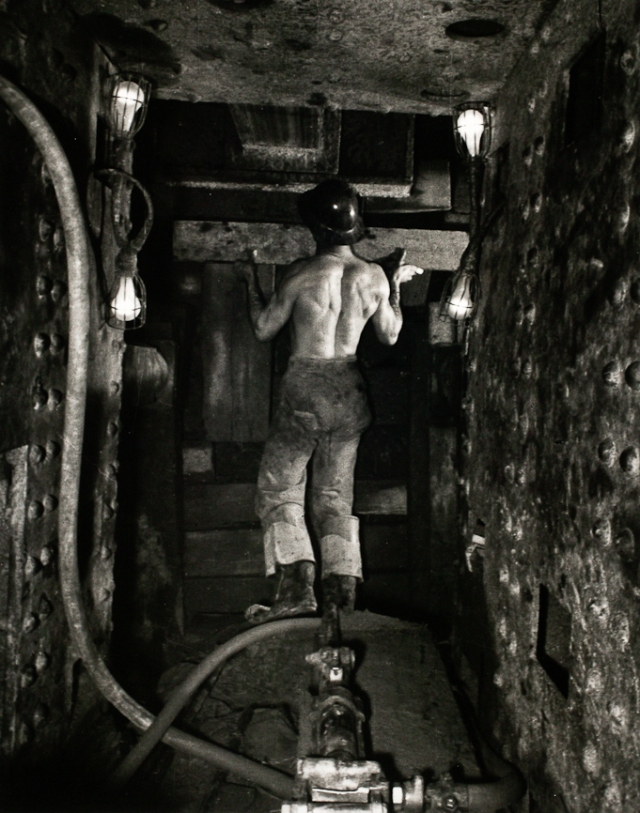 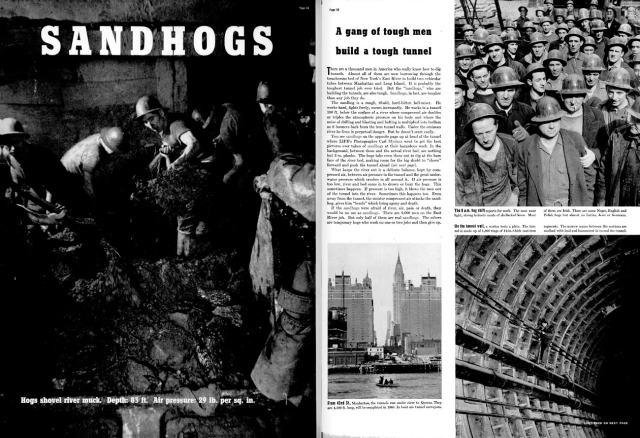 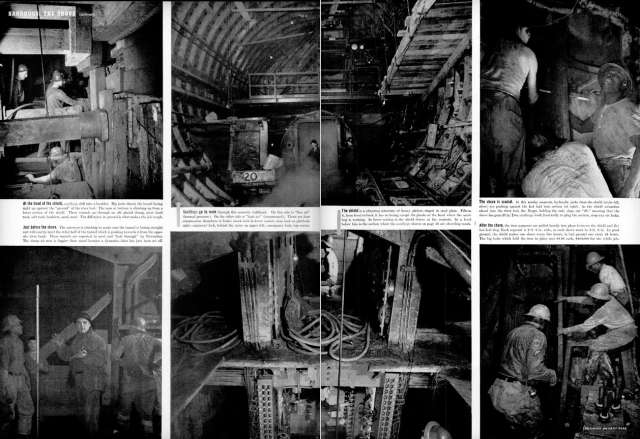 Sandhogs: A gang of tough men build a tough tunnel
There are a thousand men in America who really know how to dig tunnels. Almost all of them are now burrowing through the treacherous bed of New York’s East River to build two vehicular tubes between Manhattan and Long Island. It is probably the toughest tunnel job ever tried. But the “sandhogs,” who are building the tunnels, are also tough. Sandhogs, in fact, are tougher than any job they do.
The Sandhog is a rough, ribald, hard-bitten hell-raiser. He works hard, fights freely, curses incessantly. He works in a tunnel 100 ft. below the surface of a river where compressed air doubles or triples the atmospheric pressure on his body and where the noise of drilling and blasting and bolting is multiplied into bedlam as it bounces back from the iron tunnel walls. Under the ominous river he lives in perpetual danger. But he doesn’t scare easily.
You see sandhogs on the opposite page up at head of the tunnel where Life’s Photographer Carl Mydans went to get the best background, between them and the actual river bed, are nothing but 2 -in. planks. The hogs take even these out to dig at the bare face of the river bed, making room for the big shield to “shove” forward and push the tunnel ahead.
What keeps the river out is a delicate balance, kept by compressed air, between air pressure in the tunnel and great underwater pressure which crushes in all around it. If air pressure is too low, river and bed come in to drown or bury the hogs. This sometimes happens. If pressure is to high, it blows the men out of the tunnel into the river. Sometimes this happens too. Even away rom the tunnel, the sinister compressed air attacks the sandhog, gives him “bends” which bring agony and death.
If the sandhogs were afraid of river, air, pain or death, they would be no use as sandhogs. There are 2,000 men on the East River job. But only half of them are real sandhogs. The others are temporary hogs who work on one or two jobs and then give up. Life, April 3, 1939, pp.58-61

1 Response to “Sandhogs: A gang of tough men build a tough tunnel”