“So It’s Raining Cats and Dogs in Rivington St.” 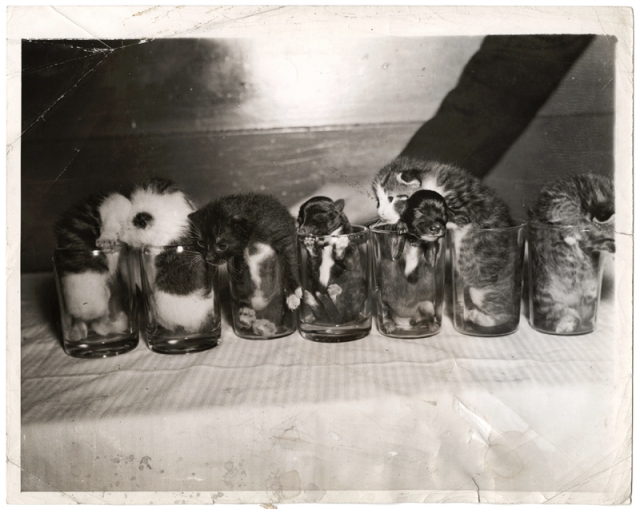 So It’s Raining Cats and Dogs in Rivington St., All in One Litter
Talk is cheap, interesting, and comes in several languages on crowded Rivington St., on the lower East Side. Today much of it was about Mary, the cat in Mike Guerrera’s Oriental restaurant at No. 56 (Scungilli, Capozzelle, steaks and chops). The cat Mary was found July 7 with five kittens. Next day she was found with five kittens and two puppies, all nursing. (The pups are fourth and fifth from left, above.) East Siders figure it this way: The cat had kittens and pups; or there’s something funny going on. They keep calling up Ripley. Photo by Weegee. PM, July 18, 1940

#OnThisDayinHistory, July 18, 1940, PM published Weegee’s photograph of five kittens and a pair of puppies in glasses on a table in a restaurant in the Lower East Side of Manhattan. At exactly a month old, PM itself was a puppy of a paper. This pair of dogeared photos, a little rough around the edges, are the only two prints of this seminal image in the Weegee archive. Presumably Weegee made this photo of a clowder and clutter of cute kittens and a pair of puppers on July 17th, a few days before he made the epochal and monumental “Crowd at Coney Island, Temperature 89 degrees… They came early, and stayed late” photograph. Also on July 17, 1940: President Franklin Delano Roosevelt was drafted unanimously for renomination as president (his third term) at the Democratic National Convention in Chicago. PM reported that this was a triumph of the New Deal and at 2 AM on July 18, at the end of the session everyone sang Irish Eyes Are Smiling. On July 18, 1940 the Secretary of Agriculture, Henry Wallace, received the nomination as the candidate for vice president, and Eleanor Roosevelt gave a speech at the Democratic National Convention that concluded:

You must know that this is the time when all good men and women give every bit of service and strength to their country that they have to give. This is the time when it is the United States that we fight for, the domestic policies that we have established as a party that we must believe in, that we must carry forward, and in the world we have a position of great responsibility.

We cannot tell from day to day what may come. This is no ordinary time. No time for weighing anything except what we can do best for the country as a whole, and that responsibility rests on each and every one of us as individuals.

No man who is a candidate or who is President can carry this situation alone. This is only carried by a united people who love their country and who will live for it to the fullest of their ability, with the highest ideals, with a determination that their party shall be absolutely devoted to the good of the nation as a whole and to doing what this country can to bring the world to a safer and happier condition. fdrlibrary.org 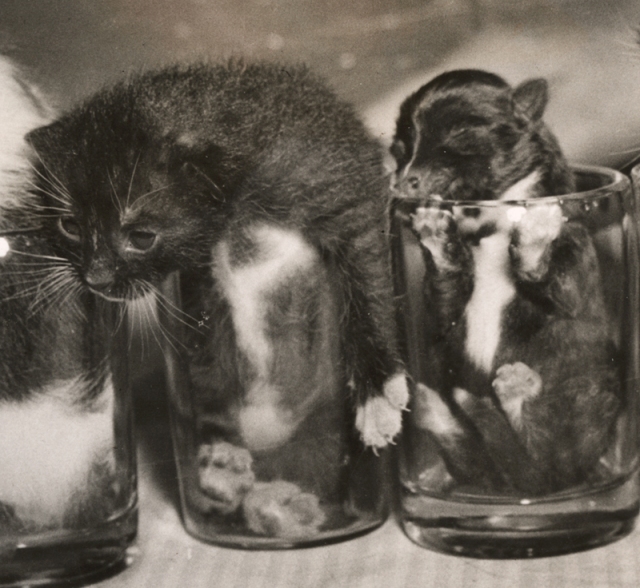