Posted on April 4, 2017 by Christopher George 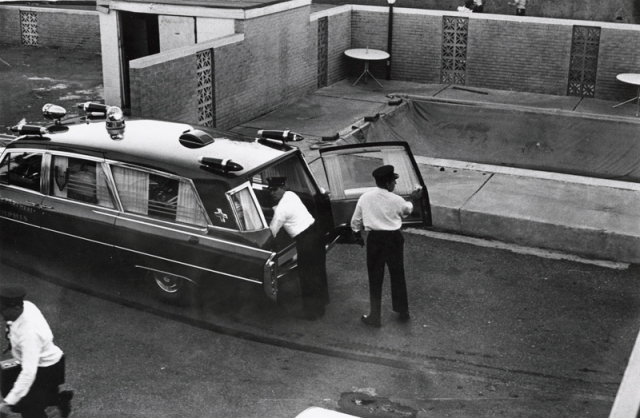 Forty nine years ago today, on April 4th, 1968, Dr. Martin Luther King Jr. was assassinated at the Lorraine Motel, in Memphis, Tennessee. (On April 4th, 1967, Martin Luther King, Jr. gave his “Beyond Vietnam: A Time to Break Silence” speech at Riverside church, in New York.) Joseph Louw, born in South Africa, was working on a documentary film about King and staying in a room a few doors down from King’s. A little after 6 PM, Louw “was eating dinner in a restaurant when, ‘for some weird reason,’ he remembers, ‘I suddenly decided to watch the Huntley-Brinkley show.’ He went back to his room, which was three doors from Dr. King’s. Minutes later the shot was fired. He rushed out on the balcony immediately – without his cameras – and saw Dr. King fall. He ran to help, then seeing there was nothing he could do, ran back for his cameras. ‘At first,’ he remembers, ‘it was just a matter of realizing the horror of the thing. Then I knew I must record it for the world to see.'” (LIFE, April 19, 1968, Vol. 64, No. 16, p. 3) The four rolls of film were processed by Louw in Ernest Withers’s nearby darkroom. Concerned about chaos and riots in Memphis, the negatives were brought by plane to Newark, NJ and then to the LIFE magazine offices, by the photographer. Martin Luther King Jr., in Memphis to support striking sanitation workers, was staying in Room 306 of the Lorraine Motel. It is now the National Civil Rights Museum. 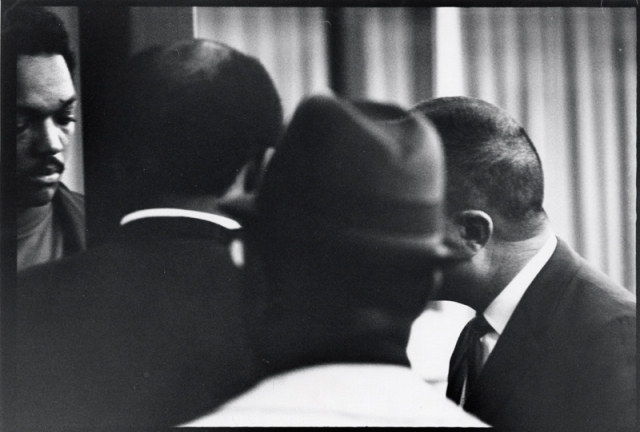