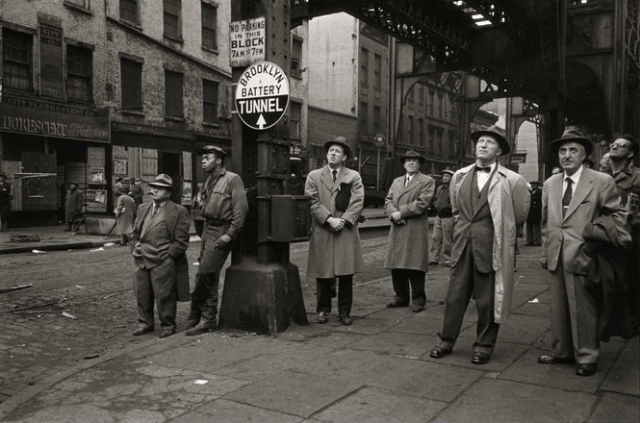 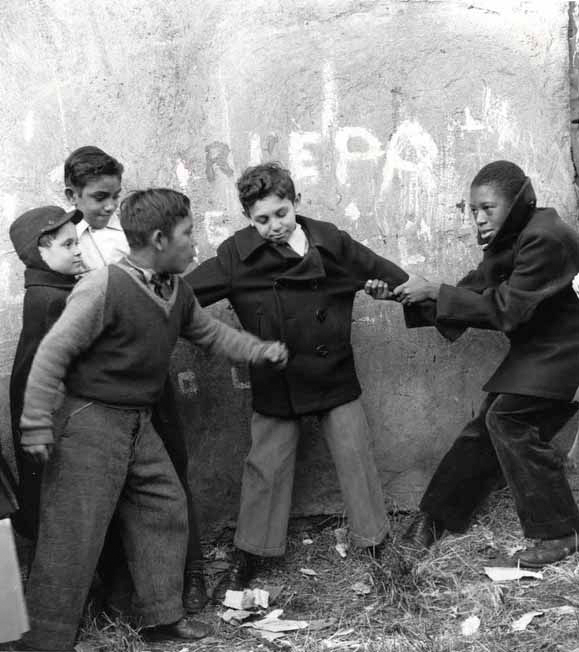 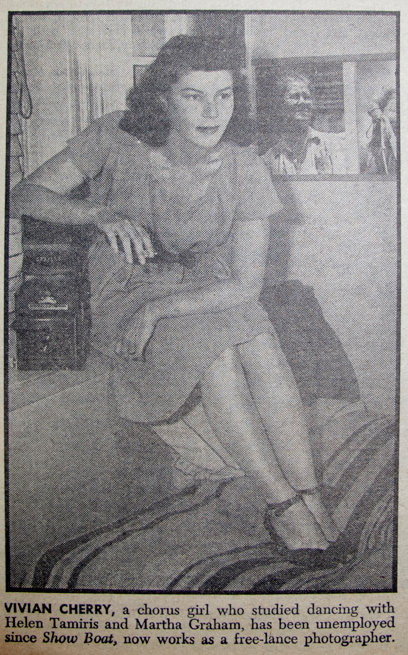 No Floradoras in the Chorus

Most of today’s chorus girls, Chorus Equity says, are well-trained, ambitious – and unemployed.
by Ira Peck

The postwar depression, which the President’s economic report stated might still be avoided, has already hit Billie Earnest. Like 5,000 of her 5,800 fellow members of Chorus Equity she is now unemployed.
Billie Earnest is not an actual girl but her story is a real one. She is a composite made up from facts about chorus girls unearthed from a recent detailed survey by the chorus union, which includes both girls and boys in a 2:1 ratio.

Vivian Cherry is another chorus girl who has a background as a serious dancer. A tall, slender girl, her hard and muscular legs immediately betray her profession. Vivian, a New Yorker, studied at the Denishawn School, with Helen Tamiris, and finally at Wisconsin University. Like most embryonic dancers, she found the going tough at first.
‘A single costume,” she said, “can cost over $100. Renting studios for practicing is terribly expensive-75 cents to a dollar an hour-and if you hire a pianist that`s one to two dollars more. And a good dancer should practice four to eight hours a day.”
To earn money for her costumes and music arrangements, Vivian worked for a couple of months in the chorus at La Conga, danced one summer at Unity House, a resort run by the International Ladies Garment Workers’ Union, with a carnival for a while and later with the Lunch Hour Follies, an American Theater Wing project which entertained war workers.
During an engagement at the Roxy, Vivian injured a knee and while convalescing took up photography. Since her last Broadway show, Show Boat, she has been working as a free-lance photographer and likes the field so well she is seriously considering making a career of it. She and her husband, Herb Tank, a merchant seaman, would like to make documentary films…

Though Chorus Equity has tried publicize the difficulties of Billie Earnest and her live co-dancers like Ora Leake, girls still flock to New York with theatrical ambitions which they hope to satisfy by starting in the chorus. Equity estimates they number about several thousand a year, of whom perhaps one or none will become a star.
PM, August 10, 1947, pp.m7-m8