Posted on February 1, 2017 by claartjevandijk 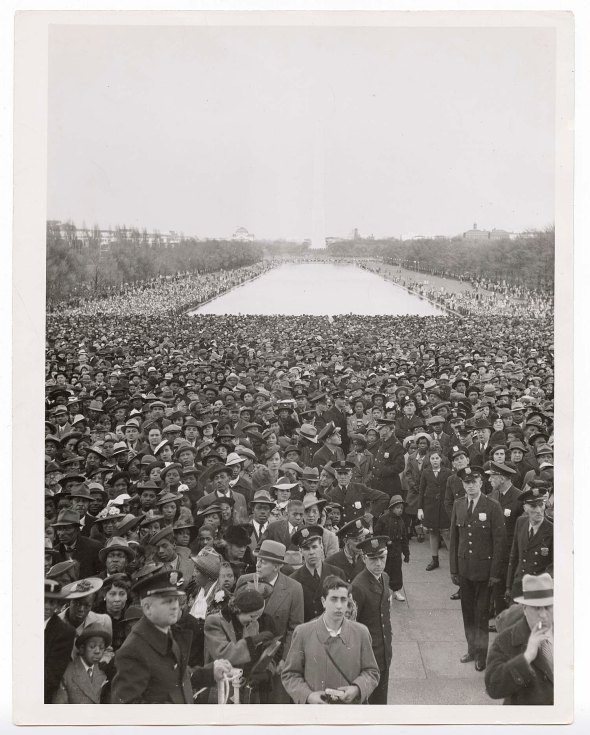 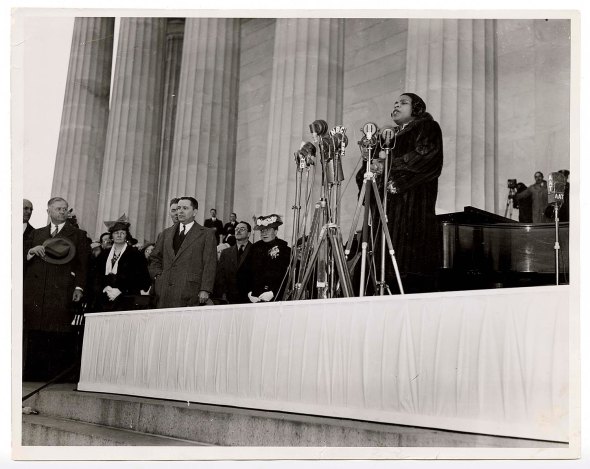 Thomas D. McAvoy, [Marian Anderson’s Easter concert on the steps of the Lincoln Memorial, watched by Secretary of the Interior Harold Ickes and others, Washington, DC], April 9, 1939 (1084.2005) 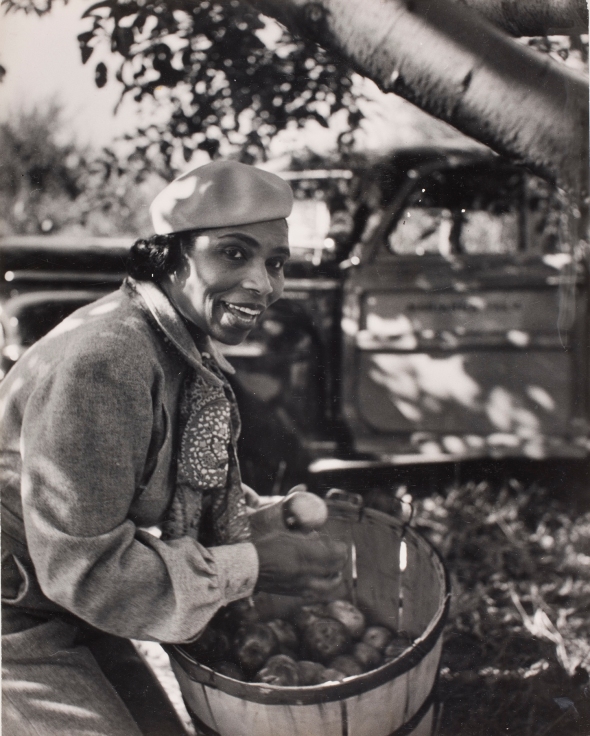 For this first Black History Month blog post, we celebrate contralto Marian Anderson. In the late 1930s Ms. Anderson was invited by Howard University to perform in Washington D.C.. Considering her international reputation, a venue that would accommodate a large audience, was needed. The Constitution Hall in Washington D.C. was approached. Despite years of performing at international concert halls and collaborating with renowned musicians, Marian Anderson was not allowed to perform at the venue. The hall was owned by the Daughters of the American Revolution (D.A.H.) and their contracts with performing artists stated a white-artist-only clause.

In the continuing search for a location, the story goes that Walter White, executive secretary of the NAACP, had suggested that Ms. Anderson should perform on the steps of the Lincoln Memorial. With the support of Harold L. Ickes, Secretary of the Interior, this request was granted. On April 9, 1939 Marian Anderson staged a historic performance in front of 75,000 people. In photos of the concert, the statue of Abraham Lincoln looms in the background. In his introduction of Ms. Anderson, Secretary Ickes said “In this great auditorium under the sky, all of us are free. When God gave us this wonderful outdoors and the sun the moon and the stars, he made no distinction of race or creed or color.

When Marion Anderson started to sing “My Country, ‘Tis of Thee” she altered the words in the third line of the lyrics, singing “we” instead of “I”. Years later she explained, We cannot live alone. […] And the thing that made this moment possible for you and for me, has been brought about by many people whom we will never know. Still years away from the changes the Civil Rights Movement would bring, people like Marian Anderson paved the way for social change that was to come.

This post is published to honor African American History Month.