Posted on December 7, 2016 by Christopher George 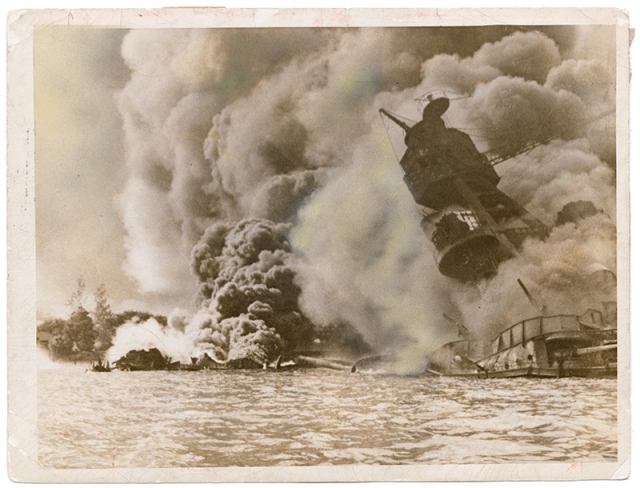 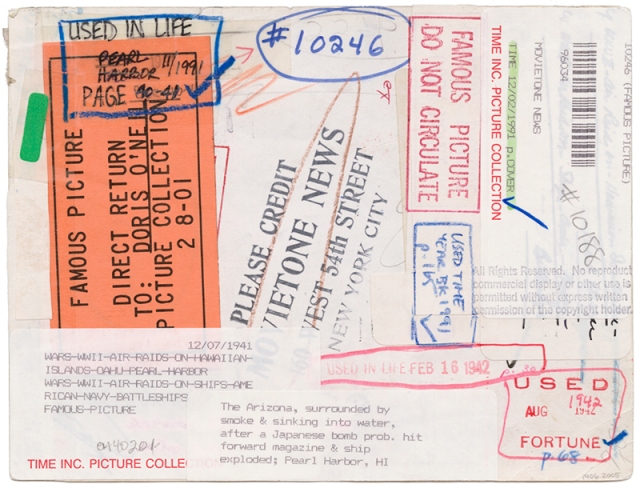 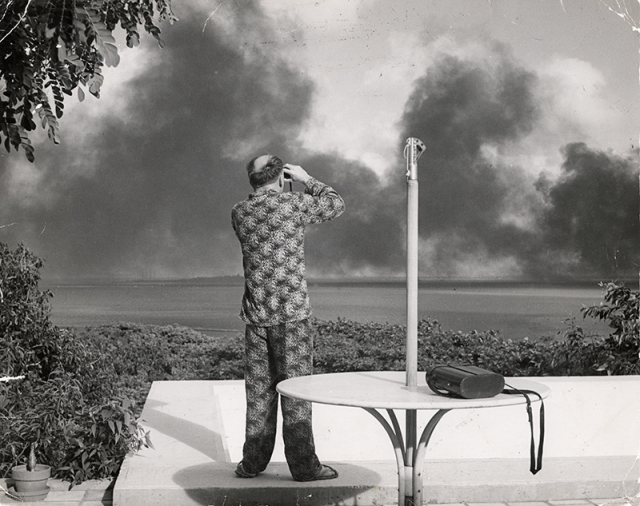 Kelso Daly, “Brought from his bed by the thunder of exploding bombs, this pajama-clad islander has rushed out on his terrace to scan with binculars smoke-swept scene. Back and forth Jap planes roared, while at Pearl Harbor other bombs were falling from other planes,” December 7, 1941 (1489.2005)

75 years ago today, December 7, 1941, (Sunday, around 1 PM, in New York) the United States Naval Base at Pearl Harbor, Oahu, Hawaii was attacked by over 300 Japanese planes. The next day, shortly after President Franklin D. Roosevelt’s “Day in Infamy” speech, “Yesterday, December 7, 1941, a date which will live in infamy, the United States of America was suddenly and deliberately attacked by naval and air forces of the Empire of Japan.” The U.S. declared war on Japan. In New York City, many people gathered in Times Square, people held newspapers, one person held a camera and another person held a radio. (Speaking of radio, Mayor Fiorello La Guardia and President Franklin D. Roosevelt and others can be heard on WNYC.) Almost immediately Mayor La Guardia ordered Japanese subjects in New York to remain in their homes. La Guardia said on WNYC: “I want to warn the people of this city that we are in an extreme crisis… I now want to appeal to the people of our city to be calm… You must remain cool and yet determined. We are aware of the danger ahead but unafraid. In the meantime know that your city’s government is on the job and looking after your welfare and comfort and safety… So, in the meantime, good night, and we will remain on the job.” 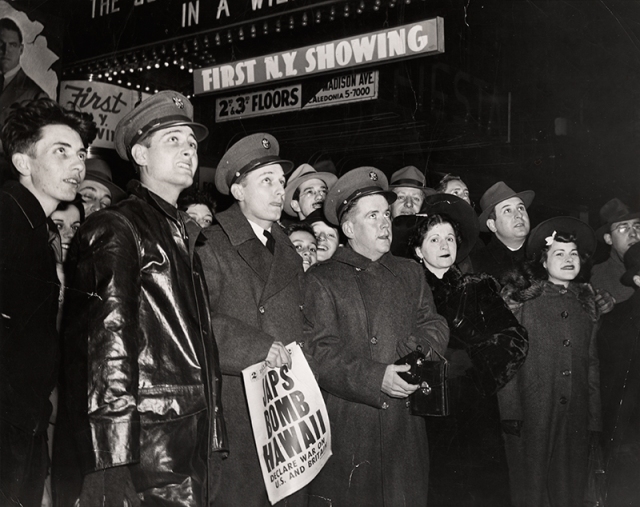 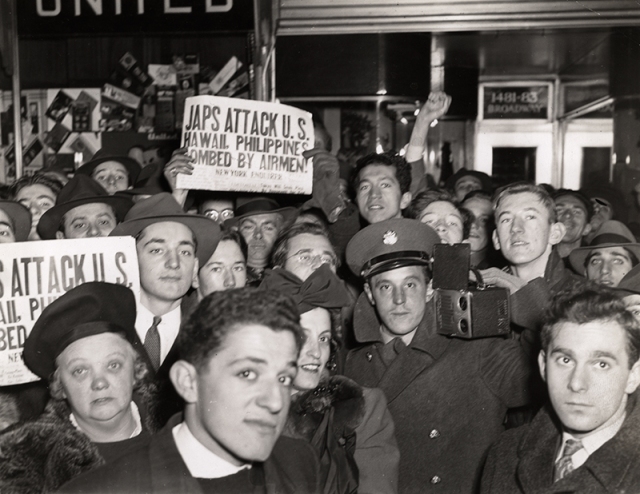