Posted on November 2, 2016 by Christopher George 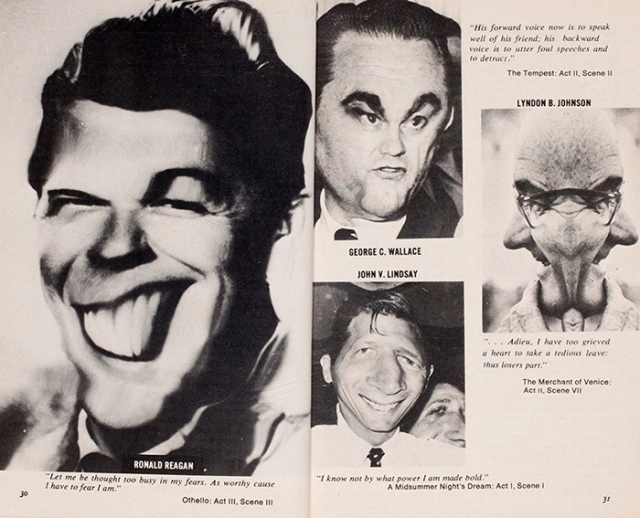 Back by popular demand, an encore presentation, it’s Weegee’s October surprise in November, hey, that’s a November surprise, almost like a dessert, after the three previous perfect and super-popular posts.

Perhaps for the first or second time in 48 years, Fansinaflashbulb presents See magazine’s presentation of Weegee’s political caricatures and Shakespeare’s words. This wasn’t the first such pairing in print, but in Weegee’s lifetime, it was the last.

“I take pictures with my third eye – the inner eye that sees what lies beneath the surface of the subject. What some call a pictorial distortion may, in truth, be the reality. And what we call reality may be a distortion of the truth.” – Weegee
See, October 1968

This entry was posted in Fans in a Flashbulb and tagged 1968, caricatures, politics, See, Weegee, Weegee Wednesday, Weegee's October Surprise. Bookmark the permalink.