Posted on August 17, 2016 by Christopher George 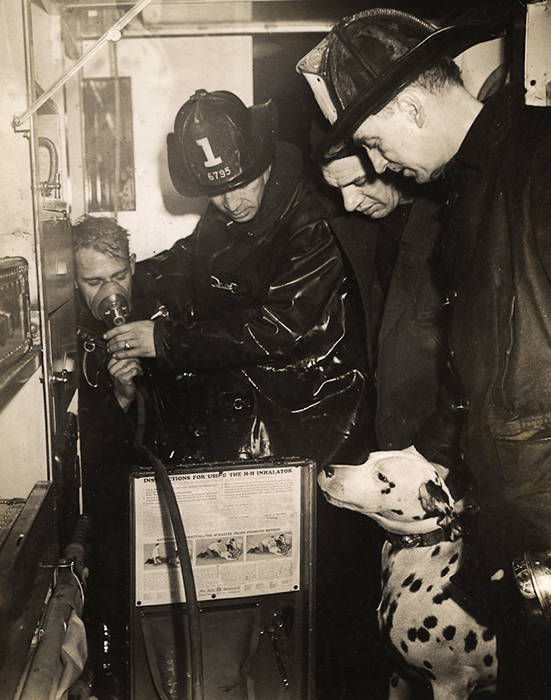 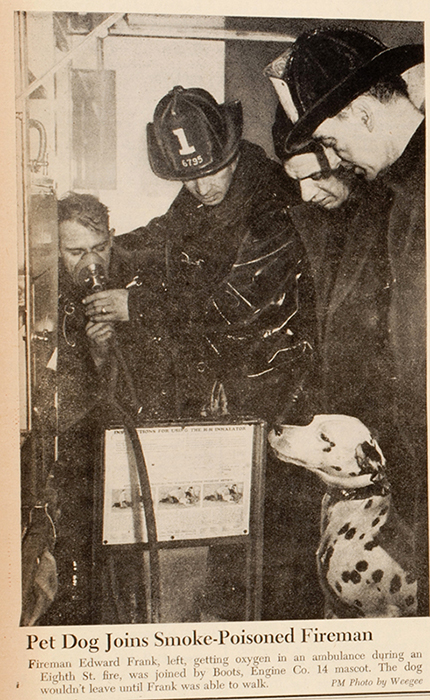 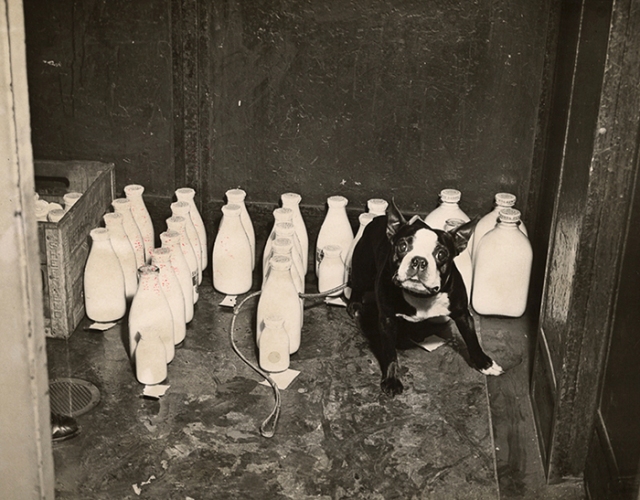 Buddy is ‘Watered In’
New York — Things got pretty tough for ‘Buddy,’ bulldog owned by Mrs. De Forest Grant, of 850 Park Ave., this morning, when a water main burst on Madison Ave. between 77th and 78th St., flooded the cellar of Buddy’s house with 9 inches of water, and put the apartment’s four elevators out of commission. Here, Buddy, who can’t get out because the street is flooded, and can’t get up because the elevators aren’t running, seek solace among the milk bottles in the apartment house elevator. The residents of the 12 story building who wanted milk on their cereal this morning had to walk to the lobby to get it. 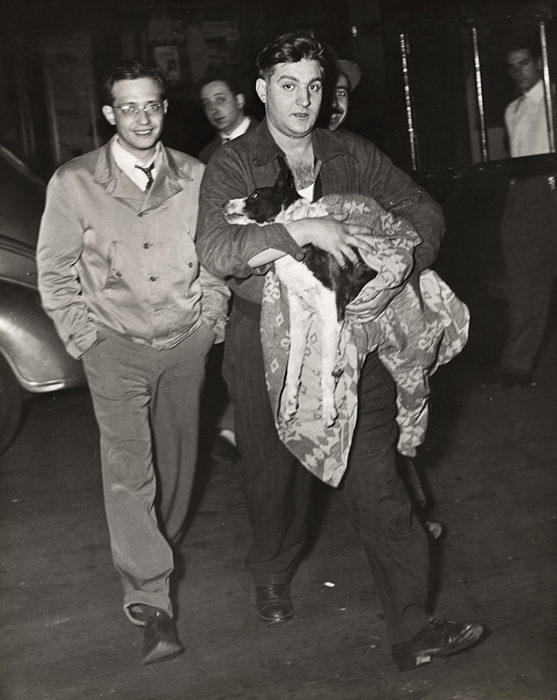 Mongrel Pup Almost Dies Saving 16 Families in Fire
Jerry, mongrel collie, was overcome by smoke in a fish store at 210 E. 10th St., but not before he attracted the attention of a passerby.

When the ambulance arrived an intern gave the unconscious pup an injection and continued treatments until he regained his senses. Sixteen families made their escape from apartments above the store, due to Jerry’s warning. 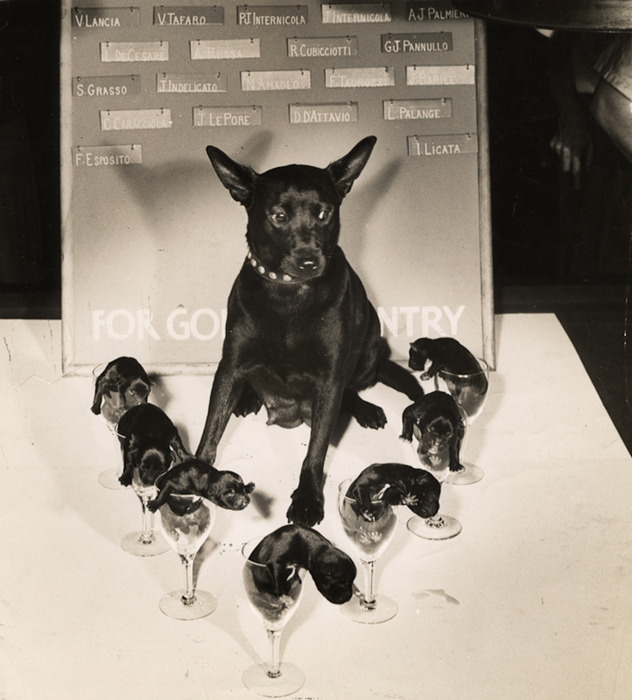 Up at the Dixie Rose A.C.
at Broome and Mulberry St., a neighborhood social club in the heart of Little Italy, Dixie Girl gave birth to a litter of seven pups on the pool table. Dixie Girl is reputedly a mixture of Belgian police dog and black spitz. In honor of 32 club members now in service, listed on sign in background, other members have voted to give pups as mascots to Army camps. “V for Victory” here was posed with pups one day old. PM Photo by Weegee.
PM, August 2, 1942, Vol. III, No. 39, p.5. 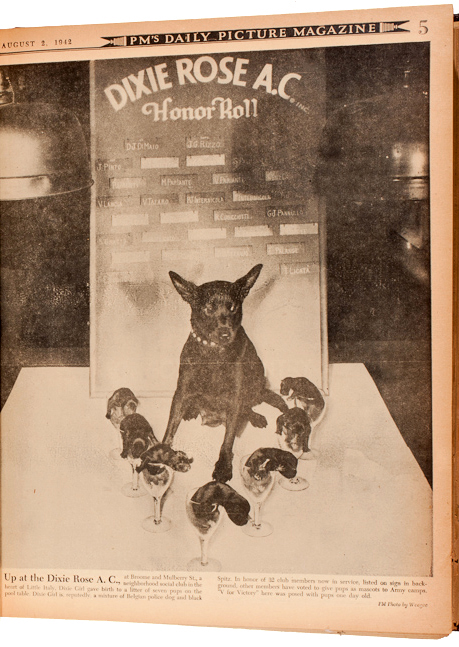 Weegee’s dogs – the first of a projected three part series. There is nowhere else on the entire world wide web where the above Weegee photos (high quality JPEGS) paired with their first appearance in print (well-researched) are presented.