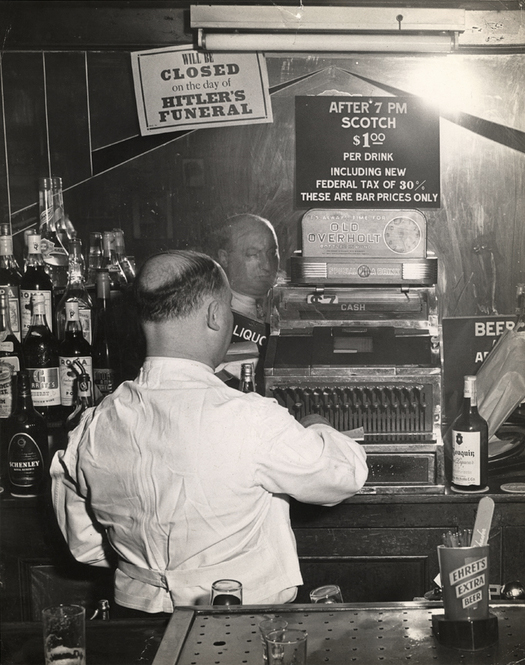 Sammy greets all his patrons at the door. I noticed he frisked some of the Bowery ones. He told me that they were the “bottle” babies and he could spot them by the bulge in their hip pockets. They would try to smuggle in a bottle of “smoke into Sammy’s place to drink in the washroom because if they drank out in the street or hallways the cruising patrol wagons would pick them up. 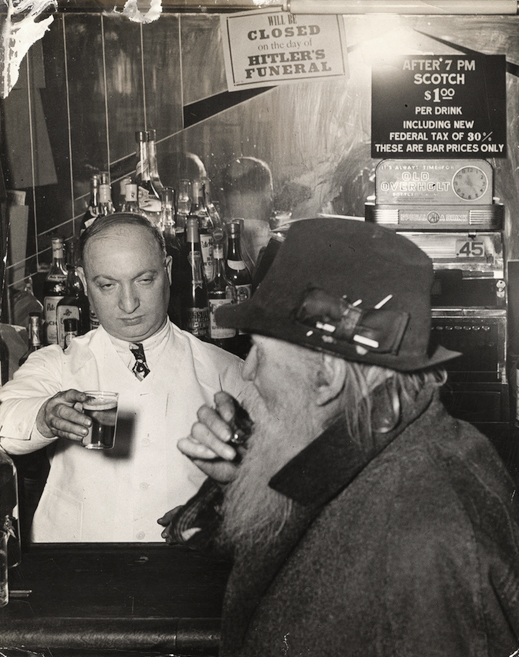 Sammy is wise to all the tricks of the Bowery chiselers but he is also a friend and always ready to lend a helping hand… lending money so a man can get cleaned up, food and a rom while he is getting over a hangover, I know Sammy gave $100 without being asked for it for a woman in the neighborhood who died and there was no money for the funeral. He also takes care of his customers’ valuables. I saw one woman at the bar give Sammy her wrist watch and thirty dollars to save for her till the following day, and I also saw him turn men away from the bar, telling them not to drink till their day off. 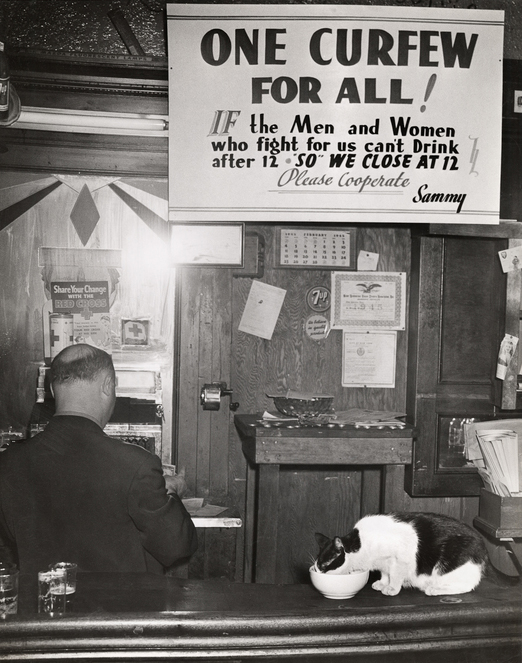 Sammy is known as the “Mayor of the Bowery” and his ambition is to become Mayor of New York City. And when that happy day arrives Sammy promises free drinks in every gin mill in town. Naked City, p. 139 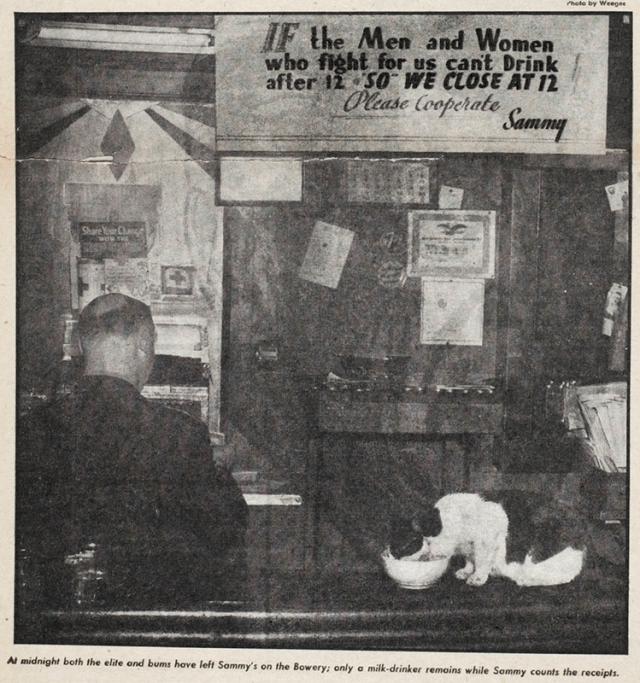