Weegee Wednesdays: “Happy 4th of July to you… Wish I was with you…”

Posted on July 1, 2015 by Christopher George 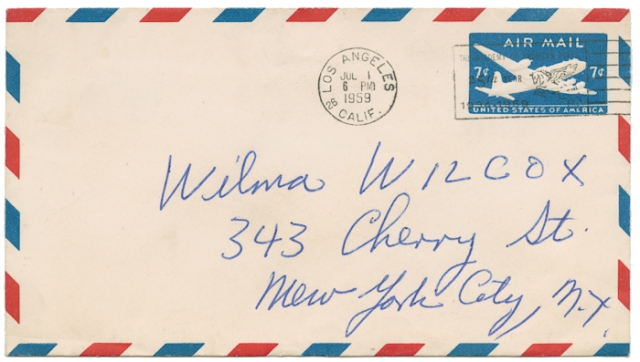 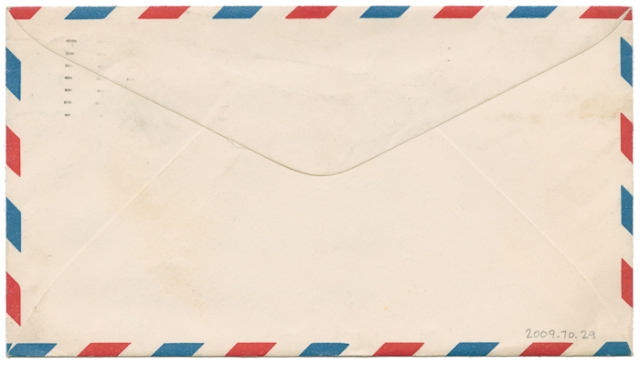 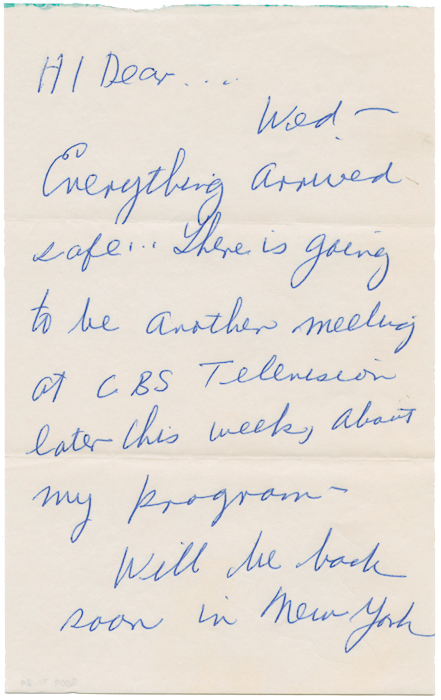 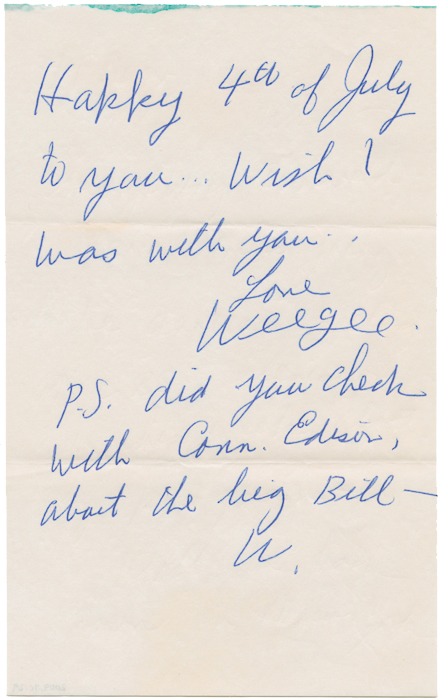 Wed.-
Everything arrived safe… There is going to be another meeting at CBS Television later this week, about my program.
Will be back soon in New York.

Happy 4th of July to you… Wish I was with you…

P.S. did you check with Con. Edison, about the big bill-
W.