Weegee Wednesdays: “I had no phone; I’m allergic to them”

Weegee photos of people on the phone and quotes about telephones from Weegee by Weegee… Yes, this week, I’m phoning it in…

Acme was located in the huge Printing Crafts building, at Eighth Avenue and Thirty-fourth Street, that had twenty-four hour elevator service and heat all night long. The bench in the darkroom became my bed… I had keys to the office. Early in the evening, after the place had closed for the day, I would come back… One morning, at about four a.m., I was fast asleep when the bells began to ring. That meant a flash was coming over the ticker. The dirigible Shenandoah had crashed in Ohio [September 1925]. I just had to telephone my bosses and tell them. I knew that if I awakened them they would want to know what I was doing in the office at that hour. But the story had to come first.
I telephoned. They came in quickly. They called Ohio and made arrangements for pictures of the crash to be put on the next train for New York… As I had feared, I was now called in on the carpet and told to get out and get a room to sleep in. My squatting days were over… [Weegee by Weegee, p. 31]

…the Missing Persons Bureau was an ideal spot in the evening. In the daytime, it was like a madhouse… At nighttime, with the office deserted, the lonely detective on duty was glad to have someone to chew the rag with. I made and received my personal phone calls, used the typewriter, I sent out bills, and I met my friends there… [Weegee by Weegee, p. 41]

In my room, I would have the mail and telegrams slipped under my door. I had no phone; I’m allergic to them. [Weegee by Weegee, pp. 64-65] 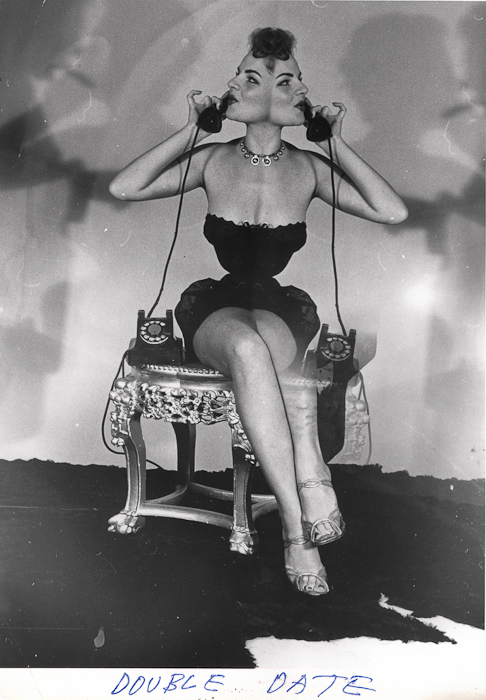 I was thinking of settling permanently in London… As I was working one night in the bathroom, finishing my pictures, my telephone rang. ‘This is the reception desk. The lady in the room underneath you complains that water is leaking into her bed.’ With no place to wash my prints, and being all washed up myself in London, I hopped a plane back to New York. [Weegee by Weegee, p. 148]

Life is better than ever now. There are new presidents… kings… queens… starlets… public enemies… Hello! Hello! Who’s calling? (I wish the phone would stop ringing.) This is the White House… this is Buckingham Place… this is the Warden of Sing Sing Prison… this is Alcatraz. Oh, so you want pictures? Have you got an appointment? Guess I’d better pack up my typewriter (I wish it had an attachment that could spell and write for me) and my camera and get going to… Paris… London… Berlin… Rome… Tokyo… Hong Kong…
The world is calling, and I’m on my way…
[Weegee by Weegee, p. 155]