100th Anniversary of the Armenian Genocide 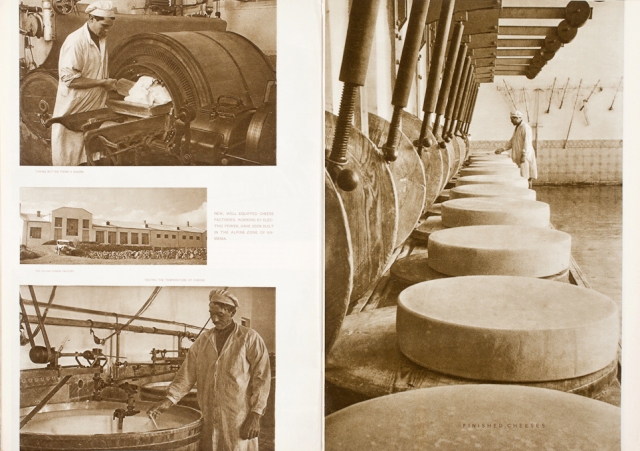 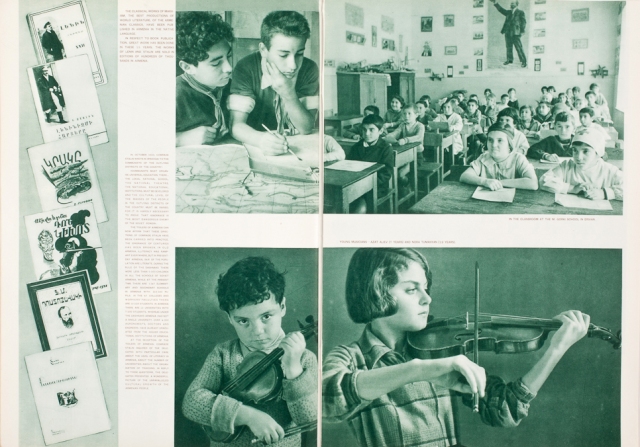 A Land of Ancient Culture
Where Ararat and Alagez Rear Their Summits to the Skies
Where Lake Sevan Extends its Waters
Where Foaming Streams Roar Down Mountain Chasms
Here lives one of the most ancient peoples of the world – The Armenians. As early as 2,500 years ago, Armenia was mentioned in historical documents. The ancient historians Herodotus and Xenophon wrote of the country of shepherds, of the Armenians, of their habits and customs. Situated on the very boundary of Europe and Asia. Armenia was invaded and ravished for many centuries by numerous conquerors who devastated the rich culture of ancient Armenia and destroyed the people of the country, and even at the present day, relics of this ancient culture can be seen in Armenia, silent witness to its past history – ancient architecture, sculpture and documents. USSR in Construction, “Soviet Armenia,” February 1936

The Armenians are one of the most ancient peoples in the world. After thousands of years they have now again acquired
A country of their own.
Everything in this reborn country,
Its towns,
Its industry,
Its agriculture, is new.
The gaze of hundreds of thousands of Armenians scattered over the face of the earth turns toward Soviet Armenia, now free from oppression, poverty and permanent fear of the conqueror.
For two and half thousand years the Assyrians, Babylonians, Persians, Greeks, Byzantines, Arabians, Mongols, Seldjuks, Osmans and the Russian Tsarist Satraps plundered and tortured the peaceable Armenian people. The conquering hordes marched through the country leaving ruin and death in their train.
Not so long ago, in 1915, [a chronology is here] under the rule of the Young Turks, two-thirds of the Armenian people were exterminated (“Approximately one and a half million Armenians were killed from 1915-1923. The remaining part was either islamized or exiled“). The notorious [Mehmet] Talaat Pasha [(1874-1921)] cynically declared that “There is no longer any Armenian problem, because there are no longer any Armenians.”

To commemorate the 100th anniversary of the Armenian Genocide I am posting several page spreads from USSR in Construction, “Soviet Armenia,” February 1936 and a few pages from the article “Armenian Soviet Socialist Republic,” in USSR in Construction, September – December 1937. (The complete text, the images above, and a few more can be found in an old Fansinaflashbulb post.) These pages portray and promote the Soviet construction of Armenia after the, in part, Ottoman destruction and an agrarian past. “The Armenian republic that emerged at the end of the first world war represented only a small part of historic Armenia. It was briefly independent before becoming part of the Soviet Union until 1991, when it regained its independence. Turkish (western) Armenia disappeared from the maps.” (The Guardian, April 16, 2015.)

The 1949 United Nations Convention on the Prevention and Punishment of the Crime of Genocide defines genocide as:
“Any of the following acts committed with intent to destroy, in whole or in part, a national, ethnical, racial or religious group, as such: killing members of the group; causing serious bodily or mental harm to members of the group; deliberately inflicting on the group conditions of life calculated to bring about its physical destruction in whole or in part; imposing measures intended to prevent births within the group; [and] forcibly transferring children of the group to another group.” The Guardian, April 23, 2015

This entry was posted in Fans in a Flashbulb and tagged Armenia, Armenian Genocide, genocide, turkey, USSR in Construction, World War 1, World War One. Bookmark the permalink.