Posted on February 20, 2015 by claartjevandijk 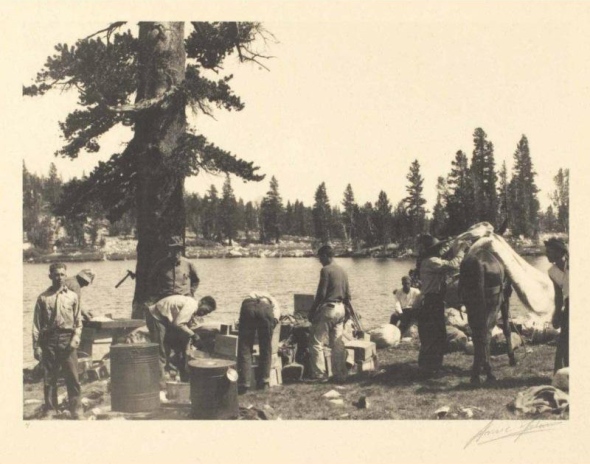 A shy and gifted child with a love for the outdoor, Ansel Adams became a member of the enivronmental organization Sierra Club when he was only 14. Very early in his career Adams published his work and writings in the Sierra Club’s bulletin and in 1928 he had his first exhibition at its headquarters in San Francisco.

This picture  shows a group of members gathering for a break at stunning campsite. It may have been during the yearly “High Trip”, a month-long hike that was organized each summer and took hundreds of the Club members to the most beautiful areas of the Sierra Nevada. Adams joined the trip in 1927 for the first time. In a short period of time Ansel Adams established himself as the main photographer of the Sierra Club and soon became known as both the artist of the Sierra Nevada and the defender of Yosemite.