Posted on September 12, 2014 by Christopher George 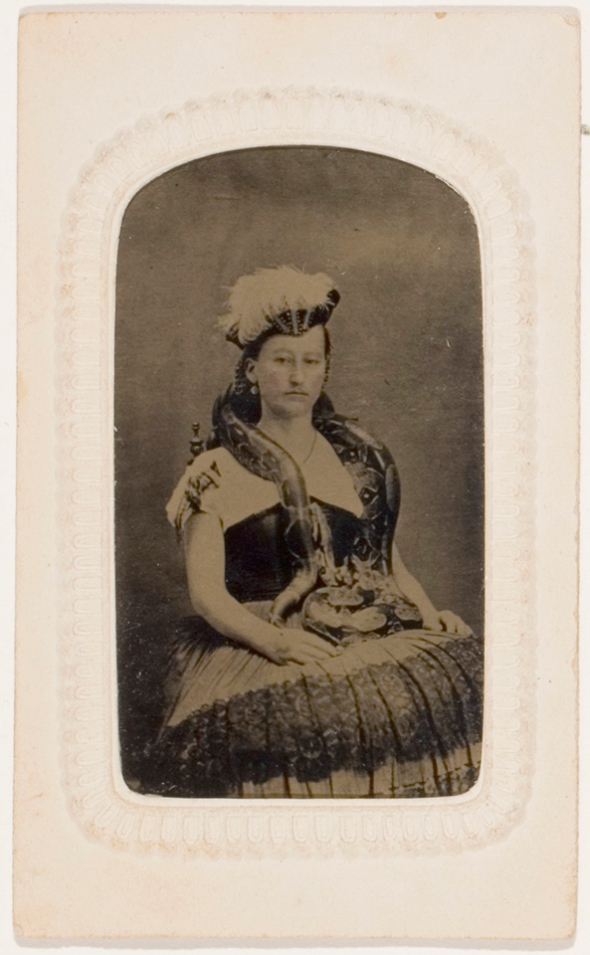 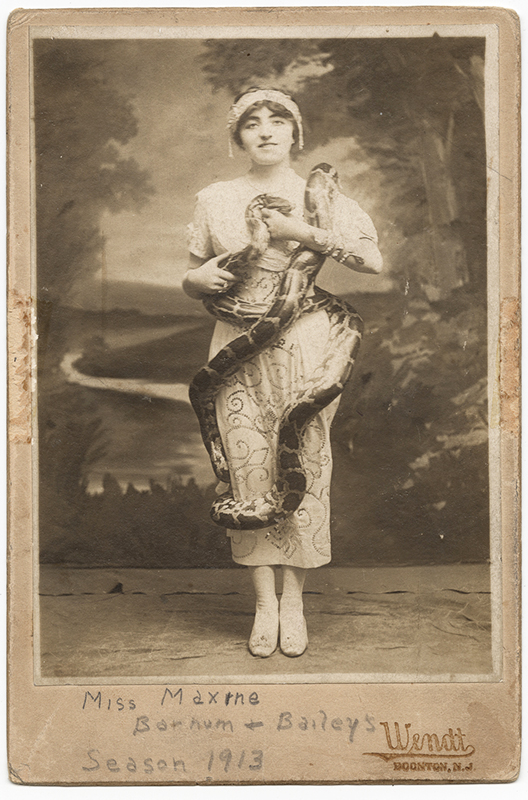 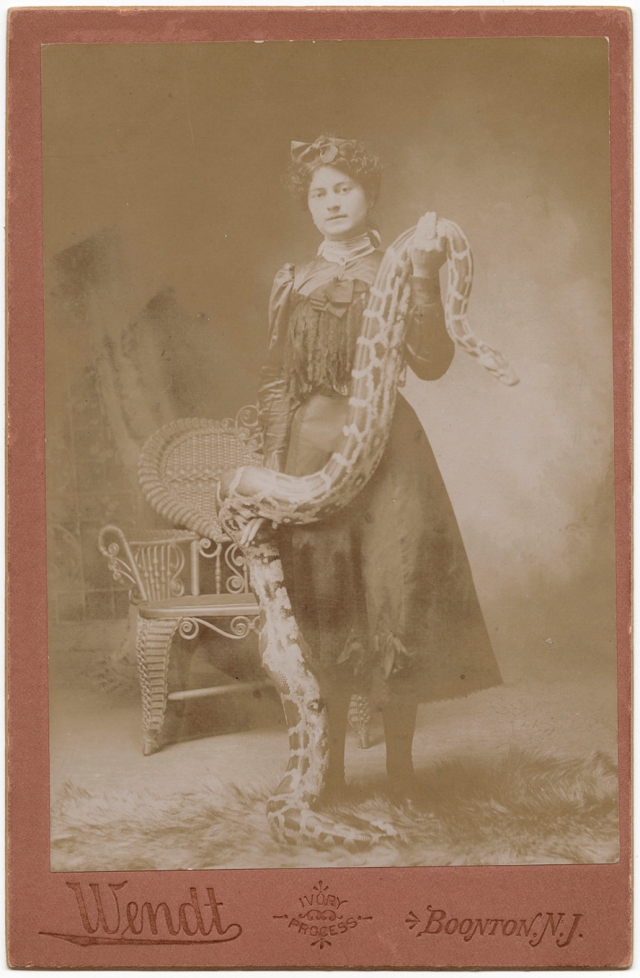 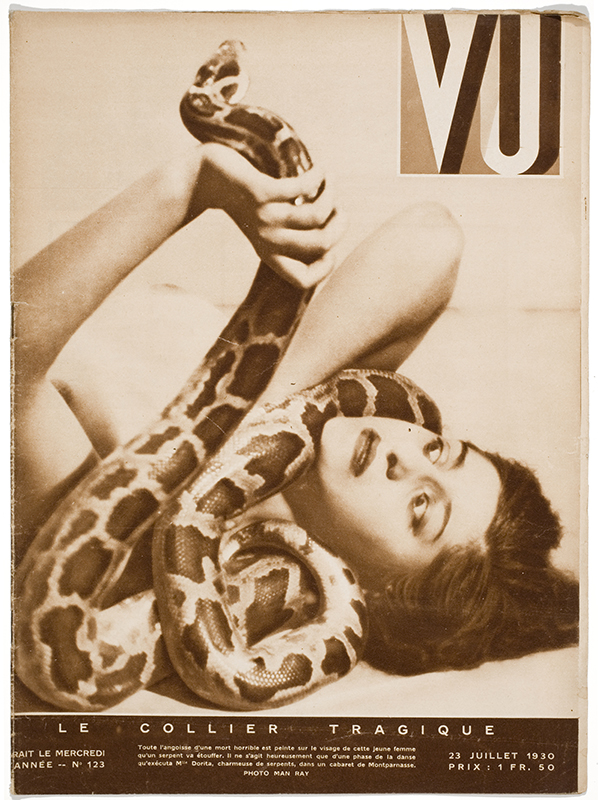 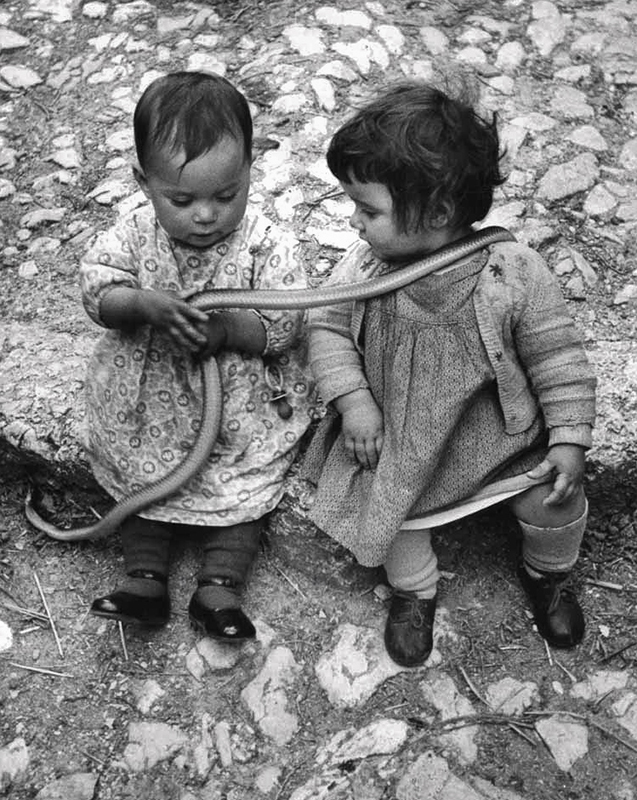 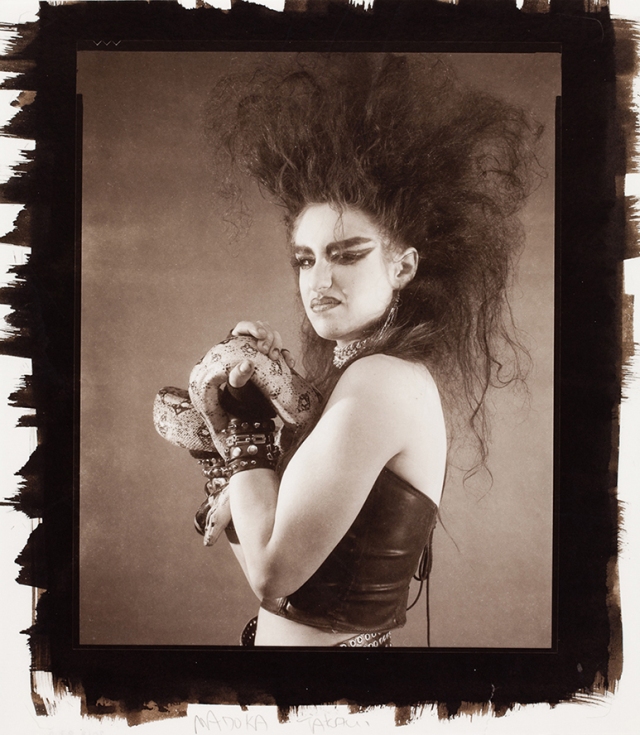 From Eve’s serpent to Nicki Minaj’s “Anaconda” (the video recently set a record for the most views, 19.6 million, in a day); from a very recent female anaconda’s parthenogenesis (“that is the beauty of science… We are still discovering things that surprise and amaze us”) in a UK safari park to Serptentina at the Coney Island USA sideshow; from a tiny tintype made in the 1870s to an 8 by 10 platinum (contact) print from the 1980s, there is something timeless and indissoluble about photos of alive and real, cold blooded, legless, forked-tongue, rapacious reptiles, and slithering serpents held by humans… (“Ah humanity!”)