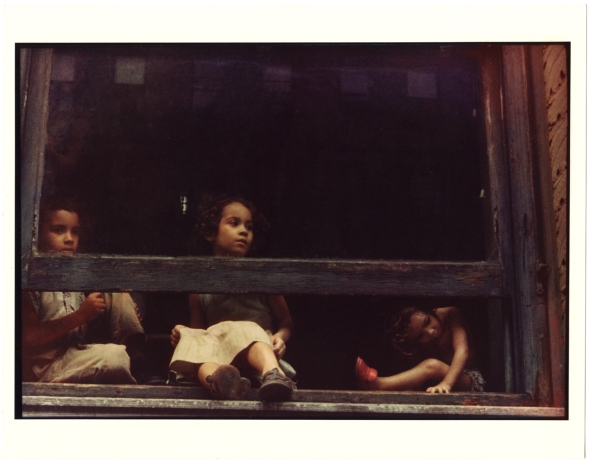 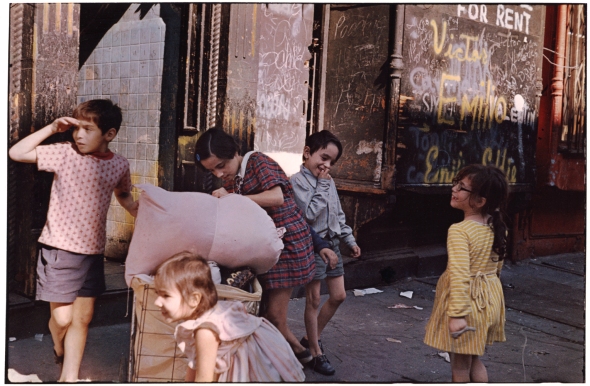 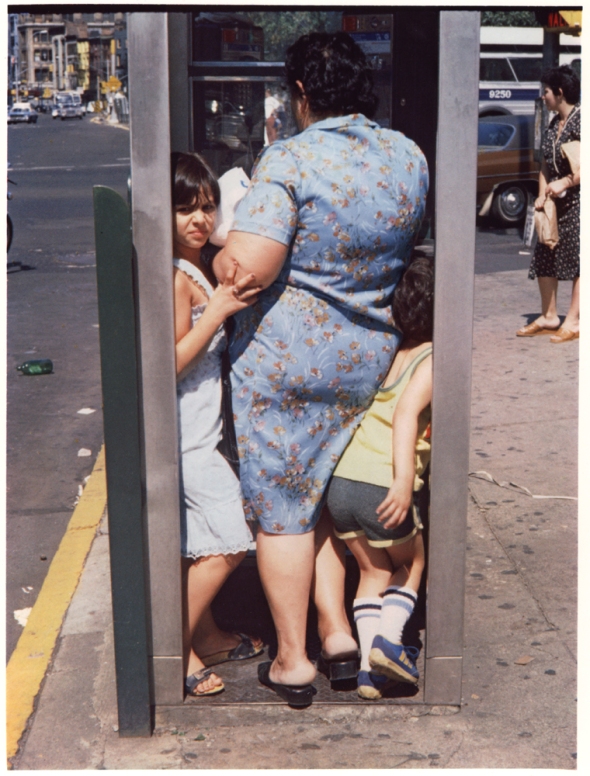 Helen Levitt’s street photography documents the vibrancy and humor of chance New York City moments. Her photographs of children are particularly intriguing in her ability to capture fleeting, candid street shots of play. Writer James Agee was an avid admirer of Levitt’s work stating, “At least a dozen of Helen Levitt’s photographs seem to me as beautiful, perceptive, satisfying, and enduring as any lyrical work that I know. In their general quality and coherence, moreover, the photographs as a whole body, as a book, seem to me to combine into a unified view of the world, an uninsistent but irrefutable manifesto of a way of seeing, and in a gently and wholly unpretentious way, a major poetic work.”

Starting the 1930s, Levitt took pictures of chalk drawings along the sidewalk, which led to the book, In The Street: Chalk Drawings and Messages, New York City 1938–1948,  published in 1987. While searching for drawings, Levitt came upon many intimate moments of children in the street. Her first solo show, Helen Levitt: Photographs of Children, was in 1943 in New York at the Museum of Modern Art.

After receiving a Guggenheim grant in 1959, Levitt started experimenting with color photography. The combination of her street scenes with the element of color made highly dynamic and saturated photographs. Unfortunately, much of the work from this time period was lost due to a burglary in the late sixties in which many of Levitt’s color transparencies and prints were stolen. Of the remaining prints, forty were included in landmark show in 1974 at the Museum of Modern Art. The show was unique not only in media, but also, because it was one of the first exhibitions to include a photographic slide show.

Levitt was also actively engaged in film, originally editing American propaganda films for Luis Bunuel and later working with Janice Loeb and James Agee on films like In the Street and The Quiet One. Levitt’s film In the Steet, released in 1952, has strong ties to her photographic work. The film is a silent documentary portrait of life in Spanish Harlem, and is the thought of as the cinematic version of her photographs.

This entry was posted in Fans in a Flashbulb and tagged color photography, Helen Levitt, New York City. Bookmark the permalink.