Posted on February 6, 2014 by fansinaflashbulb

This selection of works by three contemporary American female photographers Lorna Simpson, Carrie Mae Weems, and Mickalene Thomas respond to images of African American women. Seen through the lenses of their cameras, they share and make visual commentary of the issues surrounding the images they see of themselves as African American women in history, science, fashion, and media. This has been a major concern in mainstream American culture. By bringing attention to these issues, these artists look to make positive change through awareness. 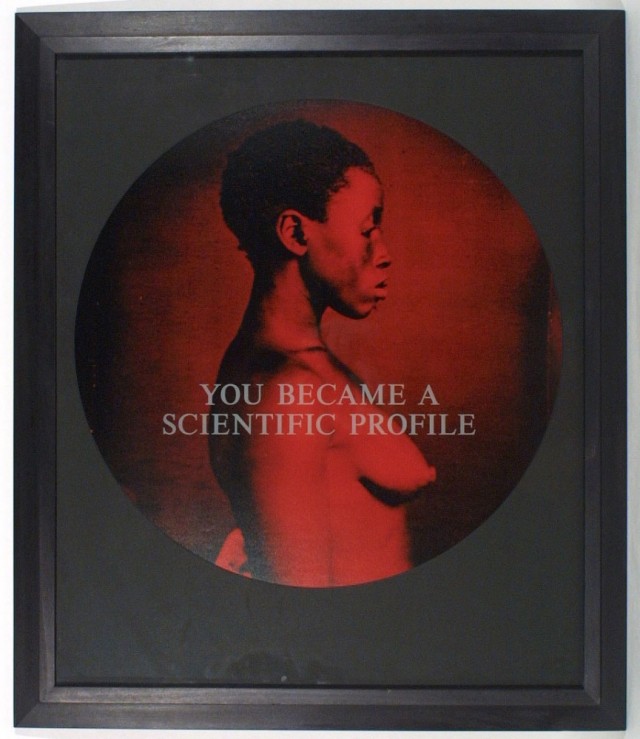 These three women have taken full advantage of using archival images. They look at misconstrued images and create a dialogue about how American history dictated the negative representations and stereotypes and how they continue to affect the identity of this culture. Carrie Mae Weems uses found Louis Agassiz slave daguerreotypes as a way to remind viewers that Africans American slaves were often seen as science experiments. Some of these representations have had a long lasting and severe impact on how African American have been presented long after slavery. Lorna Simpson looks at memory and Mickalene Thomas mixes fashion and sexuality. 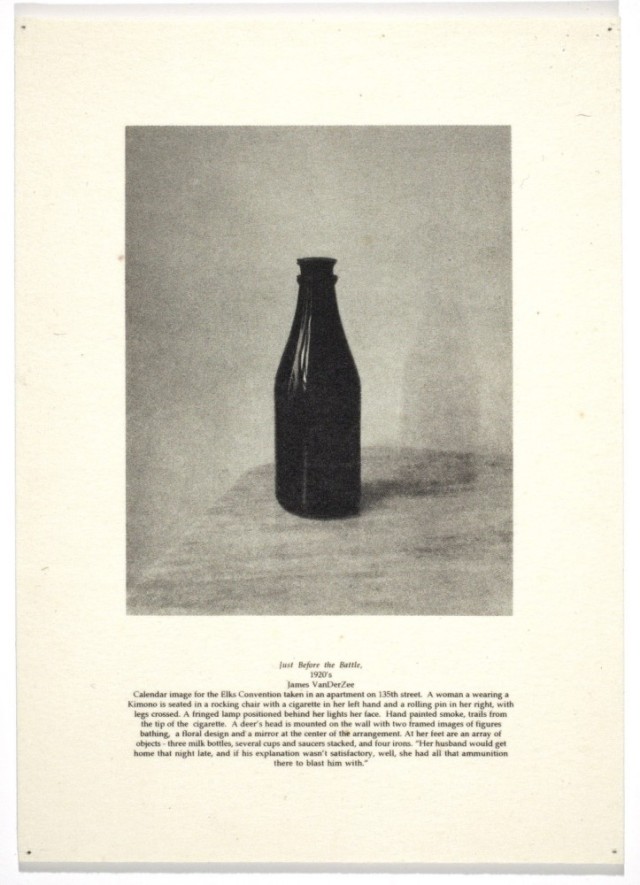 Simpson, Weems, and Thomas explore new ways to look at identity through the use of images and words, but they also tell a story with the titles of their pieces, which tie together the power of words and images. We have intermixed the titles to create another piece through poetic statement.

You Became a Scientific Profile

My gift to you

This entry was posted in Fans in a Flashbulb and tagged Carrie Mae Weems, ICP-Bard, Lorna Simpson, Mickalene Thomas. Bookmark the permalink.