Posted on January 28, 2014 by fansinaflashbulb

A modern method of destruction (total obliteration) for a modern way of life!

Nations are built on violence. The United States of American gained hegemony after the Second World War was ended through the use of two nuclear weapons in the Pacific. In Plutonium Circus, a documentary film about Amarillo, Texas, a man remarks that while the nuclear attacks on Japan were certainly not the first time civilians had been targeted in war, those attacks can be seen to represent the first time that civilians were intentionally targeted. Estimates vary on exactly how many individuals died in the bombings of Hiroshima and Nagasaki but it is thought to be somewhere around a quarter of a million. Most of these deaths occurred within the first days of the bombings. 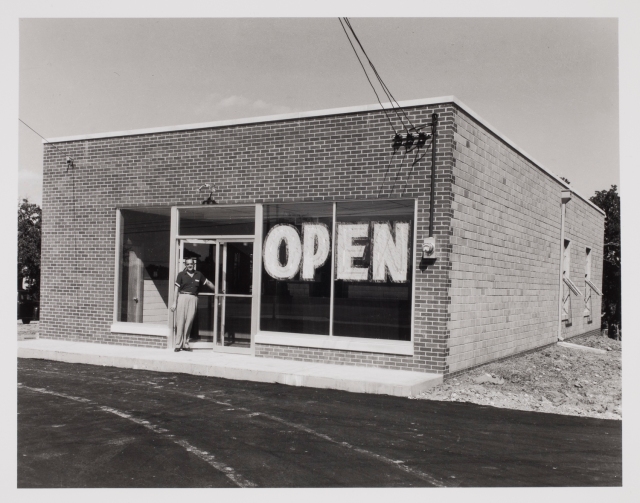 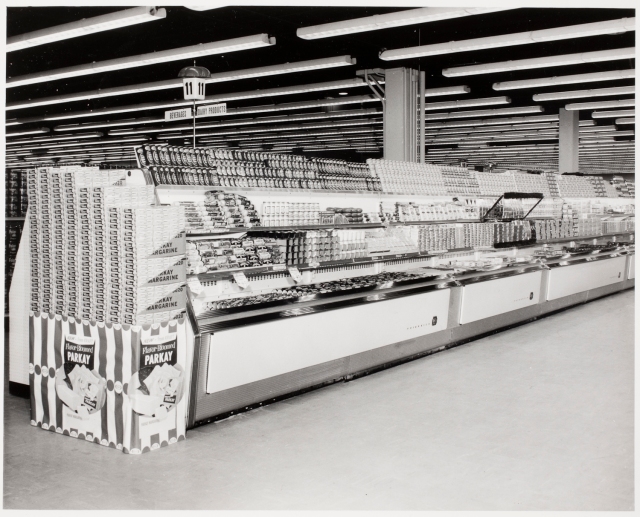 The use of those two nuclear weapons changed everything. They made everything disposable. From those two events modern America was created. All nations are predicated on violence and intimidation. The nuclear attacks on Japan had the effect of intimidating the entire world. The America that is pictured in Bill Wood’s photographs was built from unimaginable violence. Wood shows us the most mundane and everyday parts of America. Contrasted against these banal and nostalgic images of brand-new America in its abundance are two survey photographs of the effects of the bombings. Massive death and destruction ultimately produces nothing but a nihilistic and nostalgic sort of banality. It’s pretty straightforward. It’s probably ultimately reductive as well.

In addition, it is interesting to note that both of these photographic archives are filled with images that were made on assignment rather than by a personal or artistic desire. They are, in a sense, “workaday” images for a specific purpose that have been (magically?) transformed into art objects by inclusion in a museum.