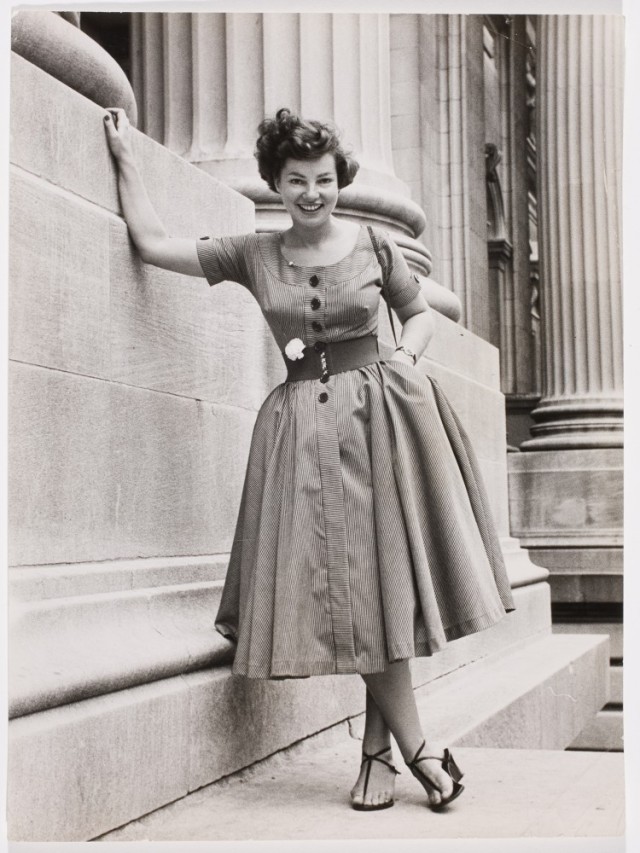 When people think of LIFE’s pioneering female photographers, usually it’s Margaret Bourke White who springs to mind. But much can be said for Lisa Larsen (1925-1959), who photographed a wide array of subjects for the pages of LIFE. Larsen was born in Germany and moved to the United States as a teenager. She started out as a picture file clerk at Black Star, but soon progressed to freelance photojournalism for many publications, including Vogue, The New York Times, Parade, Glamour, Charm, Holiday, and LIFE. After 1948, the bulk of Larsen’s photojournalism was contract work for LIFE. In the beginning she was assigned mainly entertainment and fashion stories, such as photographing the Vanderbilt family, Kennedy family, Bing Crosby, and the Duke of Windsor as well as the Greenbriar Hotel. Mrs. Vanderbilt once told Larsen to dress in “a simple black dress with short sleeves and one string of pearls.”

But soon Larsen was moving on to more political stories, first by shooting the official post-election portrait of First Lady Bess Truman and her daughter Margaret and then by shooting the Dwight D. Eisenhower presidential campaign in 1950. She also shot Vice President Alben Barkley on the campaign trail, and he referred to the good-looking Larsen as “Mona Lisa.” Her most famous domestic political work is probably her photographs of the John F. Kennedy/Jacqueline Bouvier wedding.

Larsen’s work became more international in the early 1950s as she photographed Iran’s Premier Mohammed Mossadegh from his New York hospital bed during the 1951 Iranian oil dispute with Great Britain. That led to a personal invitation from Mossadegh to visit Iran for a two-week vacation, which she did in 1952, taking photographs at Isfahan, Kum, Persepolis, and Shiraz. In 1953 she took pictures of Vijaya Lakshmi Pandit, the first female president of the United Nations General Assembly, and accompanied photographer Cornell Capa to Jamaica to cover Queen Elizabeth II’s first royal tour. Her work in the field continued in Guatemala in 1954, where in covering the Institute of Nutrition of Central America and Panama (INCAP) she talked to doctors, inspected labs, and went on field trips to better understand her subject.

At the 1955 Bandung Conference to promote ties between Africa and Asia in Indonesia her LIFE assignment was to undertake a series of private interviews with and portraits of the statesmen present. At the Bandung portrait sessions, Larsen used a small portable tape recorder and two Leica cameras. Larsen writes: “A man who sits in front of a camera is less likely to be interview conscious. His words appear less carefully chosen . . . he focuses primarily on ‘how he looks.’ This casual approach can reveal much about a man’s personality.” 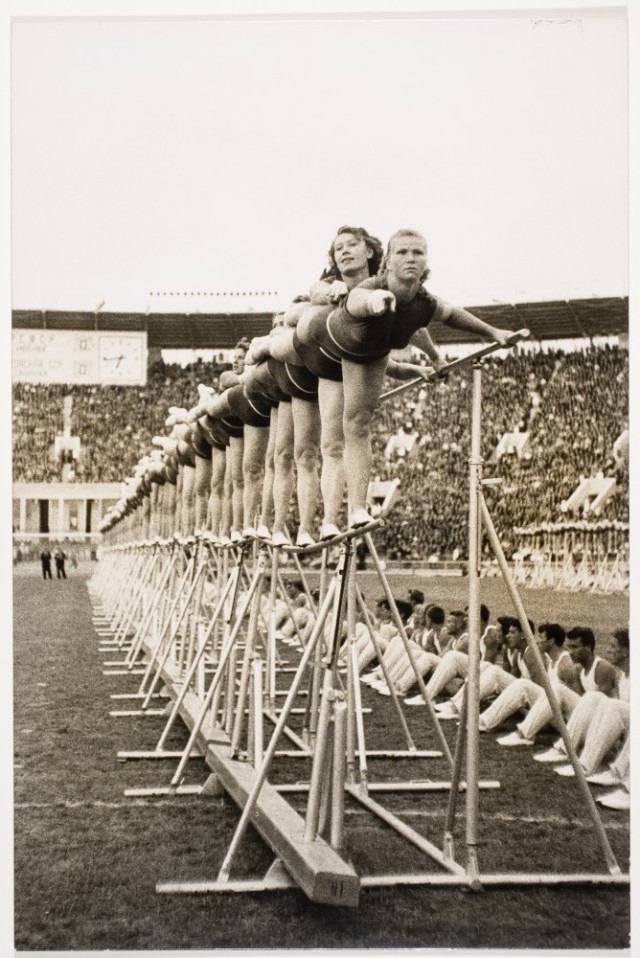 After the conference Larsen traveled through Hong Kong, Japan, Vietnam, Cambodia, Laos, and China. Larsen spent four months in Moscow in 1956, and quickly became a favorite of Nikita Khrushchev.  The Russian leader developed such an admiration for Larsen and her tireless work habits that he gave her a bouquet of peonies. A couple of years later she inspired an aside from Khrushchev during one of his anti-Western speeches. “Don’t misunderstand me,” he said, eyeing Larsen in his audience. “There is an American girl standing in front of me. Americans are good people.”

Larsen also gained the admiration of Yugoslavian leader Marshall Josip Tito during his visit to the Soviet Union and was the only photographic correspondent permitted to photograph Tito relaxing at the Black Sea resort of Sochi, Russia. At the invitation of the Mongolian ambassador, whom she met in Moscow, Larsen became the first American photographer permitted to visit Outer Mongolia in over ten years in the summer of 1956. 1957 found Larsen in Poland reporting on life after the Polish Revolution and her dispatches covered politics, industry, culture, and religion. Larsen also reported on displaced Hungarian refugees and documented their plights at camps in Yugoslavia, Germany, Switzerland, and Austria. Larsen covered Khrushchev again in 1958, this time on his tour to celebrate the anniversary of its 1945 “Liberation by the Red Army.” Larsen died of cancer in 1959.

Larsen was particularly talented at capturing the essence of her subjects. She said: “I feel it is very important to know your subjects as individuals. Ideally this takes time–and often you don’t have time. You work under pressure. . . . I dislike superficial and I especially dislike superficial relationships.” Her work stands as a testament to her dedication for going above and beyond.