The Female Body and the Voyeuristic Male Gaze

Much of the way we can understand photography of the body must be related to the male gaze. The relationships, values, and assumptions on which the terms of sexual representation are based can be seen in the way the male looks at a female. In the words of Graham Clarke, Chim’s image of Bernard Berenson at the Borghese Gallery places such a relationship in a wonderfully subtle yet telling context. “This is a study on the act of looking, although filtered very much through the life-style of a refined and aesthetic patrician figure. The civilized encounter allows it to be places within the ambiance of fine art and the museum; but, Berenson apart, it also places it in terms of the male gaze and female passivity. The female precise here is seen only in terms of a frozen object. The male figure is free to roam the gallery in search of female images and female forms. It is, as it were, a feast for his eye.” (The Photograph, 1997, p. 125) 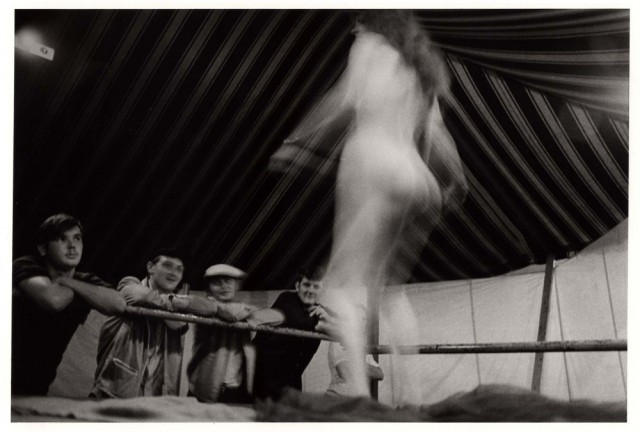 The “gaze” is more than a look, it is the reflection of structures that imply power, but also imply the voyeuristic (i.e. seeing woman as image “to be looked at”) and the fetishistic (i.e. seeing woman as a substitute for “the lack,” the underlying psychoanalytic fear of castration). In these terms, a body is subjected to assumptions which have nothing to do with individuality nor the uniqueness of the person being photographed. In the voyeuristic frame of reference, the body is always photographed within a private space. If we can identify this space, the context of it is crucial.

To define the nude as a subject, the interior in which the photo is taken seems necessary. This definition of the space is connected to the act of the voyeur, the one who looks upon a secret space. Yet again, this act is dependent upon the passive and unknowing figure of the female being looked at and exposed to the male gaze. E. J. Bellocq’s images of prostitutes from 1900 suggest this negotiation with an interior space and thus exemplify this argument. The photographs are taken of the private interior of a brothel in New Orleans and show how the photographer has sneakily intruded on a private moment, in order to expose it to a potential public viewing.

Bellocq’s photographs are extraordinary but when looked at in relation to recent criticism, they show a particular male way of viewing the female body. Being photographed in this particular interior, the women are presented as bodies on display instead of as individuals. As prostitutes, it is as if the women’s only function before the camera is to advertise what the body offers. Although they are usually seen as documentary images, Bellocq still seems to photograph the women from the point of view of the clients, and does not question the terms of reference nor the implication of what it really is that he is photographing. 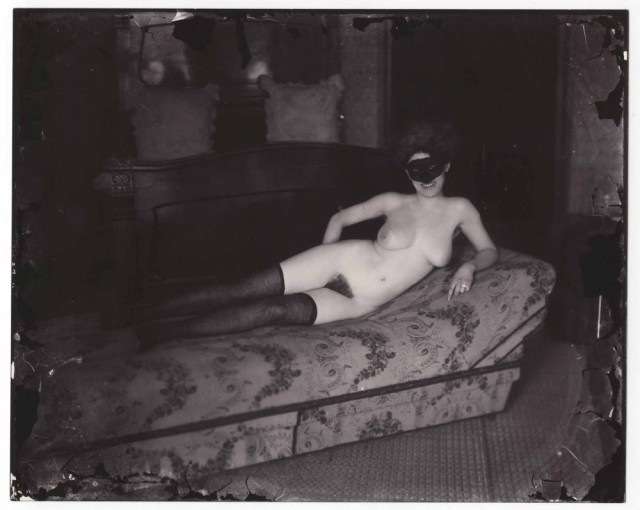 1 Response to The Female Body and the Voyeuristic Male Gaze