Posted on September 14, 2013 by lesleyannedrake

Born in Hungary on September 14, Lucien Aigner (1901-1999) was a pioneer of photojournalism, and his works have been the focus of two ICP exhibitions. Best known for his coverage of pre-World War II Europe, including political events, personalities, and daily life, Aigner was one of the first photographers to use the newly invented 35mm Leica. This small, unobtrusive camera allowed the user to more easily capture spontaneous moments.  Together with his contemporaries Alfred Eisenstaedt and Robert Capa, Aigner helped lay the foundation for modern photojournalism. 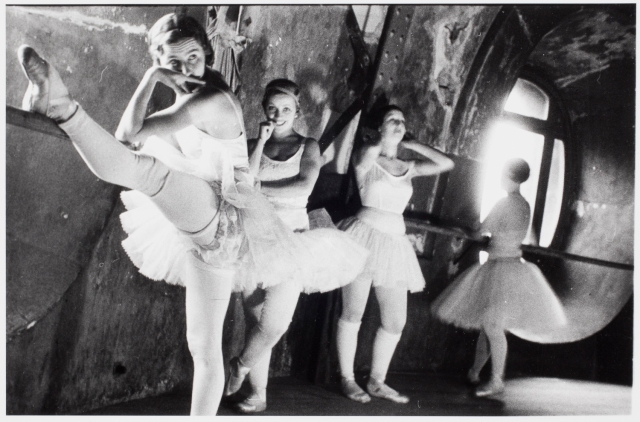 According to photo historian Andrew Eskind, Aigner “delighted in the candid–the quick grab.” Indeed, Aigner’s photographs of famous people are not posed, but natural and snapshot-like, catching the subject in an unguarded moment. Perhaps the most famous examples of Aigner’s candid style are his photographs of Albert Einstein.  In order to make Einstein feel relaxed around the camera, Aigner spent the day with the scientist, trying his best to blend into the background.  The result was Einstein’s favorite photo of himself, Einstein Facing the Universe.

This entry was posted in Fans in a Flashbulb and tagged Albert Einstein, Lucien Aigner, photojournalism, Winston Churchill. Bookmark the permalink.