Posted on August 1, 2013 by lesleyannedrake

Photographer Melissa Ann Pinney (b. 1953) has been exploring the construction of female identity for almost thirty years.  Initially, her photographs focused mainly on adult women.  But after the birth of her daughter Emma, girlhood became the central theme of her work.

In her book Regarding Emma: Photographs of American Women & Girls (2003), Pinney captures what it means to be a girl and how girls are trained to become women. Ideas about femininity are communicated through popular culture and through mothers, grandmothers, sisters, and aunts. Indeed, much of Pinney’s work is concerned with the relationships between girls and the older generations of women who guide them.

A continuation of Regarding Emma, Pinney’s book Girl Ascending (2011) features young women aged nine to sixteen as they navigate adolescence, form friendships, and struggle to fit in. An undercurrent of spirituality runs through through the photographs. Shaped by her Catholic upbringing and the imagery of the Virgin Mary, Pinney’s work reflects an interest in moments of wonder, epiphany, and self-reflection. 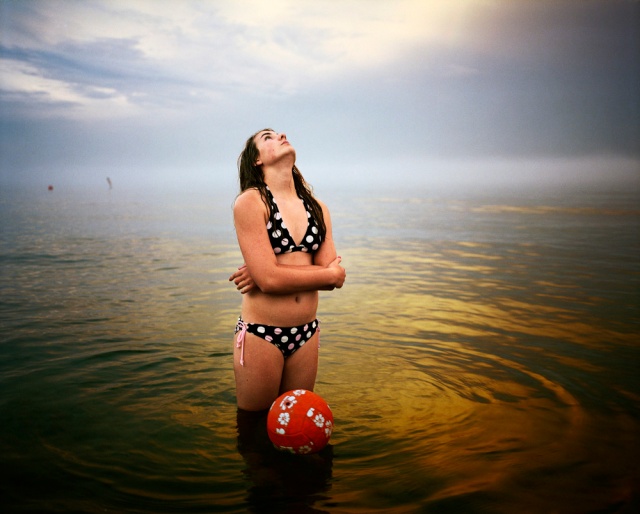 An avid reader, Pinney has also been influenced by the stories of women in Lives of the Saints and the novel Little Women. In an interview for the Chicago Tribune she said, “I certainly see the tomboy high spirits of Jo March in these pictures.” The tension between real and ideal, energy and etiquette is an important underlying theme in her work.

This entry was posted in Fans in a Flashbulb and tagged childhood, girls, Melissa Ann Pinney, photography. Bookmark the permalink.