Posted on February 27, 2013 by jacquelinegilbert24

Balenciaga, Schiaparelli, Nina Ricci, and Hermès are all names associated with French high fashion, but in 1944, each designer tried their hand at outfitting a much smaller client–a miniature wire mannequin measuring at just a third of the size of a real person. These dolls were made for the Theatre de la Mode, a Parisian traveling exhibition that was intended to champion the skill of French couture at a time when the industry had been hit hard by the war.

After their hugely popular 1945 world tour, the dolls sat in storage and were later acquired by the Maryhill Museum of Art in Washington. In 1990, the dolls were rediscovered and sent back to Paris to be restored and then re-showcased at the Musée de la Mode. The magic of these impeccably dressed dolls was captured by fashion photographer David Seidner, who gave each of the fashion dolls its own photo shoot for the book Theatre de la Mode. 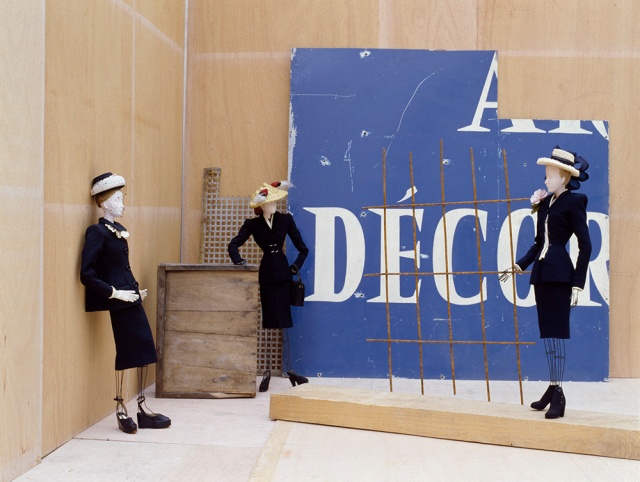 2 Responses to Better Dressed Than Barbie