Posted on September 4, 2012 by annalinehan 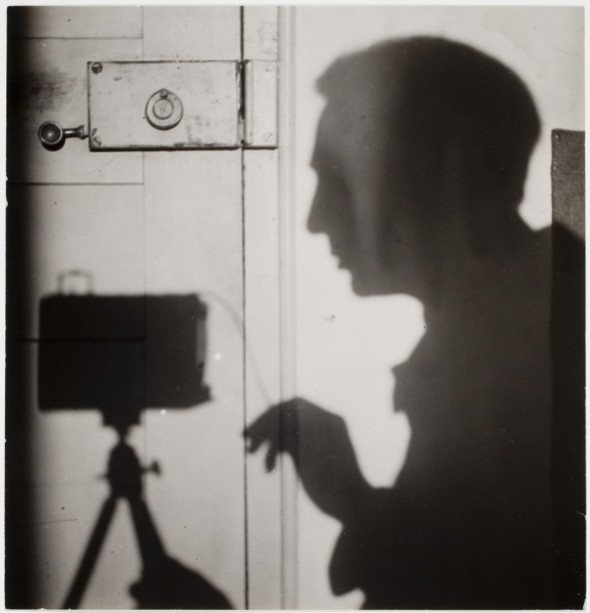 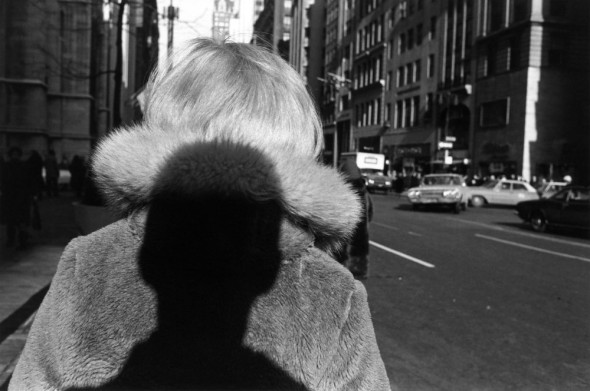 The appearance of the photographer’s shadow, whether as a deliberate compositional element or inadvertent presence in a family snapshot, can foreground the photographer’s subjectivity and skill as image-maker or authority as witness to an event, centralize the interactivity between parties on either side of the camera, underscoring emotional or psychological connectedness between photographer and subject (as in Robert Frank’s portrait of his wife) or valences of aggression or voyeurism in the act of photographing (perceptible however comically,in Lee Friedlander’s shadow cast on the back of woman’s fur coat as he follows her down the sidewalk), or simply bespeak photography’s obvious physical and temporal specificity–the fragment of a second during which this ephemeral and contingent trace of the photographer’s body was fixed as an image.

Formally, recurring shadow self-portraits (especially a crisp profile like that made by André Kertész, or this example by Walker Evans) recall silhouette portraiture dating back to the 1770s. According to historians at the V&A, “Sittings took no more than five minutes and endless exact copies could easily be made from the original.” Cheap, quick, reproducible, and indexical, this proto-photographic form of portraiture remained popular in France, Britain, and the United States through the mid-nineteenth century. A shadow, like a silhouette, describes the human figure in a radically simplified way, resulting in a portrait that is both specific and anonymous. Contemporary artist Kara Walker draws upon this simultaneous recognizability and ambiguity of the silhouette form (historically linked to the pseudoscience of physiognomy) as a means of addressing, manipulating, and complicating racial and sexual stereotypes in her work through the physical forms and gestures of her cut-paper actors; she describes the silhouette as “a format to sort of encapsulate, to simplify complicated things,” a way of “taking on an alternate identity because of the anonymity…and because the shadow also speaks about so much of our psyche. You can play out different roles when you’re rendered black, or halfway invisible.”