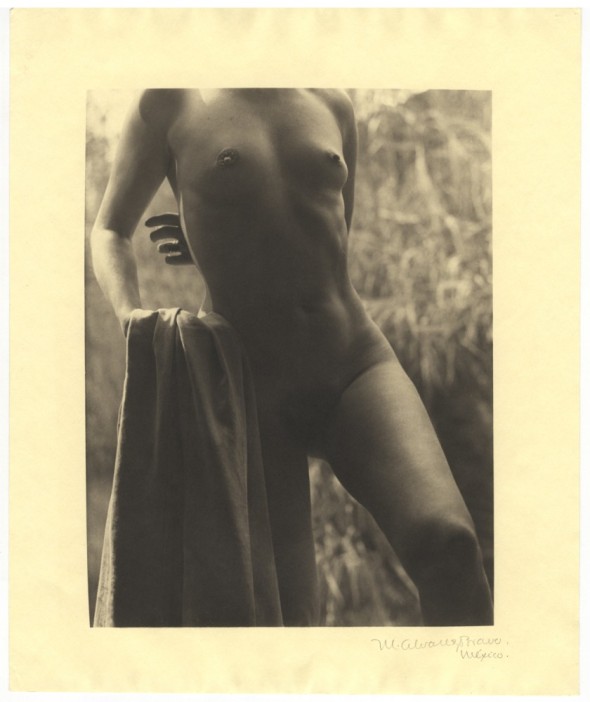 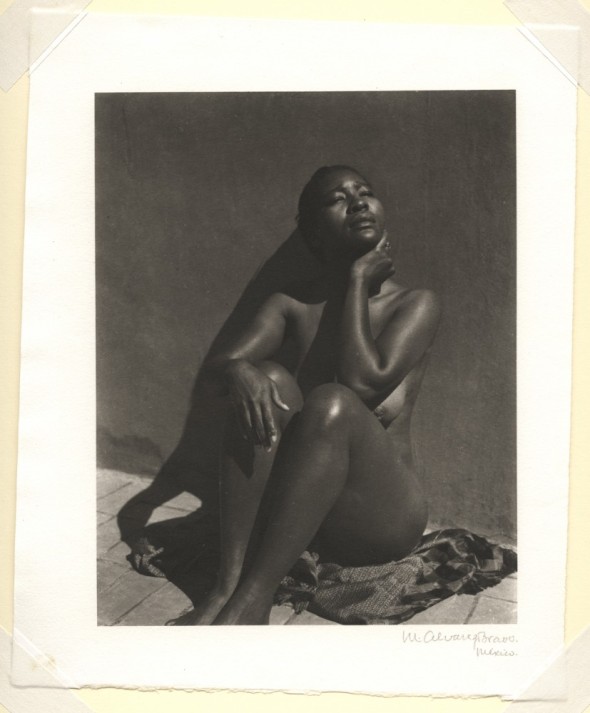 The body of woman

that, at the prompting

in the great album

Manuel Álvarez Bravo (1902-2002) was a self-taught Mexican photographer whose father (teacher) and grandfather (painter), both amateur photographers, encouraged him to learn photographic techniques.

By 1925 he was friendly with Tina Modotti, Diego Rivera, and Pablo O’Higgins, among others artists. These friends encouraged him to work from the ideologically and politically to the social charisma, that distinguishes all his work: translating Mexican culture and identity, with a vision that goes beyond a simple documentation, entering with great imagination and urban life of people, fields, religion, landscape, and traditions.
While he was alive, he presented his work in over 150 solo exhibitions and 200 group exhibitions.

In Diez Desnudos (Ten Nudes), we can see how Manuel Álvarez Bravo makes use of platinum technique to get his extraordinary detailed and delicate photographs of nudes and nature. We also see the irony used by the photographer in the titles of his pictures, which expresses a lot about himself.

Two aspects that make the impression of platinum palladium so special and loved by photographers and so treasured by collectors and investors are its beauty and permanence. The beauty of a platinum palladium print is due to its wide spectrum of tones: the delicate and rich tonal range of the platinum black is warm and expands into a wide range of gray halftones. The lights are reproduced in a particularly delicate platinotype. Since its invention in the late 1800s, photographers like Alfred Stieglitz, Paul Strand, Clarence White, Edward Weston, Edward S. Curtis, Irving Penn, Manuel Alvarez Bravo, and others have used this process to produce beautiful photographic prints.

This entry was posted in Fans in a Flashbulb and tagged Diez Desnudos, Manuel Alvarez Bravo, nude, platinum palladium. Bookmark the permalink.