75th Anniversary of the Disappearance of Amelia Earhart 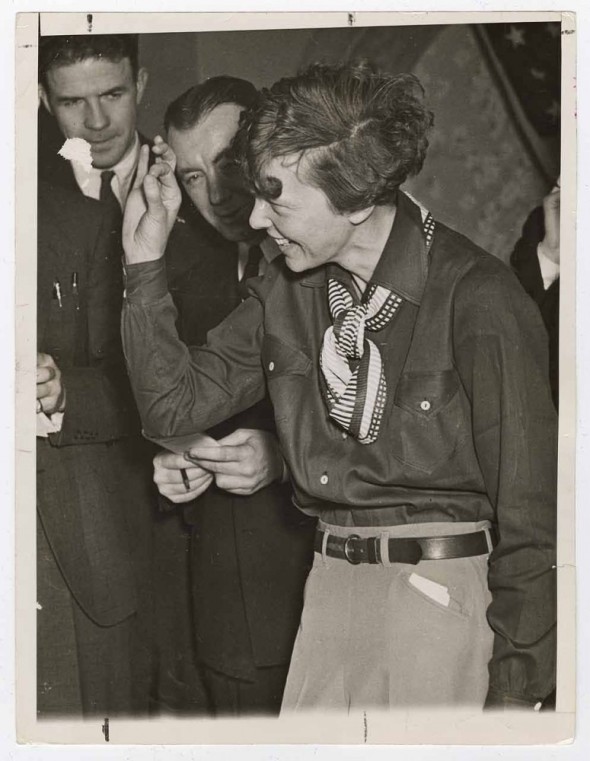 This image was run after Earhart’s disappearance: “Several months ago, when Amelia Earhart disclosed plans for her around-the-world flight, a reporter asked her how big Howland Island would look on the map compared to the other places she would visit, and she smilingly held up her hand as shown. Tonight [July 2, 1937] she apparently had missed the tiny island in her flight from New Guinea.”

Earhart knew that the most difficult part of her round-the-world trip would be the 2,556-mile flight from Lae to Howland Island, a tiny speck in the South Pacific. In addition to building her a landing strip on the island with WPA funds, the US government also stationed the USS Ontario midway between Lae and Howland and the Coast Guard cutter Itasca at Howland.

The Itasca was supposed to maintain radio contact with Earhart by issuing weather reports and sending up puffs of smoke to help guide her. Even though July 2, 1937, was a clear day, she never saw the smoke and she could make only sporadic radio contact. 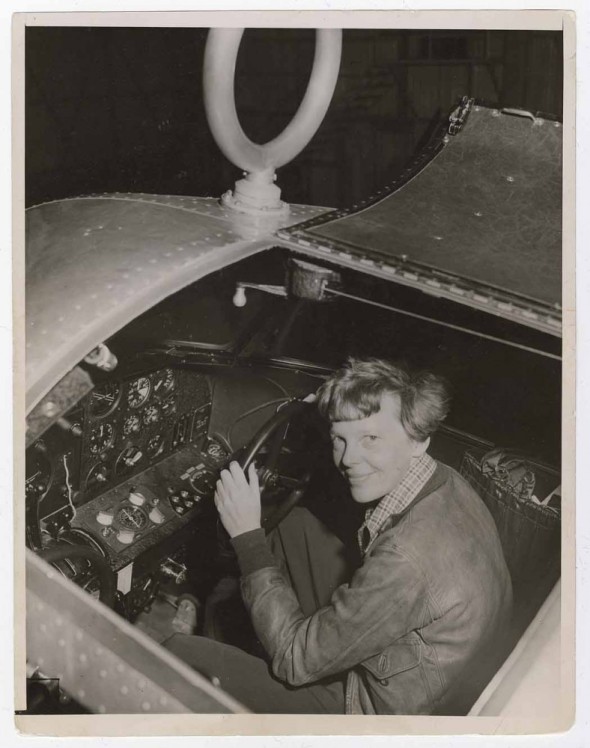 Unidentified Photographer, [Amelia Earhart at the controls of her Lockheed Electra], March 12, 1937

Earhart described the cramped conditions of the Electra’s cockpit: it was only “four feet six inches by four feet six inches.” The bamboo pole along the roof was for passing notes back to her navigator Fred Noonan. The circular object on top is Earhart’s Bendix radio direction finder. She and Noonan jettisoned their marine frequency radio and trailing antenna because neither was proficient with Morse code. Those devices might have helped them locate Howland Island. 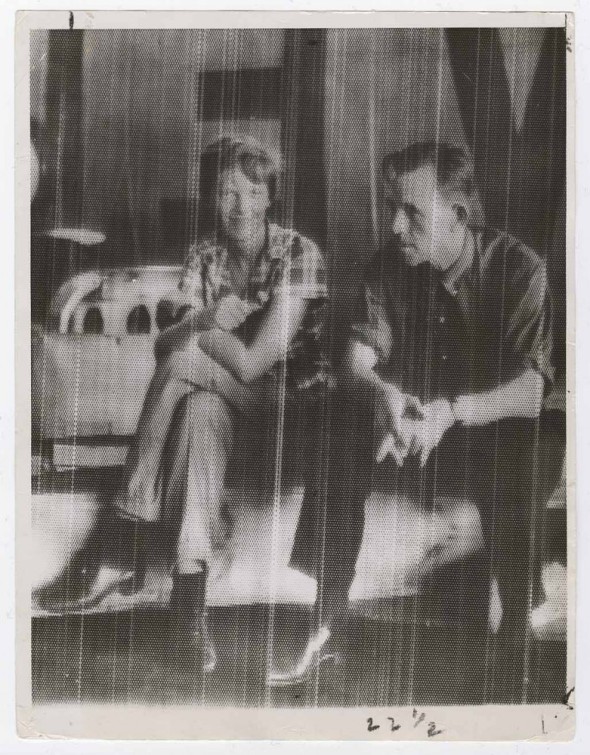 “Amelia Earhart and her navigator, Fred Noonan, are shown resting beside their plane here [Batavia, Dutch East Indies, now Jakarta, Indonesia] before the round the world flight which ended when they were forced to land on the Pacific near Howland Island. This picture, sent by radio from London to New York, is believed to be the last taken of the pair before their mid-ocean disaster.”

Earhart and Noonan did sightsee in Jakarta, but this image was probably taken in Bandung, three hours away. The pair spent six days in Bandung, a hub for KLM’s South Pacific flights. KLM’s mechanics made a number of repairs on the Electra before Earhart and Noonan flew on to Surabaja on June 26, 1937. 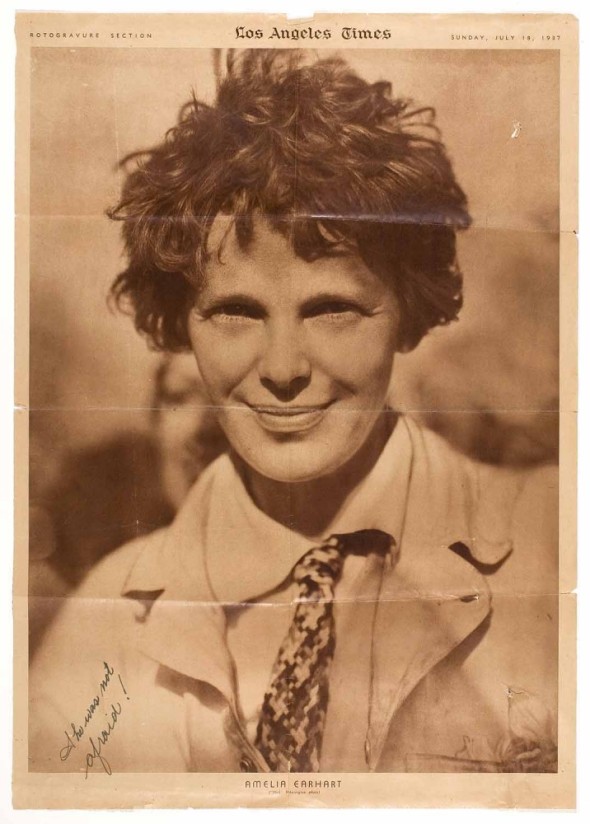 “She was not afraid!” reads the ink inscription on this newspaper rotogravure that ran after Earhart and Noonan disappeared. Many of Earhart’s fans, especially female ones, collected images of her and wrote moving letters to Earhart’s mother about the flyer’s impact on their lives. 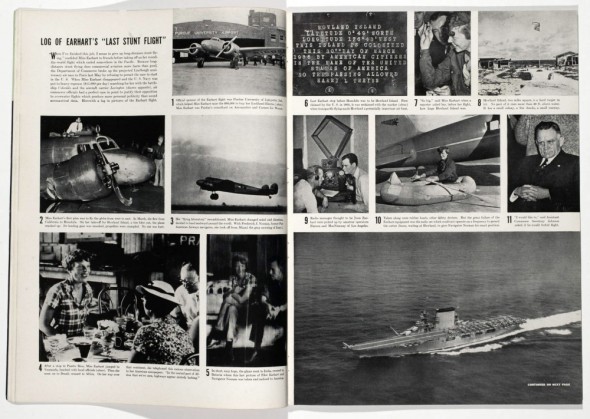 After her disappearance, many magazines published tributes to Earhart, often accompanied by photo essays containing highlights of her career. Although her courage was praised and her accomplishments acknowledged as beneficial to women, LIFE and other magazines viewed Earhart’s 1937 flight as a “stunt” that had done more harm than good to the burgeoning aviation industry.

See images from the 2007 ICP exhibition Amelia Earhart: Image and Icon and catalogue, and photographs from the ICP collection on eMuseum.

Director of Exhibitions and Collections at the International Center of Photography, New York
View all posts by erinbarnett →
This entry was posted in Fans in a Flashbulb and tagged Amelia Earhart, Dick Whittington, Electra, Fred Noonan, Life Magazine. Bookmark the permalink.