Jefferson Davis Dressed as a Woman 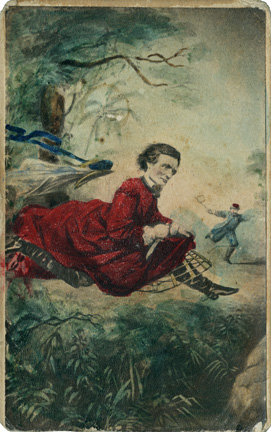 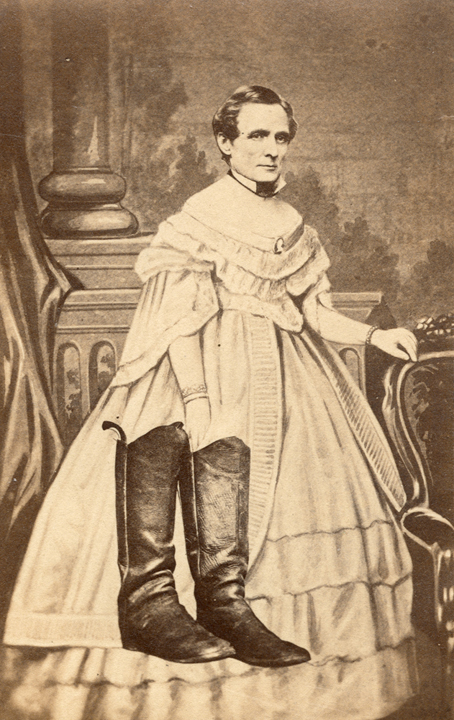 Unidentified Photographer, Jeff Davis in disguise, as he appeared at the time of his capture, 1865 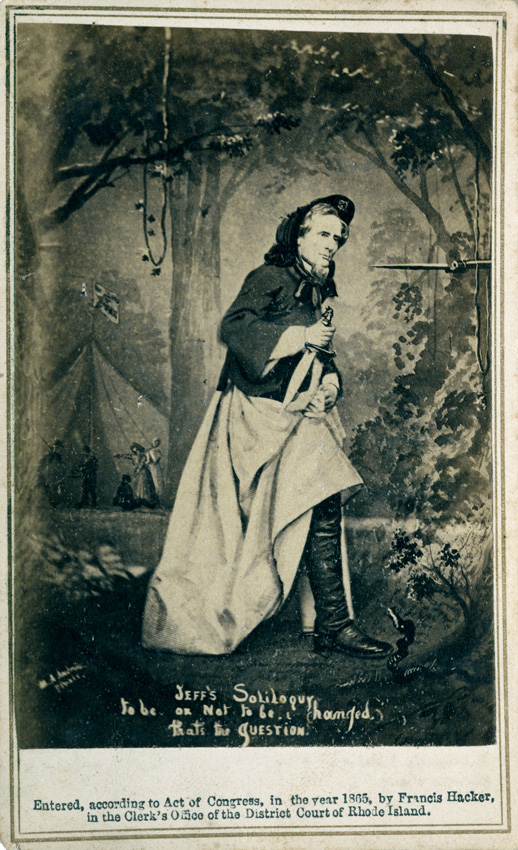 Francis Hacker, Jeff’s Soliloquy, to be or Not to be (hanged) that’s the question, 1865 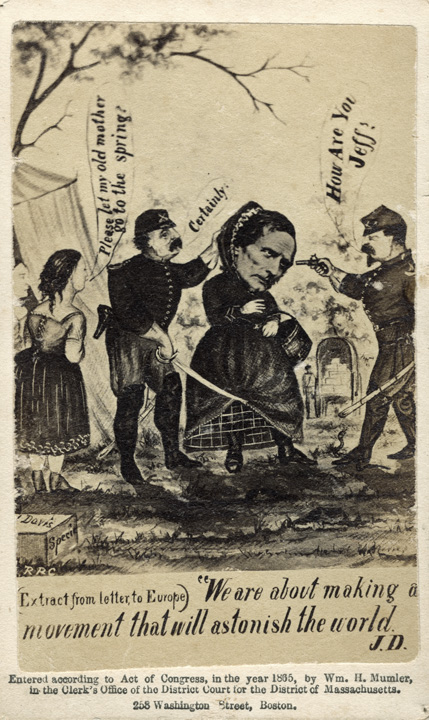 William H. Mumler, “We are about making a movement that will astonish the world,” J.D., 1865 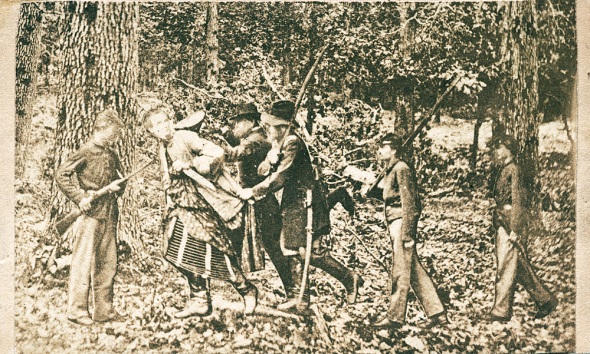 Slightly less than 150 years ago, the American Civil War was grinding to a dispiriting and unheroic end. After the surrender of General Robert E. Lee’s rebel forces and the shocking assassination of President Abraham Lincoln in mid-April 1865, the Confederate President Jefferson Davis was a political fugitive and the future of the Union remained uncertain. At dawn on May 10, 1865, a contingent of Michigan cavalry captured Davis in a makeshift camp just outside Irwinville, Georgia. In trying to flee, Davis had grabbed his wife’s cape and shawl rather than his own. Instantly, news reports circulated that Davis had been apprehended in women’s clothes and that he was attempting to disguise himself as a woman. Northern artists and caricaturists seized upon these rumors of cowardly escape and created wildly inventive images, some using photomontage, to sensationalize the political story by emasculating the fallen leader of the Confederacy. A popular song was “Jeff in Petticoats!” Photographers circulated and even pirated dozens of fanciful photographic cards. Many used a photographic portrait of Davis on a hand-drawn body in a woman’s dress, hat,  and crinoline, but wearing his own boots, the detail that which supposedly betrayed him to his captors. This extraordinary example of the use of photography in early propaganda imagery is amplified in the Jefferson Davis Archive, a unique collection of over ninety works on the theme, including Civil War-era photographs, lithographs, newspapers, and illustrated sheet music, that was recently donated to ICP by its compiler, collector Charles Schwartz, with support from the ICP Acquisitions Committee.

2 Responses to Jefferson Davis Dressed as a Woman