Finding Humor in Times of Tragedy 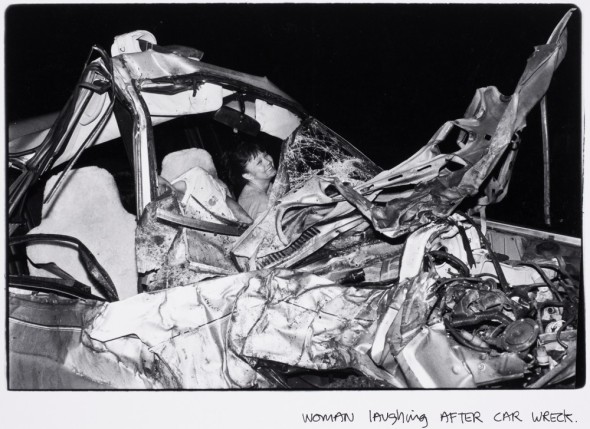 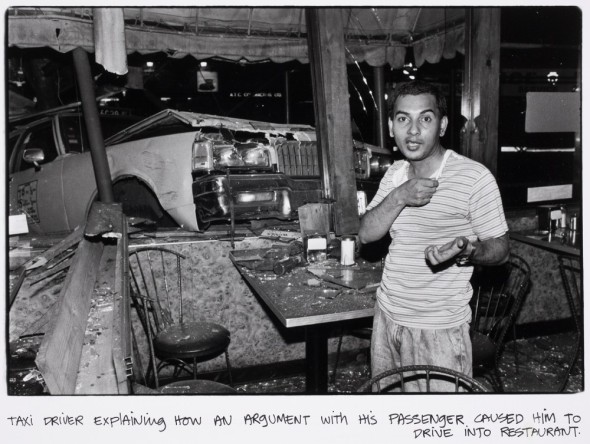 Andrew Savulich, Taxi driver explaining how an argument with his passenger caused him to drive into a restaurant, 1989 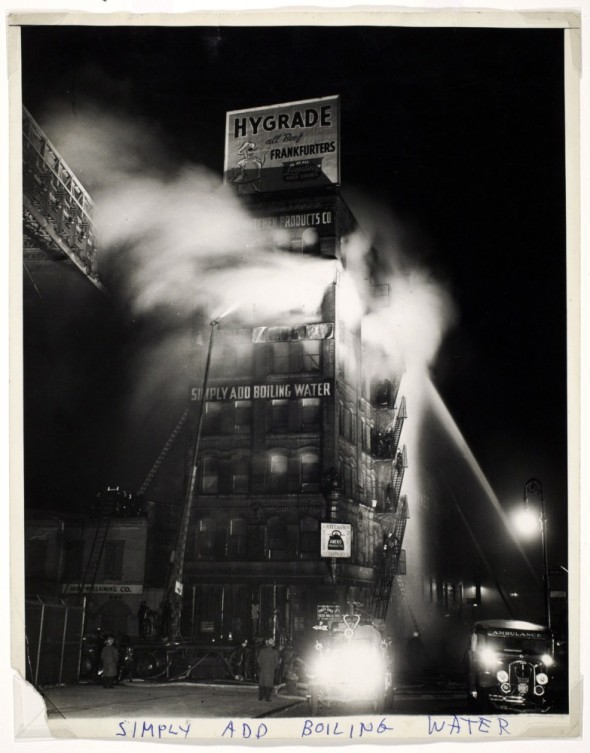 Usually—when tragedy strikes—feelings of grief, empathy, aggravation, and denial can overwhelm the human psyche. In such instances, it seems impossible to look beyond a physical tragedy in order to make light of a situation. Indeed, self-taught photojournalist Andrew Savulich (American, b. 1949) proves that the two can coexist in some state of harmony.

During his freelance years, from 1977 to 1993, Savulich roamed the streets of New York following breaking news reports and documenting the subsequent events as they transpired. While not altogether unique in his approach, which parallels earlier works by Weegee (American, born Austria, 1899–1968), there is a humorous brevity to the captions found on Savulich’s photographs—one that almost mimics the drama of newspaper headline. It is here, in these captions, that the audience is relieved of their grievances and given a momentary glimpse of light (a feat which is never fully, and almost unintentionally, captured by Weegee).

I’m a freelance photographer living and working out of New York City. I specialize in music, tour, and red carpet photography. I am available for both national and international assignments. Please feel free to contact me with any/all inquiries at emily@iturnmycanonon.com.
View all posts by Emily Korn →
This entry was posted in Fans in a Flashbulb and tagged Andrew Savulich, New York City, Weegee. Bookmark the permalink.