Posted on October 6, 2011 by Christopher George 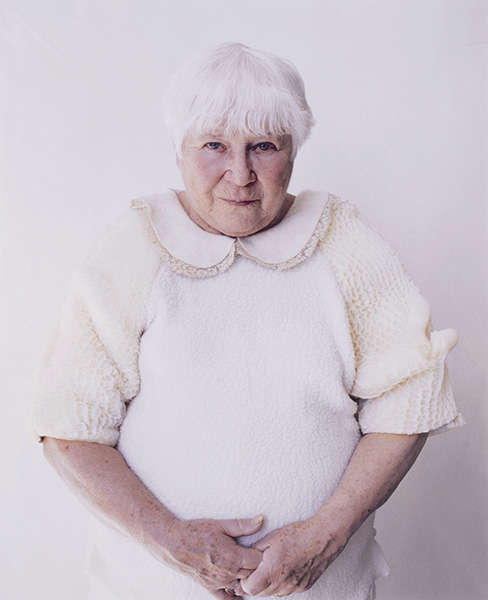 “For a series of pictures titled Perishables, Yolacan used a casting agency to recruit dozens of older white women as sitters. Each model was outfitted in a pastel or cream-colored garment that the artist expertly amended with pieces of raw meat or poultry. In some of these photographs, the women wear prim blouses trimmed with collars and scarves made from chicken parts. In others, the handmade attire is mainly comprised of animal innards such as tripe, sheathing the sitter in a veritable second skin. Generally pale and bloodless, the flesh-derived clothing is not immediately repellent, nor does it disrupt the neutral palette that governs most of these photographs. By way of this pictorial harmony, Yolacan offers a clever critique of the transience of fashion and its typical obsession with youthful vitality as the ruffled or pleated animal flesh suggests sagging or wrinkled skin.”

This entry was posted in Fans in a Flashbulb and tagged Dress Codes, ICP Triennial, Pinar Yolacan. Bookmark the permalink.