Posted on February 8, 2011 by fansinaflashbulb 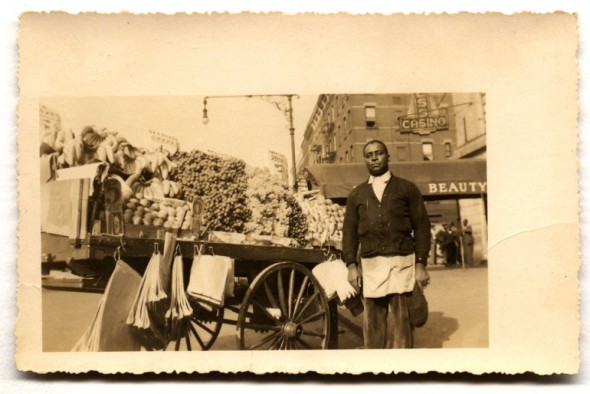 William O. Swint, Sr. (1896–1983), stands next to the fruit cart he operated in Harlem after he had to give up his store during the Depression. According to a note his wife wrote about the photograph, Swint had fruit delivered by wholesalers to the cart and worked twelve hours a day to support his family. He is pictured at 138th Street and Seventh Avenue, the center of Harlem’s commercial and entertainment district. The Renaissance Casino and Ballroom marquee is visible in the background, a dance hall that was popular for its performances by some of the biggest names in jazz and swing.