Posted on December 20, 2010 by carolinepartamian

This past weekend I visited the National Museum of the American Indian in Lower Manhattan. Some photographs of a project by Terrance Houle called Urban Indian Series are currently on view, as part of a larger exhibit, HIDE: Skin as Material and Metaphor.  In the series of photos, Houle wears traditional, colorful Native American garb in modern environments: riding the bus, shopping for groceries, answering phone calls at work. In this modern environment, his garb sticks out as odd and anachronistic. The artist, in his most rooted and ancestral clothing, is removed from his everyday “skin” and comfort, but displays that wearing the traditional garb serves as an effective reminder of American Indian culture and history.

A photo from our Pine Ridge Reservation archive shows a less dramatic but similar effect, of a man in traditional Native American headdress, who seems out of place because of his formal business suit, modern frames, and boots. 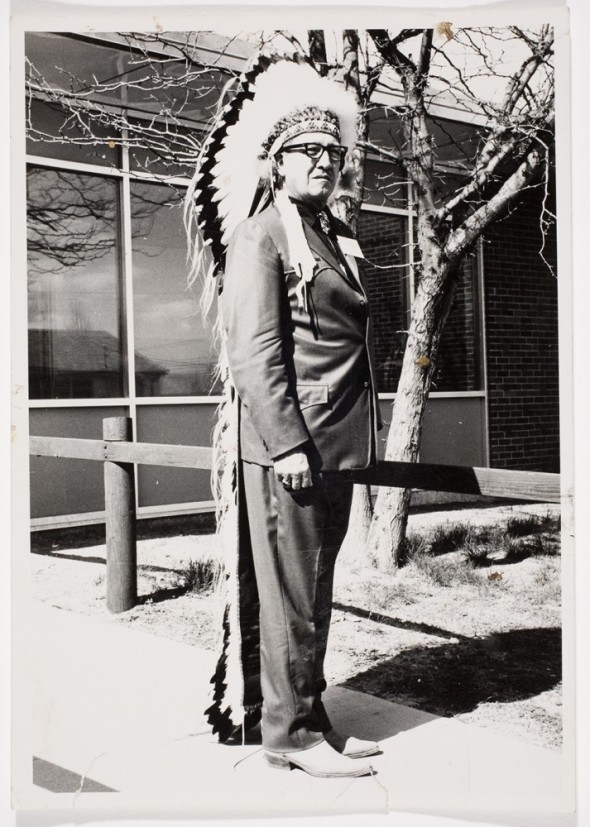 Here are some more photos from the ICP’s Pine Ridge Reservation Archive that showcase the beautiful  traditional garb in a more traditional setting, since we cannot effectively remember and build upon history without examining the past.

This entry was posted in Fans in a Flashbulb and tagged Carl Günther, National Museum of the American Indian, Native American, Pine Ridge, Terrance Houle. Bookmark the permalink.

2 Responses to Fashion a la mode