Posted on November 8, 2010 by claartjevandijk

I’m no more courageous than anyone else. I just feel that photography is important. And I will do what is required to show what is happening. I have a sense of the ultimate—death. And sometimes I must say, “To hell with that.”
—Larry Burrows, Time, February 22, 1971

In 1962 English photographer Larry Burrows was 36 when he first arrived in Vietnam to cover the war. After working at the Daily Express and Keystone photography agency in London, he became a staff photographer for Life Magazine in the early sixties. Although Burrows did not consider himself a war photographer, his work is mostly known for covering war zones, especially his photographs of the Vietnam War. After photographing the war for nine years, Burrows died in a crash when his helicopter was hit by gunfire. The photographers Henri Huet, Kent Potter, Keisaburo Shimamoto, and the military crew also died in the crash with Burrows.

In 1966 Burrows covered a six month battle called “Operation Prairie.” The photographs were published in several issues of Life in the fall of that same year.

The men filing warily through the thicket and the gunner shouldering his rocket launcher across a stream are U.S. Marines involved in one of the meanest, most important battles of the war. The ground they are contesting is just south of the supposedly demilitarized zone—the “DMZ”—which divides North and South Vietnam. North Vietnamese troops infiltrated the DMZ in preparation for an offensive which the Marines and other troops were primed to stop.

[…] Escorted by tanks and supported by air strikes that sear the jungle just ahead, troops of the Second Battalion, Fifth Marines, begin a sweep–part of the “reconnaissance in force” called Operation Prairie—through terrain just below the DMZ as difficult as any in memory. “Mountains like Korea, jungles like Guadalcanal,” grumbled one veteran. “Only thing missing is snow.” The foot soldiers—who call themselves “grunts”—could expect ambush from any direction by North Vietnamese troops.
Life, October 28, 1966 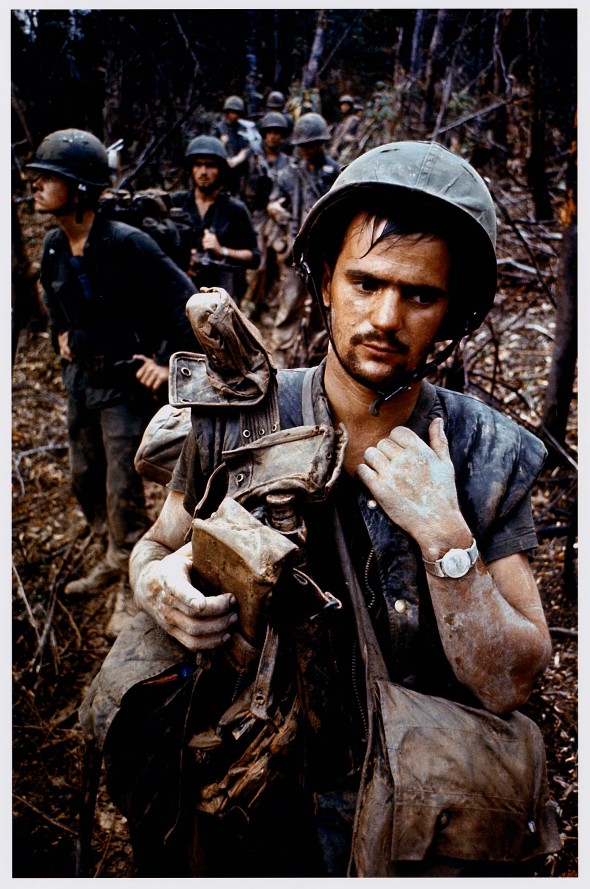 Having failed in their first attempt to take Hill 484, troops from the 3rd Battalion, 4th Marines drop back to a safe distance to allow air and artillery strikes to help dislodge the NVA defenders, October 1966 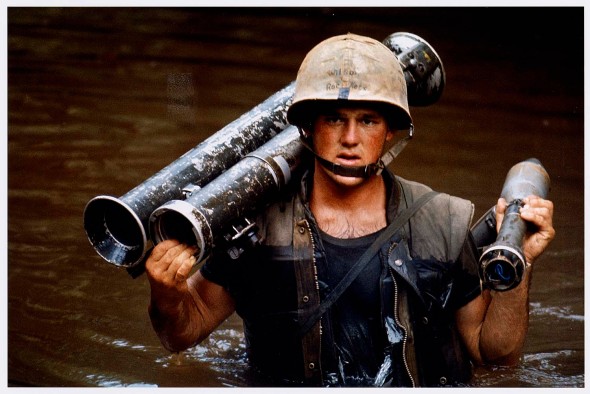 Within feet of the DMZ and at constant risk of ambush, a mortar-equipped marine wades through another of the rivers and steams that combined with the hot, jungled and mountainous terrain to make maneuvering on this operation such tough going, October 1966 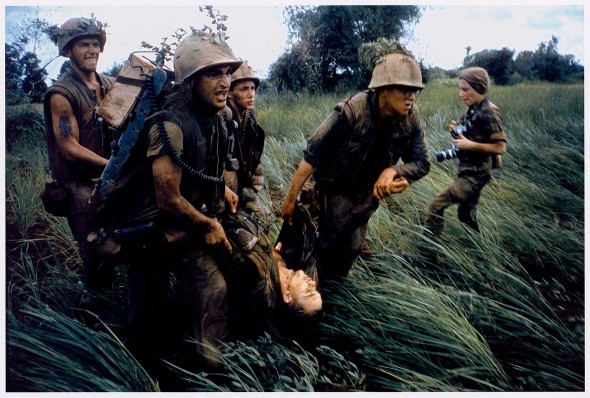 Four marines recover the body of a comrade under fire. On the right: French photographer Catherine Leroy, who had flown in on a supply helicopter, October 1966 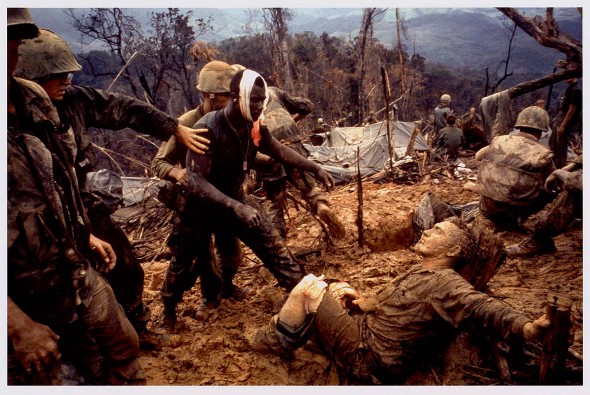 “Reaching out.” Guided from a first-aid station to a helicopter evacuation clearing, yet still wanting to turn back to his dead commanding officer, a marine gunnery sergeant instinctively moves toward a mud-splattered comrade, October 1966

Assistant Curator, Collections at the International Center of Photography, New York
View all posts by claartjevandijk →
This entry was posted in Fans in a Flashbulb and tagged Larry Burrows, Life Magazine, photojournalism, Vietnam War. Bookmark the permalink.