Posted on October 4, 2010 by claartjevandijk 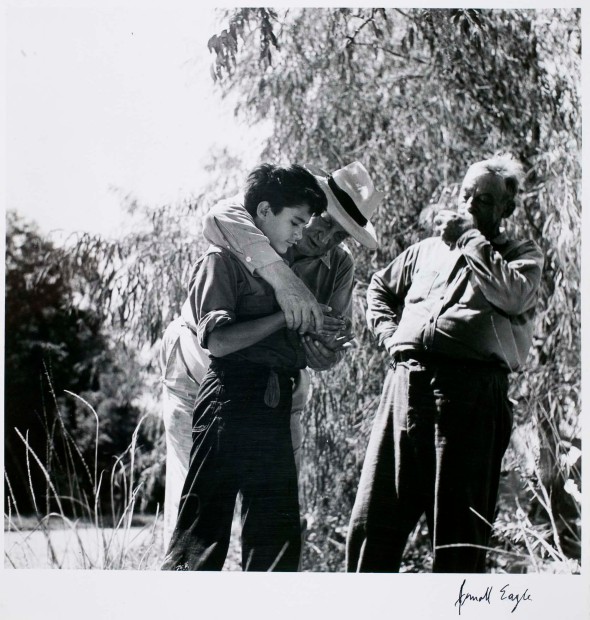 In 1948, director Robert H. Flaherty produced Louisiana Story, a film about a young Cajun boy and his pet raccoon whose life changes drastically with the start of oil-drilling in the wetlands close to his home. Afterwards the oil company moves on, leaving behind a clean, intact natural landscape and a wealthy Cajun family. The film was commissioned by the Standard Oil Company. Flaherty worked closely together with his wife, writer Frances Flaherty, camera man Richard Leacock, and Helen van Dongen, who was renowned in her field, among others for her extensive collaboration with filmmaker Joris Ivens on The Spanish Earth, among others. Van Dongen had the difficult task of editing a vast amount of materials that Flaherty shot, who preferred working without the lead of a laid-out script.

After the death of her husband in 1951, Frances Flaherty devoted her life to the outreach and the interpretation of Robert Flaherty’s work:

The camera was a machine to see more than the eye could see. He [Robert Flaherty] didn’t presume to write scripts. He didn’t presume to tell the camera what to see. He didn’t say to the camera “this is life.” He asked the camera: “What is this mystery that you can see better see than I can see? Through your eyes we rediscover the world around us, we rediscover ourselves. The world is at morning again and we are reborn to find that one moment, that one moment for just both revelation and recognition.” The moment of truth, which he knew the camera left to itself to find.