70 Years Ago Today… A New Kind of Newspaper: “We are for people who are kindly and courageous and honest.”

On June 18, 1940 the first (Vol. 1, No. 1) copy of PM rolled of the presses (leased from the Brooklyn Daily Eagle) and into the hands and under the eyes of eager New Yorkers.

PM is a new kind of newspaper in that it imitates no existing publication. It has grown out of some five years of experimentation which began with a hypothetical question I posed myself: Suppose there were no newspapers in existence whatever, but simply, on one hand a great desire and need to know what’s going on and, on the other, the raw material, the [people], machines, ideas and knowledge of publishing with which that demand might be better satisfied than it is now. How would a reasonable and imaginative group of editors, writers, photographers and artists put these materials together in a daily publication supported directly by its readers–rather than being supported indirectly by its advertisers.
PM will be written in words and pictures. PM‘s choice of pictures: Over half PM‘s space will be filled with pictures – because PM will use pictures not simply to illustrate stories, but to tell them. Thus the tabloids notwithstanding, PM is actually the first picture paper under the sun.

PM has made a contract with one of the major picture agencies for its full international picture service. PM will also maintain a staff of its own photographers, headed by Margaret Bourke-White, and employing the foremost experts in the country. In addition to this, special editors of PM will devote all their time and energy to tapping every possible photographic source, such as the 12,000,000 American camera fans, government bureaus, foreign agencies, etc.

As with stories, pictures will not appear simply because we have them in the shop, but each must justify its own space in its interest to the reader. To maintain quality PM will draw from a large bank of photographs and will make no bones about the fact that it would rather print a fine, striking picture, only indirectly connected with the news of the day, than a dull spot news wirephtoto. For once more, as with words so with its pictures: PM must not bore the reader. 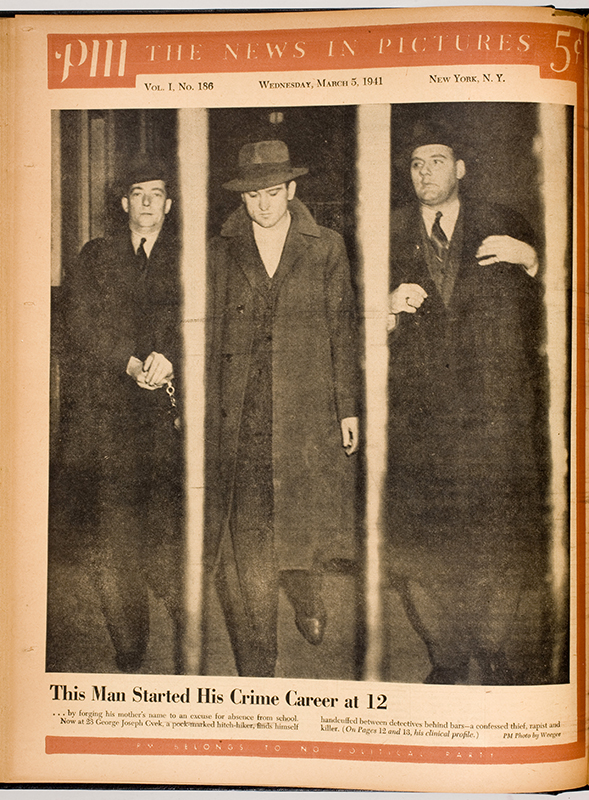 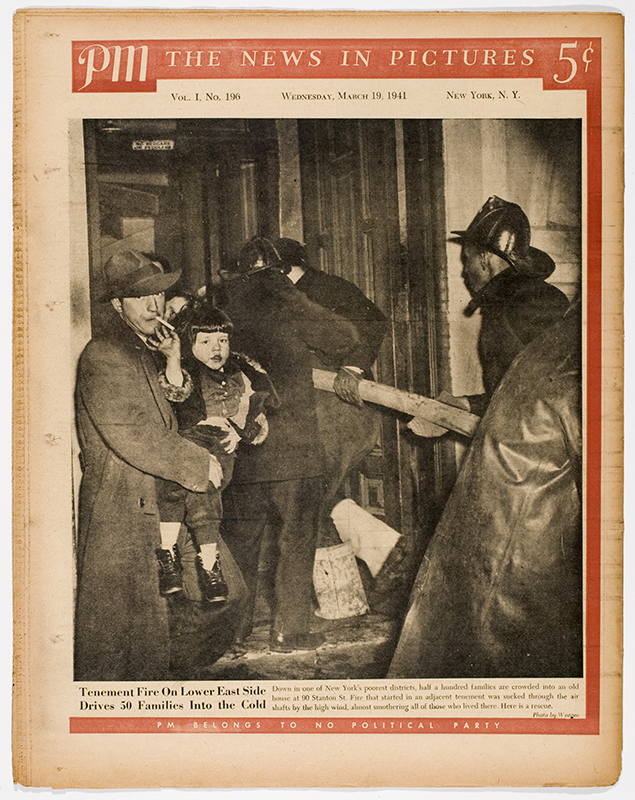 1 Response to 70 Years Ago Today… A New Kind of Newspaper: “We are for people who are kindly and courageous and honest.”