Life Is Good & Good For You In New York: Trance Witness Revels

Posted on December 5, 2008 by bernardyenelouis

The Bronx-born William Klein left the United States after World War II to settle in Paris. Returning to New York City in the mid-1950s while under contract at Vogue, Klein in essence rediscovered the city, using his camera in an exploratory, stream-of-consciousness manner. Given the support of Alexander Liberman at Condé Nast, and the use of the Vogue darkrooms, Klein photographed the kaleidoscopic street culture of New York City and conceived of the work as existing, ultimately, in book form. Klein did the editing and layout as well.

William Klein’s background in painting and graphic design—and the cosmpolitan urban culture of post-war Paris—informs the high contrast printing, the cinematic juxtapositions of images, and the expressionistic framing of the pages. Signage and advertising act as narrative commentary. The salty humor of many of the images relate it to an earlier book “about” New York City, Weegee’s Naked City (New York: Essential Books, 1945), and the vernacular of daily tabloid culture, but Klein’s book exists in a more hermetic, abstract, experiential form. This is a remarkable document of an anonymous urban walker in an eclectic, delirious, unstable city. 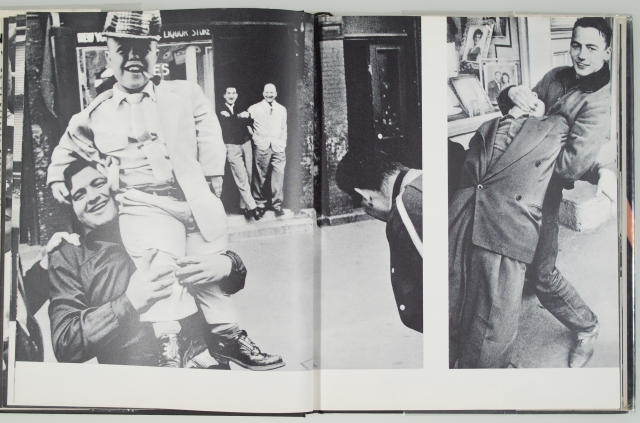 5 Responses to Life Is Good & Good For You In New York: Trance Witness Revels